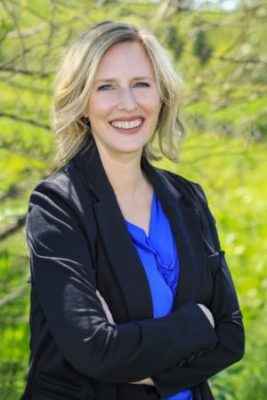 Having just come through an Iowa election from the inside as a legislative candidate, I’ve had a behind-the-scenes view of how the party operates in an election cycle. I have decided to run for Iowa Democratic Party 1st Vice Chair because I have a passion for implementing the changes we need to start making now to position us to win back the Governor’s office and make gains in the statehouse and in Congress in 2018 and 2020. Election night 2016 shocked us all. In Iowa, not a single Democratic legislative challenger defeated a Republican incumbent (including me; I lost my race to represent northern Ankeny in the Iowa House).

With the Governor’s office and both the Iowa State Senate and House under Republican control, our party activists are more important now than ever. We need to be sounding the alarm constantly, letting legislators know that people are watching how they vote, and letting voters know what the people they elected are doing at the statehouse (setting the stage for a correction in 2018). We need to strengthen our party infrastructure so that it’s easy for people to get and stay engaged, and to harness the anger, fear, and frustration many people are feeling into action. (And after the rallies are done, we need to maintain contact with the people who are showing up, welcoming them to remain involved with the party).

But if we want to see our values and priorities reflected in the laws of our state and nation, we need to win elections. Here are some things we as a party need to do:

Create a permanent statewide party structure. From the caucus to the coordinated campaign, all over Iowa dedicated activists, volunteers, and candidates reinvent the wheel every election cycle. Permanent, paid organizers in each Congressional district would help create the kind of ongoing outreach into rural areas, relationship-building, and leader development (building the bench) that we need to be doing all the time, throughout the state, not just in the urban areas during election cycles.

Strengthen our existing party infrastructure. We need to formalize our institutional knowledge and make sure it is shared throughout the state. The county party organizations are the backbone of the statewide party. We need to ensure that every county Chair has access to our informational resources, and that we focus on capacity-building through structured sharing and regular trainings on issues like fundraising, building the bench, and community building.

Strive for a precinct-level grassroots strategy. The Clinton campaign started in Iowa with the goal of having one Hillary supporter in every precinct across Iowa. They were able to achieve that goal in 4 months. The Polk County Democrats are doing a great job working on identifying a Precinct Leader for every precinct; this is going to take time, but it’s a model that should be shared with all county party organizations. A similar program in Oregon, the Neighborhood Leader program, increased Democratic voter turnout from 48% to over 75% in areas where the program was active. The critical aspect of this strategy is that it’s a long-term process; finding these community leaders and keeping them engaged in off-years is how we create a strong, stable statewide party.

Forge ongoing partnerships with organizations representing minority groups. One complaint heard loud and clear from minority groups this cycle was the perception that the party only sought them out when they were needed for the election. Instead, we should be working hand-in-hand with them on a regular basis, asking their input for ways to help their members be more involved and feel like they are a part of the Iowa Democratic Party.

Help local legislative candidates. The House Truman Fund and Senate Majority Fund are the groups within the party responsible for winning legislative elections; it’s perfectly understandable that they put their resources behind races they think are winnable. The flip side of that coin, however, doesn’t need to be throwing candidates in red districts into the deep end and leaving them on their own to sink or swim. Although my race wasn’t targeted, I was always given (non-financial) help when I asked for it, but my experience was not shared by candidates throughout the state. The House Truman Fund provides a “how to” booklet to new candidates, but not every candidate was given one, for example.

Structured, consistent assistance to local candidates needs to come from the state party, for example through more robust candidate training, formal mentoring from current or past legislators, and creating channels of communication for candidates to share best practices and learn from one another. Each of those was critical in helping me run my House campaign, and they were all things I sought out by myself.

Be sure we are welcoming to both existing and new Democrats. We need to maintain contact with new and existing Democrats on a regular basis, not just when we need them to come down to work a shift before a caucus or election.

Caucus night is a missed opportunity to reach out to the rooms full of passionate Iowans who come out to get involved in the political process. Recruitment for party leadership positions is often an afterthought tacked on to the end of the night when everyone wants to go home, and follow-up with caucus attendees is sporadic or non-existent. Instead, county party (or precinct) leadership should have a plan in place to contact those people to encourage them to stay involved.

Improve our messaging by really listening to the other side. To widen the tent (or to bring back disillusioned Democrats), we have to listen first, then get our points across using their language, not our own. Liberals tend to think that if we can just tell people the right fact or statistic, that we’ll win people to our side because we’re right. Republicans campaign–and win–on emotions. We need to listen carefully to the voters we lost this election, figure out which emotional chords we share, and use those to craft our messaging, not continue to bombard people with statistics that clearly are not speaking to them.

Raise money. No Democrat likes money in politics. But building a strong statewide party infrastructure will take money, and the IDP Chair needs to lead that charge, with the help of the Vice Chairs and SCC. We need to revitalize our fundraising strategy, and the thorough beating we received in 2016 actually provides us with an opportunity; we need to act now to communicate to both large and small donors that we have learned from 2016 and need their support to rebuild the party.

Safeguard Iowa’s role on the national stage. After 2016, Iowa is no longer a swing state. We’ve moved farther to the right than Texas. We have one chance, in 2018, to show that we as a party have learned from our mistakes and have corrected course, and that we’re still a purple state. Maintaining Iowa’s First in the Nation status is critical to keeping Iowa on the national map, which brings resources into the state in Presidential election years that (usually) help our Congressional and legislative candidates.

Activism is like the crash cart brought to the scene of our recent political disaster; it can save lives and is critical right now. Systematic, sustained party building may be less exciting, but it’s how we avoid similar disasters in the future. We need to do both now, harnessing the passion that Democrats across the state are feeling. I hope to be able to help as the 1st Vice Chair of the Iowa Democratic Party.

Andrea Phillips was a candidate for the Iowa House of Representatives for District 37 in 2016. Her campaign was highlighted by the Progressive Caucus and Andrea was endorsed by AFSCME, ISEA, Planned Parenthood Voters of Iowa, and the Asian and Latino Coalition, among others. Before moving to Iowa in 2009 to raise her family, Andrea lived and worked in China for a decade. Her professional background is in marketing and community relations; she has a BS in Economics.