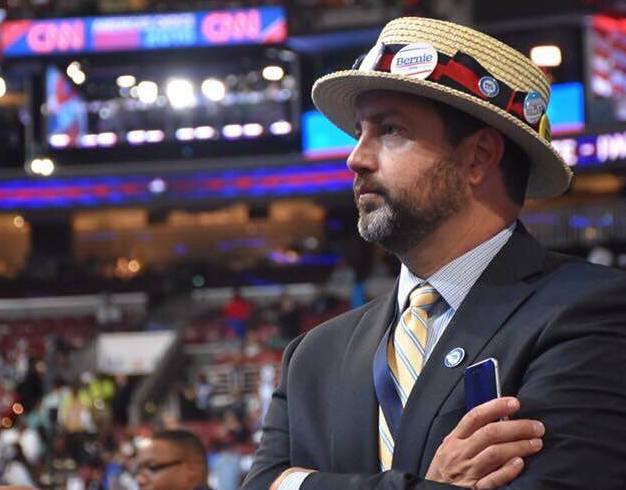 Linn County Board of Supervisors Chair Brent Oleson submitted this written statement in lieu of a speaking slot at this evening's Iowa Legislature Public Hearing on Collective Bargaining Changes. -promoted by desmoinesdem

I graduated Burlington High School in 1989. I said then and I say now, that Mr. David Wendt was the best teacher I ever had. He had a huge impact on my life. He just retired last year from Keokuk High School with more than 35 years of service, with a pension he earned and the satisfaction of having educated and positively impacted the lives of tens of thousands young Iowans. The most important concept he taught me was to truly critically think....to critically think, an invaluable skill.

Mr. Wendt was my speech and debate coach. I blame him for driving the two hours here to speak for 3 minutes. Mr. Wendt always said, if you don’t stand up and say something well-informed, intelligent and persuasive, then the status quo, good or bad...or very bad, will win the day.

I’m not here as some political stooge for the unions and I’m not here as some stooge for the now in-vogue anti-union groups. As an elected official in Iowa’s second largest county and city, I have been on the management side of negotiating contracts for the taxpayers. I wasn’t able to secure an endorsement from AFSCME this last election, presumably because I took my high school teacher seriously when he encouraged us to truly develop our abilities to critically think. As a negotiator for management of Linn County, I operate in the realm of negotiating in good faith for a win-win outcome for the taxpayers and those providing the services that the taxpayers demand and prioritize. In my 8 years we have never once went to arbitration. Not once. We have never once given away the store either. Quite the contrary.

I have used permissive bargaining topics as leverage for a reasonable deal. The unions have used their own leverage for their own ends. I have used health insurance premium contributions against other bargaining items like wage increases to be more in line with our private sector partners. Our average year over year wage and fringe package is a quite low to our comparables. In Linn County we have been able to implement property tax cuts and have a levy below that of the rate when I started 8 years ago. So don’t count Linn County in your counties clamoring for state legislators to play big brother to us by dictating our collective bargaining rules, or to ban our Board from spending the 30 seconds needed to enter a routing number on an employee’s paycheck to go for a contribution to United Way or the dues for the Union for which they belong.

No, don’t count us among them, because what you’re doing is pure and raw partisan politics. It’s a so-called solution in search of a problem.

In Linn County, some of the biggest labor expenses we face in our local governments is law enforcement, emergency preparedness/response and fire protection. But, I see Law Enforcement and Firefighters are exempt...THIS TIME. Hmmmm, is that good public policy or again raw politics. We know the answer to that question.

Teachers, snowplow drivers, janitors, prison guards, in fact all county, city and school district workers will not be permitted to take the 30 seconds it takes each year to have a payroll deduction of union dues, even though Iowa has long been a “right-to-work” state and all employees who sign up to pay dues, do so voluntarily. Good public policy? Or raw politics. Can we still allow employees to give to United Way? Or is that bad public policy TOO…or just good politics?

The only topic on which unions will retain bargaining rights is wages. Even then, wage bargaining is largely meaningless. The new law will allow the arbitrator to grant a wage increase of no more than 3 percent or the percentage increase in the consumer price index, whichever is less. A formula? A formula with an arbitrary number and another formula generated number that isn’t directly correlated to inflation and by coincidence hasn’t been over 3% in in more than a decade. Doesn’t sound like the so-called flexibility and local control that is being sold as the justification for these unprecedented and sweeping changes being proposed.

Chapter 20, the Iowa Code section for collective bargaining in the public sector, was enacted in 1974 by Republican Governor Robert Ray and a majority Republican Iowa House and Senate.

I didn’t receive the AFSCME endorsement last election. They didn’t even return my call. Did I take it out on my local bargaining unit in contract negotiations? Hell No! Because I am a grown up and have a job to do for the people, all the people. Grow up and do what you’re elected to do, which is serve all the people.

I say grow up and do what you were taught to do by your teachers, your teachers that were the equivalent to my civics/government/speech teacher Mr. Wendt...critically think. This proposal isn’t solving any problems other than the pure partisan politically driven problems you have with the labor leaders of the teachers, county, city, and other government employees. What is saddest of all is that it isn’t even solving that problem, because what goes around comes around. A 40 year compromise is being replaced by a two-week fiat, that will likely be replaced by an alternative fiat sometime in the future. Because that’s what we do now, in our take-no-prisoners approach to political supremacy, rather than measured and thoughtful public service. Good bye 1974 Iowa, welcome to our brave new Iowa of “I win, you lose, compromise is for losers.”