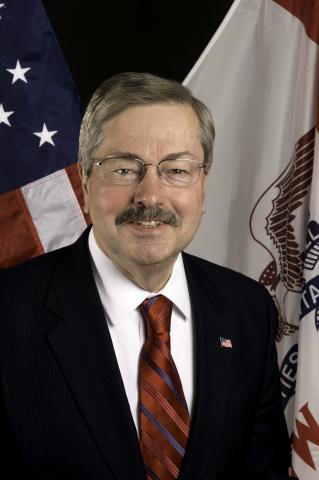 Governor Terry E. Branstad’s gutting of Iowa Code Chapter 20, upon his signing of Senate File 213, will be remembered as the most destructive blow to our ability to govern ourselves fairly and efficiently in nearly half a century.

His unprovoked legislative assault will be recalled for its radical and disruptive contrast to the foresight of Branstad’s venerated Republican predecessor, Governor Robert D. Ray.

In 1974, Governor Ray inspired a bipartisan majority of Iowa legislators to pass what was then, and is still, recognized as the best public-sector collective bargaining law in the United States.

Three principal features of Governor Ray’s approach were clear, profound and straightforward. First, under it, public workers promised not to strike — in an era in which public worker strikes across the nation were prevalent.

Second, in return for their promise, workers, for the first time, were offered a meaningful seat at the collective bargaining table. A statutory list of “mandatory” bargaining issues assured them that they could engage in meaningful discussions about critical workplace issues.

Third, a new balance was struck between employees and management by a system under which negotiators would either agree to the terms of a particular collective bargaining agreement or disputed items would be awarded by a neutral arbitrator.

While not a perfect law, Iowans have been well-served by Chapter 20. Since 1974, very few public-sector employees have gone on strike. Iowans have benefited, with public services reputed to be among the most-efficiently delivered in the nation.

Every year, in scores of communities across the state, hundreds of local, elected leaders governing cities, counties, school boards and other agencies, sit down with union leaders elected by their peers, and, together, they assemble collective bargaining agreements.

If anything, to assure that meaningful negotiations can help to address the thorniest of workplace issues, that list of mandatory bargaining topics should be lengthened, not root-and-branch-removed, to include such additional topics as discipline and discharge, and matters of worker safety.

In stark contrast to the deliberative process and extended public debate of 1974, the approach of Governor Branstad and legislative leaders 43 years later has been to write this law behind closed doors, with ink drawn from the wells of predatory, partisan special interests whose attacks on public-sector employees are unrelenting, in Iowa and in other states.

Under SF 213’s radical changes to Iowa law, topics for negotiation will be reduced to almost nothing beyond wages. The role of elected union leaders, and the organizations they represent, as envisioned by the new law, will be starkly withered. And, the management-labor equilibrium uniquely established under Chapter 20 will be replaced with a system that empowers management at the expense of muzzling workers.

For any legislative proposal, a reasonable person must first ask: What problem would this new law fix? In this instance, to eviscerate Chapter 20 will not fix any fundamental problems affecting our public sector managers or employees or improve the delivery of public services.

Rather, the present moment is less one of good policy than it is of eager political cruelty.

Republican legislators have joined with the governor to exercise the will of powerful interests — a raw agenda of power brokers long at the far edges of the Republican Party: to drive down wages and benefits; to beat down public sector unions; and to discourage workers from exercising their basic American right to organize peers to improve working conditions.

This alien political attack is destined to injure Iowa’s very idea of itself: a state that treasures public education and those who teach our children; a place where governmental institutions, on the whole, are operated efficiently by capable public servants who frequently view public employment as a “calling,” and not just a job; a special spot on earth, where citizens are accustomed to engaging in open and robust debate to reach consensus before making major policy decisions.

This is an oddly destructive, but, perhaps, fitting legislative chapter for Governor Branstad to write, as he packs his bags to serve as ambassador to China, a nation without any tradition of collective bargaining rights for public sector employees.

James C. Larew is an attorney in Iowa City with a wide range of experience, including employment law. He served as general counsel and chief of staff for former Governor Chet Culver, a Democrat.