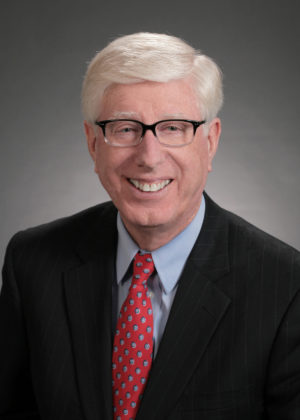 To "avoid any questions about a potential conflict," Iowa Attorney General Tom Miller will request that outside legal counsel defend the state against a public employee union's legal challenge to Iowa's new collective bargaining law. AFSCME, the largest labor union representing state workers, and four of its members filed suit on February 20, charging that House File 291 violates Iowa constitutional provisions on equal protection and non-interference in contracts. In a statement I enclose in full below, Miller said he will ask the Iowa Executive Council to approve other counsel for this case, because "the new collective bargaining law has the potential to existentially threaten the viability of public sector unions," which have supported him in past campaigns.

The council is likely to approve Miller's request. Its five members are Governor Terry Branstad, Secretary of State Paul Pate, State Treasurer Mike Fitzgerald, Secretary of Agriculture Bill Northey, and State Auditor Mary Mosiman. Branstad's spokesperson Ben Hammes told Barbara Rodriguez of the Associated Press, "[Miller] summed it up when he said that AFSCME had supported him in the past and he wants to avoid any questions about a potential conflict."

The Attorney General's Office defended the Branstad administration against a lawsuit challenging the closure of the Iowa Juvenile Home, for which AFSCME Iowa Council 61 President Danny Homan was a plaintiff. But outside counsel defended the state when Democratic lawmakers and Homan challenged the governor's use of line-item vetoes to close Iowa Workforce Development offices.

Miller may need to ask outside counsel to be appointed if other labor unions and public employees file additional lawsuits challenging the collective bargaining law. Aside from the points raised by AFSCME, several other provisions may raise constitutional questions:

• The law may violate free association rights by requiring unions to win a majority of all eligible voters, not just those who cast ballots, in order to stay certified.

• The law eliminates a quid pro quo contained in the first paragraph of Chapter 20, which could be seen as a due process violation.

DES MOINES – Attorney General Tom Miller today announced that he will ask the Iowa Executive Council to seek outside legal counsel to defend the state against the lawsuit challenging the constitutionality of House File 291, the collective bargaining bill signed into law on Friday.

The Executive Council, comprised of the governor, secretary of state, state treasurer, secretary of agriculture and state auditor, must approve the appointment of outside counsel to represent the state.

“As the new collective bargaining law has the potential to existentially threaten the viability of public sector unions—many of the very same organizations that have supported me in the past—I am recommending that the Executive Council seek outside legal representation to defend this lawsuit in order to avoid any questions about a potential conflict,” Miller said. “While the extraordinarily professional and skilled attorneys in my office have vigorously defended Governor Branstad and the legislature in past lawsuits involving AFSCME, I think it’s most prudent in this highly charged legal dispute to avoid any appearance of politics clouding our office’s legal representation and judgment.”