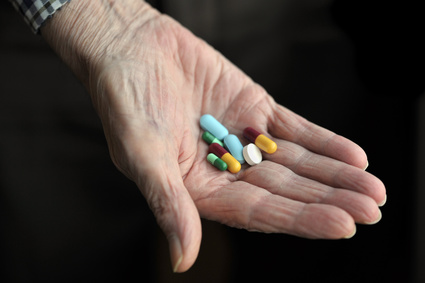 Did you know drug companies exploit charities to increase their profits? Neither did I before reading this piece by Austin Frerick. -promoted by desmoinesdem

Susan, a 52-year-old mother of two from Indianola, thought she had landed the perfect job. She would be sitting behind a desk in Des Moines after years of working on her feet in retail and even got new benefits like the day off on Christmas Eve. But her excitement ended when her life insurance application was denied because she had Hepatitis C.

Susan is one of 3.5 million Americans living with chronic Hepatitis C, nearly 80 percent of whom are “baby boomers” (born between 1945 and 1965). Susan, like most other baby boomers, was likely infected during a blood transfusion before hospitals screened blood for the virus. The infection can last a lifetime and lead to serious liver problems, including cirrhosis (scarring of the liver) or liver cancer. Many other baby boomers in Iowa only recently discovered that they were infected, either through a routine physical or when they started showing symptoms. A new report by the state Department of Public Health found that reported cases in Iowa have increased by nearly 200 percent since 2000.

Hepatitis C remedies used to involve 6 to 12 months of treatment with cure rates of only 70 percent or less and potentially severe side effects, including anemia, depression, severe rash, nausea, diarrhea, and fatigue. In December 2013, the FDA approved a new specialty drug that revolutionized treatment by preventing the virus from multiplying in the body in 94-97 percent of patients. But this breakthrough came at an exorbitant price: $84,000 for the cure, or $1,000 per pill.

The drug’s cost provoked a backlash. In December 2015, Senator Chuck Grassley released a report investigating the cost of the medication, which revealed that executives decided to charge an excessive price despite the potential to spark outrage. “Let's not fold to advocacy pressure,” an executive vice president for commercial operations wrote in an internal email, “let's hold our position whatever competitors do or whatever the headlines.” This strategy proved to be very profitable. Since the drug’s release, the company’s stock has soared.

There is hope for patients covered by Medicare, which most people with Hepatitis C either have or will have soon. The average Medicare recipient paid $5,497 (15 percent of the total cost) in 2015 for the cure. Moreover, charities pay up to $15,000 for patients making less than $58,850 a year as of March 2017 (or $79,650 a year for couples). Nearly 75 percent of Medicare recipients earn less than this amount, meaning that the vast majority qualify for assistance.

Recent reporting, however, indicates that pharmaceuticals companies mostly fund these “independent” charities and receive a tax deduction for their donations. In fact, ten pharmaceutical companies claimed one-sixth of all corporate charity deductions in 2014. Although these kickbacks help cover copays for many patients in need, they also inflate the cost of drugs, leaving the government and people like Susan to pick up the tab.

As a result, Medicare spent more than $7 billion in 2015 on this drug alone – the most for any one drug. I explored how drug companies exploit charities to increase their profits in a paper published last fall.

Congress has considered several solutions for lowering drug cost, such as allowing Medicare to negotiate prices and importing cheaper drugs from Canada. Although he promised action, neither Grassley nor his fellow Iowa Republican Senator Joni Ernst co-sponsored legislation allowing for the importation of cheaper drugs despite a 2015 showing 72% of Americans in favor. Grassley did support a symbolic vote for importing drugs from Canada, but Ernst did not. Similarly, neither senator sponsored recent legislation that would allow Medicare to negotiate prices with drug companies.

Moreover, recent congressional proposals seek to increase the deduction that companies can take for charitable donations, which could lead to even higher drug prices. The infusion of dark money following Citizens United means that we cannot know how much money Grassley and Ernst have received from pharmaceutical companies.

Meanwhile, Susan is still waiting for the cure. Her company restricted access to the drug because of its high $1,000 per pill cost. Instead, she will have to wait for years until she qualifies for Medicare.

Milton Friedman famously said that corporate charity is “frequently a cloak for actions that are justified on other grounds.” This cloak threatens the solvency of Medicare and leaves millions of people like Susan in purgatory. By failing to sponsor legislation that would help bring down the cost of drugs like this one and instead supporting legislation that would have the opposite effect, Susan’s senators have left her high and dry.

Austin Frerick is an Iowa native and economist who has worked at the Institute for Research on Poverty and the Congressional Research Service. You can read his past writing at Bleeding Heartland here.