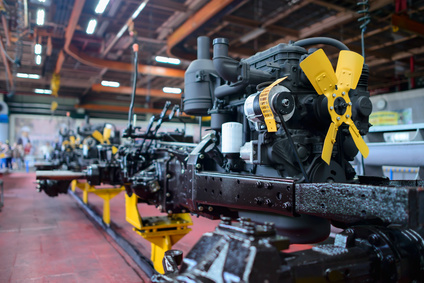 Iowa native Austin Frerick is an economist who has worked at the Institute for Research on Poverty and the Congressional Research Service. -promoted by desmoinesdem

In the article, two Iowa State University researchers argued that these communities should seek to lure “professional services jobs in health care and education and attracting lawyers, accountants and architects” instead of pushing for more jobs in manufacturing, which they call a “race to the bottom.”

Fort Dodge, Keokuk and the 15 other midsize cities can thrive with both manufacturing and professional service jobs. Moreover, there is a real opportunity to bring back the type of well-paying manufacturing jobs that will allow these towns to once again thrive.

The challenge that these towns face is that, because of technological advances, almost all new jobs in manufacturing since 2000 require an education beyond a high school degree.

But improving access to education is not enough. Iowa needs to aggressively grow its advanced manufacturing base. Like any investment, this effort requires an initial outlay.

In 2012, President Barack Obama proposed the establishment of the National Network for Manufacturing Innovation, including the creation of 15 independent non-profit centers that cultivate different niche advanced manufacturing industries. These centers would bring together the latest academic research with entrepreneurs, industry associations, economic development authorities and state and local governments. The Obama Administration modeled this proposal after the acclaimed Fraunhofer Society in Germany. The Society’s 67 institutes have long been credited for the country’s success in a thriving advanced manufacturing sector.

With Congress only funding a portion of the initial request, the Obama Administration just got eight centers up and running nationally. Let’s go further and create 17 right here in each of Iowa’s midsize cities. For example, a center in Carroll for agricultural equipment would help its manufacturing base thrive, because it would bridge the latest research from Iowa State University with local tractor part suppliers so that their products are constantly state of the art globally.

Iowa towns cannot turn things around simply by attracting another accountant or two. Many more Iowans will succeed if we focus on developing robust advanced manufacturing industries in these communities by offering free post-secondary education and establishing innovation hubs.

It’s time that Iowa lawmakers stop cutting taxes for a few and instead work on cultivating a business environment that enables all Iowans to thrive. I hope the Iowa Association of Business and Industry can join me in the support of these two initiatives given their public support of advanced manufacturing.

This piece was originally published in the Des Moines Register.