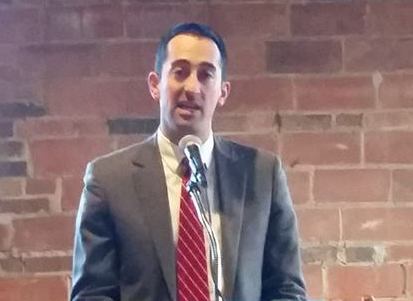 With Hensley out, who will business interests run against Josh Mandelbaum?

Christine Hensley will not seek re-election to the Des Moines City Council this year, she announced today in an interview with the Business Record. The 24-year incumbent told Perry Beeman, “I’ve got a tremendous amount done, and it’s time for me to look at the next chapter and figure out what I’m going to do.” Hensley discussed spending "a little more time with family" and didn't mention her challenger Josh Mandelbaum, though his capacity to run an effective campaign likely factored into her retirement plans.

The race for Des Moines City Council Ward 3 was shaping up to be a focal point for central Iowa progressives. Mandelbaum has raised more $110,000 in less than a month as a candidate, his campaign told Iowa Starting Line today. More than 150 people have volunteered to help spread the word.

While winning an open seat is usually easier than beating an entrenched incumbent, no one should celebrate victory too soon. Republicans and business groups will surely recruit and heavily promote someone to run in Hensley's place. Proxies of the Iowa Farm Bureau have spent hundreds of thousands of dollars on television and radio advertising bashing the Des Moines Water Works during the last two years, so I anticipate a well-funded smear campaign against Mandelbaum. Countering that message will require a strong grassroots effort. City council races are usually low-turnout affairs, so a few thousand people will decide the outcome. You can sign up to volunteer here.

Democrats outnumber Republicans in the west-side and south-side neighborhoods that are part of ward 3 (a map is at the end of this post). That reality, along with Mandelbaum's early start and big fundraising, may deter other potential candidates. But some ambitious person with business connections will step up. Any speculation about who might enter the Des Moines City Council race is welcome in this thread.

I want to thank Councilwoman Hensley for serving her community for 24 years. While Councilwoman Hensley and I have our disagreements, we should all honor and respect the work that all of our civil servants do every day to make our community stronger.This race was and still is about representing the interests, values, and concerns of the residents of Des Moines. I will continue to champion clean water, strong neighborhoods with strong public schools, and investing in people through policies that support decent wages. I also want to thank my supporters. The outpouring of support throughout the community in the month since we have announced has made it clear that Des Moines is ready for a progressive voice on the City Council. With your continued support, we will be prepared to fight outside special interests that have been attacking champions of clean water like what the so-called Partnership for Clean Water has done to Bill Stowe and the Des Moines Water Works. This election will still be a fight to be won even if it’s not the original one we anticipated when we announced one month ago. This campaign has just begun and I look forward to continued conversations with residents throughout the third ward as I keep running vigorously all the way through Nov. 7th, 2017. Thank you again-

According to Jason Frerichs of the Progressive Voices of Iowa blog, he has interviewed another Democrat planning to run for city council in this ward. Will update once that person's identity is known.

P.S.- Hensley's decision to stand with the Farm Bureau against her local water utility was a political mistake as well as a betrayal of her constituents. And it was all for nothing, because despite lobbying by groups including the city of Des Moines, the plan to dismantle the Water Works stalled in the Iowa House and won't be attached to an appropriations bill this year. Since the Water Works lawsuit against three northwest Iowa counties will not move forward, state lawmakers will have little reason to pursue this goal during the 2018 legislative session either.

P.P.S.- If outgoing Cedar Rapids Mayor Ron Corbett seeks the Republican nomination for governor in 2018, as I expect him to do, Hensley will be a leading contender for the lieutenant governor spot on his ticket.

APRIL 24 UPDATE: Multiple central Iowa sources have relayed a rumor that Hensley is being considered for the lieutenant governor position under Kim Reynolds after Governor Terry Branstad leaves for China. Offering Hensley that job could be a way for Reynolds (who has a big head start on fundraising for the 2018 governor's race) to hurt Corbett's ability to tap major Republican donors in the Des Moines area. If Hensley joined the Reynolds administration, it would be a slap in the face to Corbett, with whom she has worked closely as an original board member of the Partnership for Clean Water.