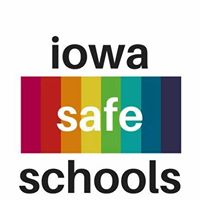 Thanks to Iowa Safe Schools for working to protect all students from bullying, harassment, and discrimination. -promoted by desmoinesdem

Tomorrow, President Donald Trump is reportedly poised to sign an executive order establishing a sweeping religious exemption that would allow discrimination against lesbian, gay, bisexual, transgender, queer and questioning (LGBTQ) people including youth. This license to discriminate against LGBTQ people, women, Muslims, people of color, and other marginalized groups is repulsive, regressive, and remedial.

This executive order does not increase freedom of religion which is already protected by our Constitution. It undermines crucial safeguards against discrimination that creates opportunities for LGBTQ youth to survive and succeed. If consistent with past draft orders, Trump’s Executive Order could allow school counselors to deny LGBTQ youth life-saving services, school principals to forbid interracial couples at prom, and LGBTQ educators could lose their jobs simply because of who they love.

This is America. No one should ever fear being “outed” for who they are or who they love. Youth should not fear going to school and facing discrimination from those who should be helping them. This Executive Order goes against the basic values of American society which is equal protection under the law.

At the Republican National Convention in July 2016, candidate Trump stated, “As president, I will do everything in my power to protect LGBTQ citizens from the violence and oppression of a hateful foreign ideology.” This overture to the LGBTQ community was made one month after the Pulse nightclub shooting which saw 49 individuals lose their lives.

President Trump has failed the LGBTQ community, especially youth. He has brought harm to transgender and gender non-conforming youth by denying their rights. This latest pandering to the extreme far right will only cause harm to LGBTQ students.

The LGBTQ community has seen historic movement forward in our march for equality. LGBTQ individuals have opportunities that were unavailable to them just 10 years ago including serving in the military, marrying the person they love, and in Iowa at least, being able to work without fear of being fired for being LGBTQ.

The American public agrees that discrimination against LGBTQ persons is wrong. A 2015 Pew survey found that 70 percent of respondents believed it should be illegal to fire someone for being LGBTQ.

Even with this progress, LGBTQ youth continue to face and uphill battle in our schools and communities.

Iowa Safe Schools works everyday with LGBTQ students from across our state. We hear stories of these students facing rejection and isolation. LGBTQ students who have their car keyed with the word “fag” and fear being outed as a result to their parents. LGBTQ youth who sit alone at lunch because of bullying and discrimination they face at school daily. LGBTQ youth who don’t know where they may stay that night because of their family rejecting them.

President Trump’s Executive Order is telling each of these kids that they are worth less. This is America. It should never be okay for the President of the United States to actively work to deny anyone their rights.

Join us at Iowa Safe Schools and help us show President Trump that Iowans reject his #LicenseToDiscriminate and will continue to fight back against his actions against the LGBTQ community.