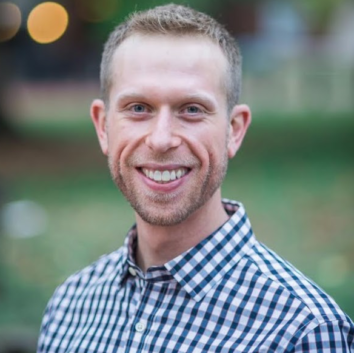 Thomas Heckroth may run for Congress in IA-01

Thomas Heckroth may join the Democratic field in Iowa's first Congressional district, he confirmed to Bleeding Heartland on June 4.

The Waverly native and current resident of Cedar Falls previously worked for Senator Tom Harkin, as well as in the U.S. Department of Labor during Barack Obama's presidency. Heckroth started thinking about running for Congress early this year and has been traveling around the district during the past few months, speaking with Democratic activists and other residents. He plans to decide whether to pursue this race sometime during the third quarter.

Speaking by phone, Heckroth indicated a major focus of his campaign, if he runs, would be ways to correct policies that have left middle-income Americans with fewer opportunities.

We need to start investing in the middle class and grow from the middle out instead of the top down. [...]

We have to work to start bringing higher wages, start looking at early childhood education, all those things that working families depend on to help them get ahead and to help them climb that economic ladder, the ladder of opportunity. [...] It feels like Republicans in Congress and the president continue to try to lop off every last rung on the ladder of opportunity.

Many people Heckroth has met with around the district are also "very concerned" and "frustrated" that Representative Rod Blum voted for the Republican health care reform bill he had claimed to oppose. Heckroth sees that legislation particularly hurting women's health care, people with pre-existing conditions, and older, lower-income Iowans, who may see an 800 percent increase in their health insurance premiums (according to analysis by the Congressional Budget Office).

Heckroth said state-level political issues including Republican cuts to education and the law eliminating most collective bargaining rights for public workers are also highly salient with Democrats in IA-01.

Two Democrats are confirmed challengers to Blum: Courtney Rowe and State Representative Abby Finkenauer. Others who have not ruled out the race include State Senator Jeff Danielson and Linn County Supervisor Brent Oleson. Speaking to the Waterloo/Cedar Falls Courier last week, Danielson predicted as many as six or seven Democrats may seek the nomination in IA-01.

The district's 20 counties contain 161,046 active registered Democrats, 143,177 Republicans, and 187,422 no-party voters, according to the latest figures from the Iowa Secretary of State's office. Democrats in Iowa and nationally identified this race months ago as a top target for 2018.

Thomas has made a career championing an economy that works for everyone and improving working conditions. It’s the Iowa values that Thomas was raised with that have guided his experiences and commitment to service.

Thomas began his career helping to elect his father, Bill Heckroth, to the Iowa State Senate from Waverly. Inspired by that service, Thomas worked on behalf of Iowans for U.S. Senator Tom Harkin. During his tenure, he focused on improving agriculture, education, and labor policies.

Thomas continued his commitment to creating better labor policies and practices as a member of the Obama Administration at the Department of Labor where he fought to hold corporations and our trading partners accountable to protect our workers.

After earning his MBA, Thomas served as the Director of Sustainable Manufacturing & Sourcing for a Nike and Levi’s children’s clothing manufacturer, making the case that profit didn’t have to come at the expense of people and the environment.

Thomas is proud to be a sixth generation Iowan, born and raised by a small business owner and a hospital chaplain. He graduated from Waverly-Shell Rock High School prior to earning his degree from the University of Iowa and walking-on to the Hawkeye baseball team.