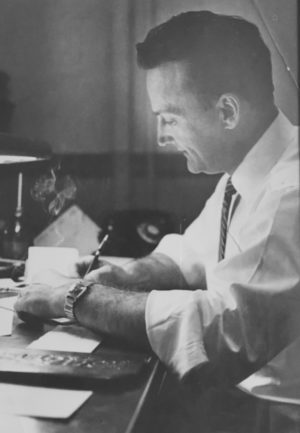 Once upon a time, during the dark, discombobulating night of a medical crisis, my family encountered Medicaid.

To make sure we're on the same page as we journey through the unsettling terrain of my family's Medicaid experience, here are the basics: "Medicaid is a joint federal and state program that, together with the Children’s Health Insurance Program, provides health coverage to over 72.5 million Americans, including children, pregnant women, parents, seniors and individuals with disabilities. Medicaid is the single largest source of health coverage in the United States." Here are more details, if you're interested.

I'm sharing my family's story now because of the potential future changes to how Americans get healthcare. If you want or need more information about that, feel free to Google it---everyone should harvest from their choice of news gardens.

I'm sharing my specific Medicaid story as an alternative perspective to what you might expect to hear about people who use it. If you have any preconceived ideas, no judgments. It's a fact that until we've walked a mile in another's shoes, it's sometimes hard to grasp that what they're walking in are actually shoes. Especially when it's not any footwear we have in our closet and it looks like they're dancing instead of walking.

I think we should connect with families that don't look or act like ours a perquisite of our humanity. But I also realize that sometimes we can only make that kind of "leap" incrementally. Not everyone's up for the full-immersion experience, and that's OK---again, no judgments. With this kind of issue (and so many others like it) it's the destination that counts, not the route you take to get there.

A couple more caveats and then I'll get on with it:
1- I am definitely of a particular political persuasion. If you follow me on Facebook or Twitter, or if we're (also) friends in real life, you probably already know which way I lean. But today I'm striving for the most non-partisan post I'm capable of writing. I'm hoping that morphing the political into the personal -- like deep, intimate, micro-level, "I promise to listen to you and hope you'll do the same" personal, not "let me count the ways I can offend you" personal -- might help us turn toward not away from each other.

2- My point in writing this is to illustrate one example of what's at stake if people lose Medicaid coverage. Not what's at stake for The Democrats or The Republicans or The Administration or The Insurance Industry. I mean the potential tragedy in store for a specific group of people if they lose their coverage.

3- I recently shared a version of this story online in various places, including at whitehouse.gov because they were asking for feedback. I encourage you to share your story if you have one. (If yours is also about Medicaid, make sure you spell it right---it's not Medicaid like I spelled it, everywhere! That's what I get for posting shit well past my bedtime.)

4- The details of my story, especially the timelines, are as I remember them. I'm counting on my mom to set me straight if I got any of it wrong.

5- My family consulted an attorney during this time, and everything we did was above-board. But this was years ago and I'm not an attorney, although I am a trained, non-practicing paralegal. Point is you should not, in any way, take this post as legal advice. Side note: I mention this because someone asked me about it, insinuating that people on Medicaid are "gaming the system," which is one of those pesky preconceived ideas. Again, no judgments, but a clarification: There's a difference between someone familiar with a program helping you understand and get the most out of your benefits and options, and someone trying to obtain benefits for which they're not legally eligible. Fraud, abuse, and waste exist in Medicaid, just as it does elsewhere---most families and individuals don't contribute to it, including mine.

My grandfather's steadfast companion at the end of his life was Alzheimer's. He was one of the "1 in 10 people aged 65 and older" who suffer from it, one of the 5.5 million Americans who live with it…until it kills them, which it does more than breast cancer and prostate cancer combined (Source: alz.org). My grandfather lived through prostate cancer, but not Alzheimer's.

He and my grandmother were married for almost 50 years before he started wandering at night and shoving her into walls and tables when she tried to keep him from his walkabouts.

Years before, they'd retired as solidly upper-middle-class folks with a well-earned pension and adequate health insurance thanks to the decades my grandfather worked as the classified advertising director for his local newspaper, The Cedar Rapids Gazette.

But that health insurance didn’t cover the long-term care (LTC) my grandfather needed when my grandmother couldn't care for him anymore, and they had too much money for my grandfather to qualify for Medicaid. In Iowa, the income threshold for an adult in a two-person household is 133% of the federal poverty level, or $21,307. In the mid-90s, it was about $9,840. Without Medicaid they'd have to pay for his LTC out-of-pocket, and we realized it would only take a few months before their life savings ran out.

They did the only thing they could: They got divorced.

The court split their money and the nursing home “spent down” my grandfather’s half until he qualified for Medicaid. My grandmother continued to live in her modest two-bedroom apartment a few miles away from my grandfather.

Less than two years later my grandfather died from complications of Alzheimer's in his double-occupancy room, divorced in his mind and on paper from the love of his life.

My grandmother though, always a go-getter, beat him to the grave by a few months thanks to lung cancer, with a pittance in her bank account and only a portion of the morphine she'd hoarded in her bottom dresser drawer.

I gave the eulogies at their funerals but didn’t fully appreciate the extent Medicaid played in their lives until this year.

Without it, divorce wouldn’t cleave my grandparents from each other---it would be my grandfather's escalating demented violence or his middle-of-the night wanderings, driving through the quiet, sultry streets of Hot Springs Village, Arkansas, on his way to a Very Important Meeting of one.

But that's nothing the fine folks in Washington, D.C., need to worry their well-coiffed heads about.