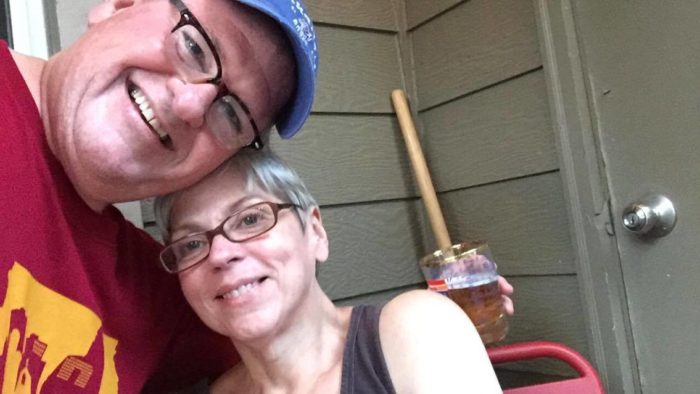 Scott Thompson, a rural sociologist focusing on social capital and community development as well as an active volunteer for the Democratic Party, was inspired to research the condition of our party's "social capital." -promoted by desmoinesdem

I am engaged in a research project stemming from my personal observations and social interactions. Full disclosure: I am a Democrat and I possess partisan views. I'm also concerned for the long-term health of the party for which I am a part. I felt compelled to write this, not to point fingers, place blame, ridicule, or complain. In this brief, you will not find the names of candidates, past or present.

Above all, I am a sociologist. I am obligated to adhere to professional research guidelines, and exercise objectivity. I am trained and obligated to engage in the use of social theoretical constructs, employing appropriate statistical methods, and offering an objective interpretation of the the results.

I view the rules for data analysis and the interpretation of the results akin to the rules of golf. I think of the data as a golf ball, and the researcher as the golfer. In golf, the two most important rules are: Play the ball how it lies within the context of the rules; and the golfer is responsible for adhering to the rules through honor and self-enforcement. In social research, as in golf, it is my responsibility to work with the data as it is presented, use the analysis tools most appropriate for the purpose of study, report irregularities or issues in the data or methods, and accurately report the findings.

This project is in its very early stages, and this paper is not intended to represent an academic report. The full academic paper will be completed and published at a later date. To be clear, I have only calculated correlations, there is still much to do for there to be findings to be interpreted.

We Democrats like to imagine our party as an inviting, open, and welcoming community. We call ourselves “the big tent party”. However, when reading Facebook and Twitter banter (I’ve engaged in some of it) and witnessing the 360˚ discomposure between factions within the party, the sociologist in me ponders the question: What is the condition of our party’s social capital?

The term community is malleable, depending upon the context for which it is used. Community can be used to represent physical or social settings. To be part of a community, one doesn’t need to rely upon the sharing of a common physical space. Being part of a community can be interpreted to mean the sharing of social systems and possessing identities common with other individuals or groups. For this work, I will be identifying the Democratic party as a community reflective of the latter description.

In large part, individuals who identify as Democrats share liberal views in higher percentages than Republicans. DeSilver (2014), in a Pew Research report, identifies seven political typologies for which both Republicans and Democrats possess to some degree. Of those political typologies, individuals who identify as Democrats typically possess liberal views on social issues ranging from homosexuality to environmental protections in higher percentages than Republicans. Self-identified Democrats possess more support for social safety net programs, believe in a broader role for government action, are more distrustful of government (except for social safety net spending), are more individualistic and business oriented, but have less positive feelings towards social programs, than Republicans. With all these shared principles, one might be led to think there is a high amount social capital among those on the left of the political spectrum.

The Democratic community in Iowa may have a social capital problem.

Evidence suggests that social capital is a challenging concept for both Democrats and Republicans. Neither party appears to have a very good grasp on the handles of social capital. However, initial indications suggest: We don’t do as well with it as our right-leaning friends.

What the past election exposed, at least here in Iowa, are the deep fractures within our party. Perhaps we shouldn’t be surprised. When you attempt to fill a big tent with a widely diverse mix of individuals and groups, tensions for competing interests can build. Individuals and groups begin cutting and defending turf. Competition builds for attention and resources, furthering the divisions. It all becomes visible through private conversations, public discussions, and the media, including social media. These tensions and divisions aren’t invisible to those less engaged in the party. Neither are they invisible to those outside the party.

Social capital is a term most of us have heard at one time or another. Often, the term is used indiscriminately, with no clear definition. While there are various definitions for the paradigm of social capital, it’s useful to have a working knowledge of the concept. Consider the following paragraphs to be a brief, but necessary primer.

Social capital is defined by norms of reciprocity and mutual trust (Flora and Flora, 2013) An example of this is reflected in our volunteerism. You ask me to work the Democrats' booth at an event, and I agree to do so. Subsequently, I can count on you to help canvass or phone bank. Because you can rely on me to volunteer for you, I feel that I can trust you to reciprocate when the need arises. As long as we meet these mutual expectations, our trust is intact. If one of us fails to reciprocate, trust is weakened, and over time trust can be lost.

Coleman (1988) explains: Social capital defined by its function. To exist, social capital must rely upon some type of social structure, and social capital is facilitated through the actions of the actors (individuals, groups, and institutions) within that structure. In this discussion; the Democratic Party is the social structure, and we who identify as members of the Democratic Party including our groups and institutions within the party are the actors.

Social capital is productive. It is the lubricant that greases the gears to achieve certain goals or objectives. The absence of social capital makes accomplishing those goals difficult, if not impossible. It is important to note: Social capital, in a given form, can be used for the facilitation of actions which may be either useful or harmful.

There are three types of social capital; bonding, bridging, and linking. Bonding social capital is defined by the connections (strong ties) between individuals and groups with similar backgrounds (Flora and Flora, 2013). Members who belong to a particular organization or group with high levels of bonding social capital know one another as a result of frequent or numerous interactions or roles. An example Bonding social capitol can be seen by observing those who identified as Democrats work together, usually in volunteer roles. Strong and meaningful relationships form. Individuals, groups of individuals, and the party organization can rely upon one another to help knock on doors, staff phone banks, participate in envelope stuffing, and staffing the party booth at public events.

Bridging social capital is characterized by the connections (weak ties) that connect diverse individuals or groups of individuals from outside the organization, together (Flora and Flora, 2013). The best way to describe this, is how newcomers into the political process and the Democratic party are welcomed (or not) and encouraged to participate (or not) as party volunteers and take an active role on the Central Committee or participate in constituency caucuses.

Social capital is just that, a capital. We can accumulate a wealth of social capital and use it for the purposes we choose, for better or for worse. We can spend our social wealth; however, we see fit. The more social capital we accumulate, the more we have in our possession to do good things for ourselves and our society. Or, we can choose to use that accumulated wealth to exclude or alienate other individuals or groups.

Without engaging in a lengthy methodological discussion, the data used in this project are taken from the 2014 Iowa Small Town Study. One community, 10,000 or fewer in population is selected from each of the 99 Iowa counties. Survey participants were asked 150 questions, including perceptions of social capital, and party affiliation.

Factor analysis was utilized in creating the independent variables for the three social capital categories. Each factor is a product of a non-rotated Principal Component Analysis.

Bonding social capital questions asked participants to share whether they agree with the following statements.

Bridging social capital questions asked survey respondents to share their opinions on how they perceive the inclusive nature of their communities, with the following questions.

“I believe that every person for themselves is a good description of this community.”
“Clubs and organizations in the community are interested in what is best for all residents.”
“Residents in my community are receptive to new residents taking leadership positions.”
“When something needs to get done here, the whole community gets behind it.”

Linking social capital questions asked survey respondents to share the number of organizations who hold meetings both locally and outside the community. The respondents were also asked if they are more involved with local or outside organizations.

The dependent variable is the political affiliation of the respondent.

“In politics, do you consider yourself to be a Democrat, Republican, or Independent? (Circle one)”

The possible responses for the political affiliation question are:

The second step in this analysis is to run a Pearson Correlation, using the independent factor variables for bonding, bridging, and linking and measuring those variables against the dependent political affiliation variables.

Again, I feel compelled to remind the reader that correlation does not imply causality. Correlation only suggests some type of relationship exists between two or more variables. It is the duty of an informed consumer of the data to draw their own interpretations of the relationships between the variables.

The weak-negative linking social capital suggests there is a resistance to the development of relationships outside the party, that might help access resources; including money and external coalitions.

This research is in its early stages. There are issues of statistical significance that must be addressed. However, Pearson, Kendall, and Spearman correlations are each suggesting much of the same results: Democrats are associated with weak-negative social capital. Look for revisions, updates, and a final draft later in the fall.

Admittedly, this study will require additional work. The data will also undergo a number of different analyses. Variables will be added and controls included for regression analysis. However, while divisions between those who identify as Democrats still exist, there appears to be less resistance to those wishing to become part of the party, and a lessening in the animosities from the newcomers to the party.

I suggest, readers take some additional time to read through the Pew Research report by Drew DeSilver. His report gives valuable insight to the shifting coalitions within both Democratic and Republican parties.

Party building is a longitudinal process. The building of social capital requires the development of trust and the reciprocation of goodwill, from insiders and outsiders alike. If we have learned nothing from our most recent election cycle, at the least we must acknowledge that unlike the Field of Dreams, just because we want to build the Iowa Democratic Party, it doesn’t mean they will come.