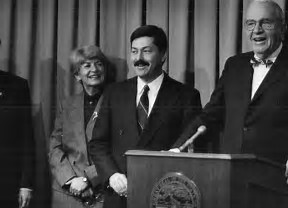 Hunger in the heartland: Iowans struggle with food insecurity

Jessica Chrystal shines a light on a widespread problem in a state that is supposed to be the bread basket of the world. -promoted by desmoinesdem

I spent part of last week attending events at the World Food Prize in Des Moines. When we think of hunger, we think of homeless people on benches in California. The Salvation Army bell ringer standing outside of Target during Christmas, or the glowing images from our tvs of starving children to donate to various charities overseas.

Rarely do we think of our neighbor next door.

Hunger is everywhere. She's part of the fabric of every map dot town and big city across Iowa.

She's in our coffee shops and convenience stores. She's a caretaker of a elderly family member, or the day care worker chasing down chocolate pudding-covered faces of toddlers during lunch time.

She is the fabric that holds us together and gives us common ground to display our humanity. On her darker days, she is like a cancer that we will never fully cure or beat. For every time we reach remission, she knocks us back down, preying on circumstance from bad leadership and policy from administrations not grounded in a belief that access to food with dignity should be a basic human right and not a privilege.

If we gave hunger a name, we should call her A.L.I.C.E., for Asset Limited, Income Constrained, Employed. Because of A.L.I.C.E., American workers are now three times more likely than the Chinese to lack the means of feeding their families. Households across Iowa are no exception to this new reality.

Families that could be called asset limited, income constrained, and employed include large numbers in our economy, where low-wage, service jobs seem to dominate the landscape. Over the next decade, such jobs are expected to grow faster than higher-wage jobs and those requiring a college education. In fact, more than 68 percent of jobs in Iowa fall into this category, paying less than $20 an hour, the living wage needed to cover the basic expenses the majority of families need to survive (not counting "luxuries" like cable tv or cell phones). This budget is the lowest measure next to the federal poverty guidelines to live and work in a global economy. Our present circumstances are not sustainable.

What's missing from the conversation in mainstream media and dinner table discussions? Public assistance cannot be the balm that heals the wound of poverty and food insecurity, lifting families to economic stability. While there are many strong sectors within the Iowa economy, in the past 35 years wages have stagnated and not kept up with the cost of living or inflation. Many households can manage to cover 44 percent of their basic needs. The rest comes from the $7.2 billion spent annually by government, non-profit and health care organizations to supplement their incomes.

Our population is aging, and because there is strong correlation between malnutrition and food insecurity, most of our costs have been allocated toward treating obesity, heart disease, and diabetes, caused by the lost art of cooking and food choices that are calorie-dense yet lack the micro and macro nutrients needed. Monies tagged for health care cannot be spent on education, child care, housing, or job training.

Aside from natural complications of aging, our self-indulgent culture contributes to a 38 percent gap for families that fall between the cracks. These families are stuck in a cycle of poverty.

These households are less likely to have a active checking account or regular savings of any kind. Home ownership is rare. Home ownership and economic stability help create a sense of belonging in communities and increase the social capital, a trait sorely missing an a era of school consolidations and faceless communication.

Often A.L.I.C.E. families rely on alternative financial products instead of local intuitions. In 2011, 42 percent of Iowa households with an annual income below $50,000 had used an AFP Payday loan. Those lenders charge astronomic interest rates. Others use pawn shops to make it from paycheck to paycheck or to cover emergency situations. A child breaking his arm. An unexpected job loss. A cut of hours before the holidays. The car breaking down. Juggling student loan payments with being underemployed.

Vehicle ownership is declining in a era of shifting populations to cities and regional hubs from rural counties. The employment follows, leaving families to rely on sub-prime loans at 13-20 percent through "Buy here Pay here" dealerships.

This is not good long-term strategy and should not be tolerated in the "Breadbasket" of the country.

What do we do to make a difference for A.L.I.C.E families?

We can begin by eliminating income inequality through a living wage, that takes into consideration the measure of what it costs to thrive in a modern Iowa economy.

Income inequality is a harsh reality in Iowa. There is great wealth and significant economic hardship. The top 20 percent of Iowa's citizens earn 48 percent of all income in the state. The bottom 20 percent? A measly 4 percent of income.

Invest in free community college, to retrain workers and prepare young people for a global economy in skilled trades and S.T.E.M. professions, without the burden of tens of thousands of student loan debt.

Universal health care. A.L.I.C.E. families often have no health insurance coverage or limited access to health care. They reflect a larger troubling picture: up to 45 million Americas do not have health insurance. Free medical services would encourage patients to practice preventive medicine and lower the rate of emergency visits for common aliments. Lower the amount of assistance allocated toward health care costs to be reassigned to childcare, housing, state block grants for education and public/private partnerships to eliminate other barriers to provide a permanent path to stability.

If you are running for office, work for a community action organization, or would like more information on how to make a difference at the county level, please visit the United Way's website and download the study of financial hardship and A.L.I.C.E. in Iowa.