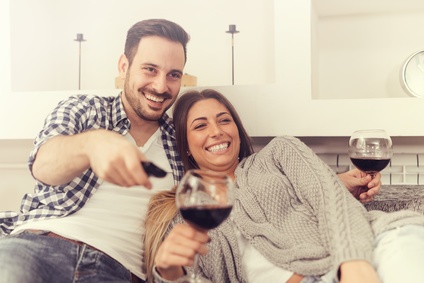 How large an estate could a working person build by investing rather than spending "every darn penny they have" on "booze or women or movies"? Jon Muller ran some numbers. -promoted by desmoinesdem

Senator Chuck Grassley commented on what he sees as the motivation behind opposition to eliminating the estate tax, as reported by the Des Moines Register.

"I think not having the estate tax recognizes the people that are investing, as opposed to those that are just spending every darn penny they have, whether it's on booze or women or movies..."

As someone who resembles his remarks, I decided to run some numbers. Consider the following assumptions:

2. Start saving 15 percent at age 25 (on top of paying back student loans, paying for college for your kids, etc). Assume every dollar goes towards your retirement, and you manage to pay for everything else in your life with cash or debt service.

3. When you retire, take out 5 percent of the balance (which will give an income 27 percent less earnings at age 65).

4. Earn an average return on your savings of 7 percent per year every year.

If you die at age 82, you'll pass on almost $5.0 million. The estate tax will not apply to you, even under current law. A couple in this scenario could live to be 100 and still wind up with $7 million, well below the $11 million current exclusion for couples.

Admittedly, that's a nice little nest egg! And if you can manage to pull it off, congratulations! Or, perhaps you could save just 10 percent, possibly enjoy a movie and a cocktail once in a while, maybe buy your spouse a nice present to celebrate your anniversary.

I don't know what Senator Grassley spends his money on. I do know what he's spending OUR money on. His heirs. It is inconceivable that a man earning his kind of money, having also inherited wealth, and never spending anything on booze, women, or movies, will not manage to have an estate well in excess of $11 million.

But let's go back to that original family starting out at $75,000 per year. Because that working couple saves their money, they can pass on all of it to their kid, tax free. If their kid gets the $5 million at age 25, and NEVER SAVES A SINGLE NICKEL, she will be able to pass on $236 million to her kid tax free. In just one more generation, it grows to $11 billion, and it's quite possible to do that without ever paying any taxes.

Meanwhile, the first generation of heirs gets to enjoy a living standard 15 percent higher than their thrifty counterparts, even though they may well have done nothing to earn the money, other than being born. The second generation could cash out $50 million of their $236 million, never work a day, and still pass on $8.8 billion to the next generation. No one pays any taxes, ever. No one, that is, except the 99 percent (plus) of us who pay a higher tax rate on our labor so that Senator Grassley's grandchildren and great-grandchildren can live like kings without paying any taxes. Or perhaps that will put them in a position to run for office so they can ensure the system just marches on for their private inurement.

The senator's comments are as hurtful as they are ridiculous. It would have been more accurate to say, "Not having the estate tax recognizes that people with rich parents will be able to waste a ton of money on booze and women and movies, never have to work, and continue the practice for generations without ever paying taxes." It doesn't reward investing. It encourages the creation and sustenance of a lazy aristocracy. The estate tax is the last tax we should cut, not the first.

The senator should be a little embarrassed. His estate is showing.