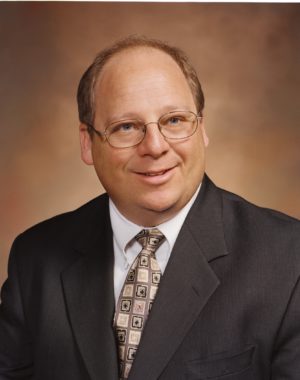 The day I became a sacrificial lamb: My story of running for office

Retired teacher and former State Representative Greg Stevens shares how he embarked on what seemed like a hopeless Iowa House campaign in 1998, and how he won that race. -promoted by desmoinesdem

If you are thinking of running for office, do it, even if you don't have any time or money.

In March of 1998 the Iowa State Education Association was having a meet and greet with the legislative candidates from our area at Godfather's in Spencer. A couple of my ISEA friends put some pressure on me to go, so I went and met my mom's old classmate, State Representative John Grieg. He gave a brief overview of the legislative session and the new things coming down in education.

Though I don't remember the specifics, I do recall that this accomplished farmer was lecturing me on how to teach. That made me angry. Later, I went to a Democratic meeting, I think with Denny and Vicki Perry. They were brainstorming who they could get to be a sacrificial lamb against Grieg. I literally baaed. I knew the Democratic Party had tried recruiting in the area. They sent up House Minority leader Dick Myers to talk to County Supervisor Dave Gottsche about the race. Dave talked me into going with him to the meeting, but it was about Gottsche and not me. Still, Myers and Dave Schraeder followed up, and I said yes.

I really didn't think I could win. The previous election cycle, Patrick Aumer ran against Grieg. He was young, energetic, good looking, and he had time! He also used that time to knock on doors. He ran a great campaign, and he received only 45 percent of the vote. Patrick's parents were friends, so I discussed my run with them. They cautioned me that my ego might not be able to accept losing, but they said they would help, and boy did they!

First things: training by the Democratic Party. They taught me how to knock doors, raise money, and become a candidate. When they explained how door knocking worked, I thought they were using hyperbole. Through all my time being active in politics, I couldn't remember anyone coming to my door. Of course, living in a strongly Republican area, probably no one did!

Campaign committee: friends and family. Shockingly, and I think I'm still surprised, 90 percent of the work on my campaign was done by friends and family. We started with meetings at my house and later moved them to the public library. The biggest thing was to get my name known.

Fundraiser: Dave Gottsche--feeling a bit guilty, I hope--cooked the brats and burgers for an event at a local park. Democratic county central committee members worked the line, and a lot of people showed up. That money allowed me to get my first literature and cowboy cards.

Door knocking: I started canvassing at the places the farthest away from my home. The district was all of Emmet and Dickinson counties plus a bit of Palo Alto county in northwest Iowa. My best day involved a lot of doors close together. In the larger towns, my sons, wife, sister, brother-in-law, nephew and niece and mom also helped. If people are working hard on getting you to run, ask them to commit to knocking doors with you.

We started with coffee and rolls at the local cafe. I would pick up the tab – I was shocked at how low cost that was. After the coffee, canvassing. I hit every door because I needed crossover votes. The double hit, seeing people at coffee and then their door was really effective for name recognition. Though I doubt it was true, I had a lot of people tell me I was the first politician to knock on their door. I gave them my literature, took questions, gave out voting information, and asked for their vote.

Much of the time, I had door knocking help. My surrogates would be in the same town and usually on the same street. Mostly they were family members, but friends also helped. My dad and I knocked together.

Fundraising tip that worked for me: Embrace the suck. Make it just a part of the campaign. As my wife says, “If you ask, they will give.”

2. Dialing for dollars. This was the hardest, but also most effective. My sister set aside an hour every Sunday night to call people asking for money.

3. The brats and burger fundraiser mentioned above.

Go to everything. This is one of the campaign team's duties. They would find out about all the soup suppers, parades, annual meetings, county fairs – buy a pie at the pie auction - and community celebrations. Scheduling was always interesting, but I went to as many as I could. If I couldn't get there, someone was there handing out my literature.

Parades: Get a theme and a team. Our theme was “Working for you.” My wife and I walked the route and gave out peanuts. We usually had a great team with us giving out literature and DOT maps. My dad drove his old pickup with all the supplies in the back. My wife hated every parade, but she went to them all! Afterwards, we tried to stay around town and greet people and hang out with well known members of that community.

Yard signs: they matter. You know the Democrats will put up your signs. That's good. You also need to get your friends and supporters to put them up. It's one of the questions you ask when door knocking. When I was knocking with a team, we made a game out of who could get the most sign permissions. They let neighbors know you have support from people who live in that house. I was lucky to get a Republican mayor and retired superintendent to put up signs for me. My dad was in charge of yard signs. He was able to get a local artist to paint some small boards he acquired with a Stevens for Statehouse stencil. They painted and put up hundreds at almost no cost! I can't tell you how many people commented on those hand painted signs! It was cheap. Of course, once we had money, we bought signs too.

Press: When I decided to run, I wrote out a statement, took some head shots, and went on the road. I went to every newspaper, radio station, and shopper in the district. This is a very different thing in a rural area. Most of the time, the radio would get a clip for the news. The quality of the people working in these jobs surprised me. They were incredibly intelligent, and all were professional. When they suggested how to make my ad better, I listened. Throughout my time in politics, it seemed they worked very hard to make me (and my opponents) sound smarter than we were. Trust your local media.

Let me address some barriers:

1. Money – you have to raise some, but door knocking and social media can go a long way. Commit to three or four fundraisers and an hour once a week raising money. Dialing for dollars does work, and the Democratic training will help you create your list.

2. Time – When I ran, I had one son in middle school and one son in high school. Both were involved in all kinds of activities. My teaching day was full, and I coached debate. My average day was 7:30-5:30, and I went to tournaments on 17 weekends. Often, my only time to knock doors was on the weekends and Sundays. I banked a lot of homes by knocking doors during the summer. Budget your time and set up goals of time on the campaign. Don't forget the other stuff, because that is important. However, you have time.

3. I can't win – probably. You will provide your area with an alternative view that needs to be heard. Mine was about education and water quality. If you are running, anything can happen, but winning isn't the only goal. Speaking truth to power on progressive issues is a victory in itself.

In mid-October of that election year, an earthen manure lagoon ruptured in a thunderstorm on my opponent's farm. The manure washed into a creek and the Des Moines River, killing 100,000 fish. On election day, I won by 27 votes. I was behind the entire night until the last precinct reported. After three recounts, my margin went down to 14 votes. I won because of luck and because I was on the ballot.

Run for something. It will change your life, and you will understand the political realm so much better. Even if you lose, you will meet incredible people, and it will restore your faith in the goodness of the world.