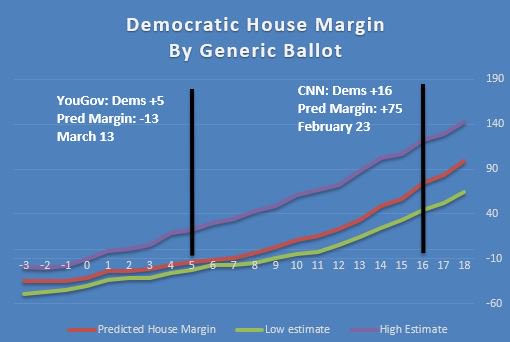 The House on a knife's edge

Dan Guild argues that the swings we have seen in recent special U.S. House elections "are a sign that something very big may be about to happen." -promoted by desmoinesdem

It is fair to say the stakes have seldom been higher in a mid-term election. Obamacare survived by a margin of one vote in the U.S. Senate. It is likely the Republicans will gain the one Senate seat they need to undo Obamacare. The Republicans have finished their report on Russian involvement in the 2016 election. The only real way for true public hearings into Russia and our elections is for the Democrats to retake the House.

2016 was in many ways a VERY unusual election. Some of those ways are as obvious as a Trump tweet, others are less obvious. Essentially there were two large swings, each in opposite directions:

It is very rare to find swings like that - when they occur they are usually indicative of a political re-alignment. I have NEVER seen swings like that in the same election in opposite directions.

You can characterize the swings in other ways, but in general: