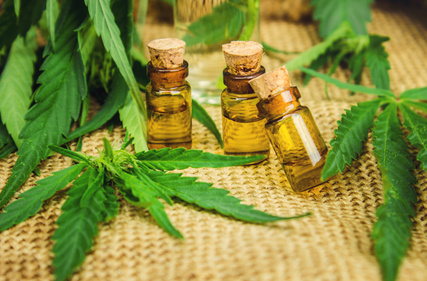 Representative David Young is co-sponsoring federal legislation, the CARERS Act of 2017, H.R. 2920, that would interfere with Iowa's Medical Cannabidiol Act of 2017, passed during the closing hours of last year's legislative session.

And it’s not just Young. Representative Dave Loebsack, Iowa’s only Democrat in Congress, is also co-sponsoring the CARERS Act of 2017.  What is surprising to me as a Democrat is that the Republican representing the first district, Rod Blum, is actually the only Iowa member of Congress that understand federalism.  What I mean by “federalism” is that Blum is representing the people of the state of Iowa rather than federal interference with our new state medical marijuana law.

In case you hadn’t heard by now, in 2017 the Iowa legislature authorized the cultivation of marijuana in the state of Iowa for the purpose of making cannabidiol products.

Here’s where things get confusing for most people: cultivation of marijuana is a federal crime.  There is no limit on the number of marijuana plants that can be cultivated in Iowa.  The federal penalty for cultivation of 1,000 or more marijuana plants can be up to life in federal prison and fines of up to $50 million.  21 U.S.C. § 841 (2018).  This is no joke.  We either have to declare that our state has a federal constitutional right to enact a medical marijuana program, or we’ve just authorized continuing criminal enterprises in Iowa.  21 U.S.C. § 848 (2018).

However, in 2017, the Iowa legislature did authorize the cultivation of marijuana to make cannabidiol products with a THC content that exceeds 0.3% (three-tenths of one percent).  The CARERS Act of 2017 would give the Attorney General of the United States the right to interfere with marijuana cultivation in Iowa because the products in Iowa are formulated to contain ten times the amount of THC as the CAREERS Act of 2017 would allow.  See H.R. 2920, § 4.

With Iowa’s only Democrat member of Congress supporting federal interference with our state law, I have to wonder why Democrats are not representing our state on this issue.  Perhaps Loebsack's constituents in the second district can ask him: why would an Iowa Democrat want to give U.S. Attorney General Jeff Sessions the right to shut down our state's medical marijuana program?  Apparently, the only Iowa member of Congress who understands federalism is a Republican.

Will any of the Democratic candidates for the third Congressional district take on David Young over this critically important issue?