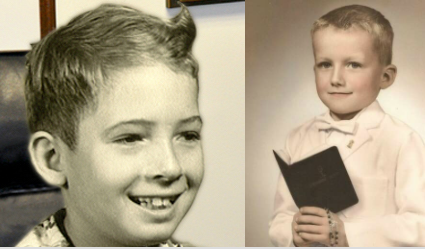 Farewell to an altar boy

Tom Jochum delivered this eulogy at his friend Tom Slater's funeral on March 21. -promoted by desmoinesdem

When Don Avenson passed away in May of last year, Tom Slater called me. He
reminded me that when Republicans controlled the legislature from 1979 to 1982,
Avenson and Lowell Junkins had made us ranking members of the Human Services
Appropriations subcommittee and turned us loose to wreak havoc.

Tom was a cross between Bobby Kennedy and Emmett Grogan and I was a
Northend Kid from Dubuque so we knew what to do.

He had me laughing at the memory of how we had forced them to reinstate a
program that they eliminated, kept them from eliminating programs that they
wanted gone and even instituted a new health care program for children.

But I knew the real reason he called. He knew that Don had been my mentor and
he was checking to see if I was okay. That was vintage Tom Slater.

A couple of months later Tom and I were in Council Bluffs. We were both on the
dais as roasters for Mike Gronstal's retirement party. I told him that we were at
the point in our lives where we were either being called on to roast retired friends
or give eulogies for departed ones. He said he was retired so he might be
available to roast me, but I would be more likely to perform the latter role for
him. I told him that with his record of cheating death the odds weren't in my
favor.

Little did I know.

Six weeks later I was alone with him for what I thought was going to be the last
time. The real bond that Tom and I shared was that we were both former altar
boys at a time when the Mass was a mystery and the prayers were in Latin. We
had often joked about thurible mishaps and the difference between priests who
folded the lavabo towel and the ones who rolled it up in a ball and threw it at you.

He asked for a priest and he wondered if he would be able to have a Catholic
service. Thank God for Father Mike and Deacon Jim. Father Mike was definitely a
lavabo towel folder.

Tom received the Last Rites of our faith. But of course he wasn't quite ready to go, but he was certainly aware of the fact that by receiving the sacrament of Extreme
Unction he was covered. I'd remind him of that once in awhile and tell him not to
mess it up. He'd remind me that he wasn't exactly surrounded by near occasions
of sin.

We recalled learning about ars moriendi - the art of dying; back in our parochial school days, and Tom was well aware that when the time came he would have
what our church called a good death. He took comfort in that.

For the last eight weeks I visited him every Friday, and while we talked a lot about
politics, friends and old memories, I realized that he was really preparing me to
deliver a final message to the people he loved.

To Valentina who was the light of his life; his love for you will never die.

To Angie who I remember seeing walking through the capitol holding hands with
her Daddy; he will never let you go.

To his siblings; know that you helped shape him into the man he was and
understand that the time will come when your memories of him will bring more
smiles than tears.

To his son Vladimir, his grandchildren, his nephews and nieces; you gave him joy
and Christopher; you gave him 12 more years of life. We all thank you for that.
To his friends and the people he served with; it was his great honor to share his
journey with you.

And lastly, to his SPPG family; he was so proud of the work that you did and he
marveled at the accomplishments you shared and the success you found after you
moved on.

Tom once told me that running SPPG was like managing a dairy farm. He was
wrong. It was more like a diocese. He was the bishop and all of you took Holy
Orders to perform the Seven Works of Corporal Mercy as proscribed by his faith.
You honored Tom and fulfilled the charge that was given to him as a child in
Catechism Class. You fed the hungry; gave drink to the thirsty, sheltered the
homeless, comforted the sick, visited the prisoners, honored the dead, and gave
aid to the poor.

His legacy lives on in you.

Editor's note: Jochum also shared this photo of a group of friends (mostly lobbyists and/or current and former Iowa legislators) who gathered a few years ago to honor Andy Frommelt, a Democratic leader in the 1950s and 1960s. Frommelt had a hand in the monumental achievements of the 1965 legislative session, such as creating the community college system, repealing the death penalty, and establishing the Iowa Civil Rights Commission. 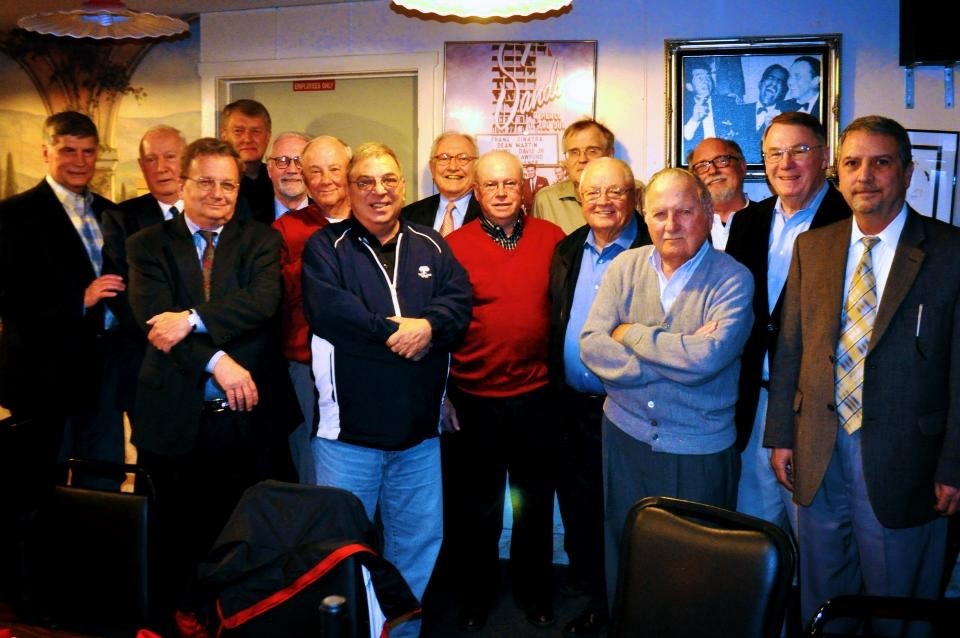