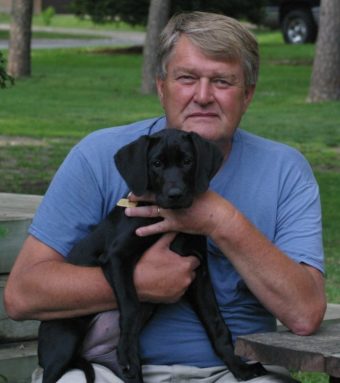 A an Iowa political legend passed away suddenly this week. Former House Speaker Don Avenson had a heart attack on May 19 while on the way home from vacation. He told Iowa Public Television in 1984, "A speaker of the House, if he wants to, can change the course of the state, can change the face of a great deal of legislation, a great deal of law." As speaker from 1983 through 1990, "nearly twice as long as any other Speaker in Iowa history," Avenson helped craft many laws that still affect state government and education. He left the House to run for governor in 1990, winning the Democratic nomination but losing to Terry Branstad. For more than 25 years, he remained an influential force at the statehouse, representing many clients through the Avenson, Oakley & Cope lobbying firm.

Dozens of people who have been involved in Iowa legislative politics reflected on Avenson's legacy as news spread of his death. I compiled some of those recollections after the jump.

The Vilsack family suffered a devastating loss this week as Ella Vilsack, daughter of Jess and Kate Vilsack and granddaughter of Tom and Christie Vilsack, died at the age of six of complications related to influenza. Condolences to all who are bereaved. This kind of tragedy is every parent's worst nightmare.

Speaking of untimely passings, Nina Martin of ProPublica and Renee Montagne of NPR published a terrifying article this month about maternal mortality, which "is rising in the U.S. as it declines elsewhere" in the developed world. Because "the American medical system has focused more on fetal and infant safety and survival than on the mother’s health and well-being," new mothers are rarely monitored closely in hospitals, and doctors and nurses often miss symptoms of potentially life-threatening complications. The central figure in this article is Lauren Bloomstein, a neonatal intensive care nurse who died of preeclampsia the day after giving birth. It's important to be aware of the signs; I know healthy women who had close calls with this condition during pregnancy or shortly after delivery.

The scenarios Martin and Montagne describe are among the reasons peer-reviewed research has shown the "risk of death associated with childbirth is approximately 14 times higher than that with abortion." But in their infinite wisdom, Branstad and Iowa's Republican lawmakers enacted new requirements this year for doctors to warn women seeking to terminate pregnancies about "possible detrimental physical and psychological effects of abortion." Naturally, the state does not require obstetricians to give patients information about the risks of continuing a pregnancy.

Avenson, who was known around the Statehouse as "Big Don," was Iowa House speaker from the 1983 through 1990 sessions of the Iowa Legislature. During his tenure as speaker, legislation was approved that offered low-interest farm loans, established a statewide telecommunications network, and fought pollution with a groundwater protection law. The latter law created Iowa State University's Leopold Center for Sustainable Agriculture, which now faces an uncertain future after actions by the Republican-controlled 2017 Iowa Legislature.

"Don was a fascinating individual, a larger-than-life personality, especially during his legislative career. He was a good person," said former Iowa House Majority Leader Jerry Fitzgerald of Fort Dodge, who was with Avenson when he died. [...]

Former Iowa Senate Majority Leader Michael Gronstal, a Council Bluffs Democrat, said Saturday that he was just a freshman House member in 1983 as he watched Avenson became House speaker. Avenson went on to become one of the most significant political figures in recent Iowa history, he added.

"He was a great guy. He was a big guy and I just had a deep respect for Don Avenson, a guy who always fought for what he believed in. He was a great leader for the House and I will miss him a lot," Gronstal said.

Avenson steered the Groundwater Protection Act through the legislature in 1987 as well as a bill that dramatically reorganized the executive branch of state government. Fitzgerald said Avenson was “a towering figure” with shrewd deal-making skills.

“Everybody got something that they thought was worthwhile,” [Jerry] Fitzgerald told Radio Iowa. “...People, when they get into politics — regardless of what they believe and what part of the political spectrum they are they come to realize what the institution is about: try to find solutions (and solve problems.”

Avenson was an avid outdoorsman and a voracious reader of non-fiction. Acquiring books was part of their annual vacation together, according to Fitzgerald. [...]

Several years ago, Avenson tracked down every book about the Lewis and Clark Expedition that was still available in print and he read each one.

On one Facebook thread Saturday, former State Senator Jack Hatch commented, "Don was a giant in stature and in politics. The best leader I served under. His gentle but firm style allowed legislators to experience with issues and his leadership allowed the very best of our work to become law. His contribution is firmly embedded in our state."

State Representative Art Staed: "A great leader; a fantastic, dedicated Iowan; and just an all-around wonderful person to be around."

State Representative Chuck Isenhart: "There are fewer and fewer people around the Capitol who know or remember what it is like to get the work of Iowans done using the arts of negotiation, compromise and truth-telling. We just lost a lot of institutional knowledge."

One of the first people I talked to before getting into politics and ironically, we talked rarely once elected. Why? Don Avenson never wasted your time, when he needed something, he knew exactly when and how to get to the point. Better than anyone in Iowa politics at getting the most done with the least amount of small talk. Two important things we worked on together was the Sales Tax Flood Finance bill after the floods of 2008 and the Greyhound Racing reduction bill. The Flood bill has since reinvested hundreds of millions of dollars back into cities damaged by floods and Greyhound racing bill accounted for nearly a hundred million dollars in buyout investment that downsized greyhound racing in Iowa as the market declined. Big Don always thought big and bold!

I first met Don when I was Speaker's Page and he'd be in the office a lot. While he waited, he'd talk to me about policy and also tell awesome stories about his own time as Speaker and a legislator. He treated me with such respect and kindness and continued to do so as I went from page to legislative assistant to Representative. It says a lot about people in that Capitol on how they treat those who aren't the legislators and Avenson was one of the best. He will be missed by so many.

Senator Matt McCoy: "a lion in Democratic politics. We will miss his sage advice and steady leadership. Don always had time to share a story, offer up career advice or spend time with a new leader."

Former State Senator Tom Courtney remembered meeting Avenson in 1980 when Courtney was lobbying for the United Auto Workers. "There was never any doubt who was in charge when Don was around! Later, after I became a legislator, I found him a no nonsense lobbyist. I hate to see him gone."

Jon Neiderbach, who worked in the Legislative Services Agency during the 1980s: "Very fond memories of Speaker Don Avenson, an old-school political giant."

Joe Shannahan, who has long been active in Democratic politics and was the Iowa Democratic Party's legislative director during part of Avenson's tenure: "Few had a better progressive vision and understanding of public opinion than Don Avenson. #Iowa is a better place because of Don "

Mark Langgin, former assistant to then Iowa House Majority Leader Kevin McCarthy: "I was always skeptical of multi-client Lobbyists, but #DonAvenson was one of the great ones. Deal maker. Mediator, and a leader."

A few Republicans also remembered Avenson fondly on Saturday. A written statement from Branstad included these comments: "Don was a strong and effective legislator and Speaker of the Iowa House who cared deeply about his constituents and the people of Iowa. Even though we sometimes disagreed on policies, I knew that I could always rely on his word. Together we were able to accomplish many things."

Ed Failor, Jr., a longtime leader of Iowans for Tax Relief who is now the top staffer for Iowa Senate Majority Leader Bill Dix, described Avenson as "One of the most decent human beings I have ever known. He will be greatly missed."

David Yepsen covered the statehouse for the Des Moines Register during much of Avenson's career. He posted on Twitter, "A giant of IA politics. The Big Guy leaves the state a far better place."

According to Tom Witosky, another veteran statehouse reporter for the Register, Avenson "loved legislative politics and adhered to one principle. 'It's for a better f****** Iowa' he would say often."

WHO-TV journalist Roger Riley recalled Avenson saying during an interview at his home in Oelwein, "never pick a fight with newspapers which buy ink by the barrel."