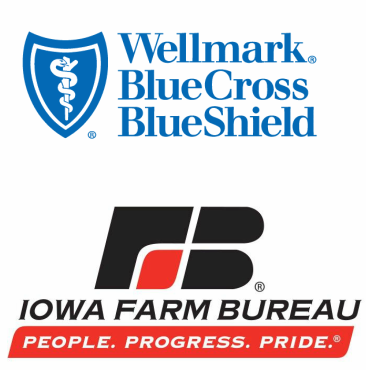 Jon Muller canceled his insurance policy after more than 20 years as a Farm Bureau member because of legislation that could leave thousands of Iowans like his sister uninsurable. -promoted by desmoinesdem

Last night, I sent the following letter to Governor Kim Reynolds urging her veto of Senate File 2349, a bill that in effect grants a monopoly to a partnership between the Iowa Farm Bureau Federation and Wellmark Blue Cross/Blue Shield. This letter does not get into all the negative implications of the bill, but it's a start.

I'm no expert on whether vetoing this bill is politically expedient or not. But I am fairly certain the damage will be vast, and far beyond what anyone supporting this bill ever contemplated.

Please veto SF 2349. I know you're out in front supporting it, but I implore you to reconsider. My sister is a 57 year old woman who cuts hair for a living. She volunteers to cut hair for homeless veterans. She raised her two children by herself, and they have become productive decent adults. She's active in her community, and never denied anyone a favor. Based on her income, she pays about $400 per month for health insurance on the exchange. The real cost is closer to $1,400 per month, but the difference is paid by the federal government.

The problem is twofold. First, there's no chance she has the ability to pay $1,400 per month for health insurance. Second, even if she could, SF 2349 will destroy the exchange. Please read this next sentence carefully. If you sign this bill, by 2019 there will not be a single company in Iowa willing to sell insurance to my sister.

Like most 57 year old people, she has pre-existing conditions. The Farm Bureau/Wellmark franchise this bill creates will not cover her. She will not survive the underwriting.

I sincerely hope you have staff who have explained how this works. If so, this will be redundant. The new franchise this law creates will provide lower cost options for healthy young people. That will take all the healthy young people out of the exchange, leaving it with sick old people. No insurance company will take this risk. Certainly not Wellmark. If they told you they would, they're lying.

This bill is an institutional death spiral. But it's even worse than that.

Republicans have been saying for years that competition is the answer to health insurance. This bill is the opposite of that. It is the most cynical piece of rent-seeking I've seen in 25 years of public policy analysis. The bill literally grants a monopoly to Farm Bureau and Wellmark to provide these non-insurance insurance policies.

At the end of the day, the lawsuits will fly, and the State will lose these lawsuits. We can pass a law categorizing you as a man, but it won't make you one. These are just insurance policies the law operationally defines as non-insurance. If you sign the bill, this is the best case scenario.

So here are the options. We'll waste hundreds of thousands, even millions of dollars defending a loser. Or we'll spend all that money and kill the insurance market, giving a monopoly to Farm Bureau and Wellmark. Thousands of farmers will lose access to health insurance. And tens of thousands of others. Including my sister.

I have never been a partisan. I have voted for Republicans and Democrats. More the latter than the former admittedly, but I have worked for Hubert Houser, Danny Carroll, Darrell Hanson, Dotty Carpenter, Maggie Tinsman, and even Robert Ray, none of whom ever supported something this absurd. More to the point, I worked for Executive Directors Denny Presnall and Jerry Downin at the Farm Bureau when I was Research Director, and I have a hard time believing they would have sold out their members with this bill. This is just crazy.

I have been a Farm Bureau member for more than 20 years, and have now canceled my insurance business with them, effective today.

Please veto this bill. This isn't hyperbole. This is what is going to happen. Farm Bureau members will be very grateful you did, even if the Farm Bureau bureaucracy will be disappointed you don't grant them a monopoly.

Thank you for your consideration.