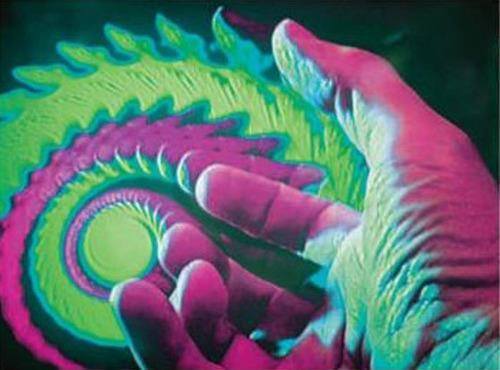 A spiritual case for a woman's right to have an abortion

A personal reflection by Jon Muller. -promoted by desmoinesdem

Those who read my posts have come to expect conclusions based on data, some level of quantification of a process, phenomenon, or proposal. There are plenty of data with respect to abortion that might inform our views, but this is simply my spiritual and moral view with respect to two claims.

1) Choosing to terminate a pregnancy is not a moral question.

2) The right of a woman to have an abortion should not be infringed.

The Iowa General Assembly passed, and the governor signed, Senate File 359. Known as the heartbeat bill, it bans abortion once a fetal heartbeat can be detected, typically around 6 weeks. It has been roundly reported throughout state and national news outlets as the most far reaching abortion restriction in the nation. If upheld by the courts, it would end virtually all legal abortions in Iowa.

I believe abortion is a decision that should be left to a pregnant woman, in consultation with whomever she chooses to consult, or in consultation with no one at all if that is her choice. I was moved to record my rationale after reading a Dubuque Telegraph Herald article entitled "Celebratory atmosphere marks Dubuque County Right to Life Dinner," published on Saturday, May 5. My wife and I were on a weekend retreat to Galena, and I happened upon the newspaper. The article reported the motivations for a group leader who was celebrating passage of SF 359 (the story is behind a paywall).

As a teenager, the gentleman impregnated his teenage girlfriend. He persuaded his girlfriend to have an abortion. Although they are married today with children, his actions as a teenager haunt him. So now it is his mission to make sure no other man has to go through his pain and regret.

The gentleman in Dubuque is so upset that he told a woman what to do (when he had no business doing so), that he now feels compelled to tell all women what to do. All because of how it made him feel then and how it makes him feel now.

When my wife Mary was pregnant with our second child, as full grown married adults, the doctor disclosed an assignable probability the child would be born with complications. I helped her do as much as research as we could into the risks and probabilities. And then I told her I would support whatever she chose to do. I wouldn't dare attempt to persuade her to take one path as opposed to another. Her body, her choice.

Yet this man thinks it was his right to persuade his girlfriend when he was 16, imbued with one set of religious beliefs, and now his right to tell all women what to do now that he's imbued with a different set of beliefs. That's when I decided to make one spiritual case for a woman's right to have an abortion.

Rather, our essence is the sum total of our ideas, views, attitudes, points of views, fears, hopes. It's the manner in which we express love, hate, loyalty, the degree to which we are expected to tell the truth or lie, and our sense of humor. It's the way some people light up a room with a smile, and the destructive narcissism that puts people on edge. It's all those things and many more. That is our soul.

Our own brains and bodies both develop and store our soul while we are alive. Those people closest to us carry our soul with them while we live and after we die, reflecting back our qualities in our absence. Anyone who has ever lost someone close to them has experienced this phenomenon. Not just imagining, but knowing exactly how our lost person would have shrugged, laughed, cried, or how even what she would have said, in response to some life event we happen to be experiencing. And on it goes, until, after a couple generations, it is little more than a faint light for the vast majority of us. And then we're finally lost to the ages.

A fetus has no soul. It has none of these qualities. It is completely divorced from the joy, hope, or fear that we have about it. All of those reactions exist within us, and none of them within it. Terminating a pregnancy, under this set of beliefs, is not inherently even a profound event. Because I believe what I believe, I understand perfectly why any teenage girl would choose to have an abortion. She will have a chance to grow up a little more slowly, more easily extend her formal education, and evolve into an adult more capable of taking care of both herself and her children later in life, should she choose to have them. Strikes me as a completely rational decision.

Had my wife chosen to terminate her pregnancy, I'm sure we would both have been disappointed for a time. We certainly were when she had a miscarriage prior to that pregnancy. But our sadness didn't last long. It was not life-altering like losing a grandparent, spouse, child, parent, sibling, family pet, or close friend. Not for us, anyway. There was no soul to lose, as there is with all those other creatures we love. Simply the end of something we were looking forward to. We would not have been sad about the fetus. It had no soul to miss. We would have been briefly sad for ourselves.

It is not my objective to change your view to my way of thinking. I don't have the slightest desire to change the way you've come to understand and make sense of these things. We're all on our own journey. Rather, it is important that you understand why you want to take away a woman's choice. In virtually all cases, it is because of your own religious beliefs about our essence.

If our essence comes from god(s), there may be a different answer. If some divinity is contained in a zygote, embryo, or fetus, I can understand how one might feel differently about an abortion or a miscarriage, even in the case of rape, incest, or risk to the mother's health. The pain and regret for someone with this view would understandably be quite different than my family's experience. But even in this case, the pain would not be on par with losing a loved one with real emotional/intellectual human traits. It's internalized guilt, which is different than the pain of real loss.

President Obama tackled this divide in his book "Audacity of Hope," whereby he tried to persuade us to restrict the abridgment of liberty to those things that are "revealed to us all." All sane people believe it is wrong to steal and murder. That has been revealed to us all. For those with traditional religious faith, it's revealed through their ancient holy books. For those of us without those traditions, we discover it is largely in our nature, available to everyone with normal human traits like empathy and rational thought. Some aberrant humans lack empathy or self-control, so we accept laws to state the obvious, as a work-around.

Abortion foes have the power to restrict these rights, if not now, then with a few more years of new judicial appointments. But realize, it is every bit as offensive to someone with my view of human essence to restrict a woman's right to choose as it would be to require all pregnant teenagers to have an abortion. You have the power, but it is a profoundly immoral exercise of power to impose your religious beliefs on other people. And that's what just happened in Iowa. The government decided to define human essence in direct opposition to my spiritual beliefs.

(Endnote: I first experienced this sense of the soul at age 21 when my father died. My views were more fully developed after reading I Am a Strange Loop by Douglas Hofstadter, which I highly recommend. I still reflect on my dad on a regular basis, and try to keep him alive through my own kids. They never met him, but they know him fairly well.)

Top image: Adapted from the cover of I Am a Strange Loop.