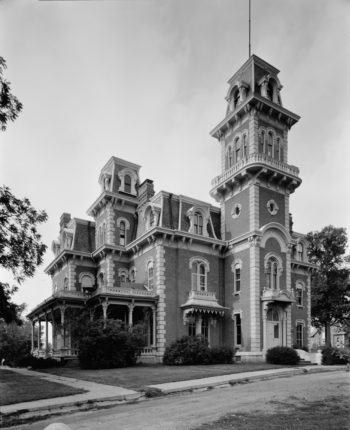 Wishing is not a strategy

Bruce Lear, a longtime regional director for the Iowa State Education Association, ponders what a new governor could do to help pass a fairer law on bargaining rights for public-sector workers. -promoted by desmoinesdem

I also wish every day in Iowa were 70 degrees, the Cubs won the World Series, and I lived in Mayberry. But wishing is not a strategy.

All the Democratic candidates for governor of Iowa are far superior to the current occupant of Terrace Hill, but each may have a different strategy regarding how to restore public sector collective bargaining. As the adage says, “The devil is in the details." It's time to hear some of the details.

It is not enough to keep defining the problem without a way to solve it. At the end of the day, you’ll have a well-defined problem with no fix. Its time to begin talking about the strategy to get Iowa to where it needs to be. And the first question is in terms of public sector collective bargaining, where exactly is that?

What are the steps each candidate will take to restore bargaining rights for public sector workers? Specifically, should the new governor propose to simply turn back the clock and restore the law that was in place for 40 years, or should Chapter 20 be altered to strengthen it? How do you get bipartisan support to do either of these changes so if there is another red tide, the law doesn’t simply disappear out of the desire to erase the previous administration?

I have heard a number of people suggest a new Democratic governor could simply change the law by executive order. That simply will not work. The collective bargaining law is in the Code of Iowa, Chapter 20, so changes will need to be passed by both chambers and signed by the governor.

So, if the newly minted governor wants to help public sector workers, what steps should he/she take to begin to ensure the law will pass and will last for at least another 40 years?

A law that is not sustainable over time is very damaging to both labor and management, because bargaining history cannot be established and bargaining comparability is almost impossible from year to year. Both are currently criteria for arbitration.

The first step is to convene a group of public sector bargainers from both sides of the table to see what the law should look like. The reason the law enjoyed bipartisan support in 1974 wasn’t that everyone loved it. It was because everyone recognized not having a law would be worse than having one, because without it, public sector workers could disrupt essential services. The need for the law should drive the committee discussion.

In 1974, even very conservative legislators couldn’t stomach having their son or daughters’ first grade teacher behind bars because they were a part of a strike. Given the looming teacher shortage and what is going on across this country and in Iowa with school funding, this is again a real possibility, growing into a crisis which demands action. I think even legislators purchased by the Koch brothers have a sense of self-preservation, if not conscience.

The second step is to organize rural Iowa to put pressure of their legislators to protect education and all other public services. This needs to begin immediately after the general election and prior to the legislative session. It won’t be cities like Des Moines or Iowa City that will be devastated if their school districts dissolve or their building closes through lack of qualified teachers. It will be places like Marcus, Shellsburg, or Rock Valley. This is the message: "The legislators representing these small, rural communities need to start voting to protect rural Iowa, and a progressive collective bargaining law can help protect their way of life."

The third step is the most controversial. The new collective bargaining statute will have to be a compromise. I know, the word “compromise” in some places has come to mean “capitulation.” What I am talking about is a law like the one born in 1974. Not perfect, but serviceable.

I understand the huge problems with so-called "right to work" laws, and it should be repealed in Iowa when there is a political opportunity. But anyone who thinks all of a sudden Iowa is going to strike down right to work, which has been the law for decades, somehow believes the whole state will turn into Iowa City overnight. It isn’t going to happen. We can’t wait for that, so right to work needs to be separated from a new public sector bargaining law.

What I am saying is, there needs to be a “how” and specifics on “what” attached to restoring bargaining, or it will languish and we will go another session without hope. While wishing is not a strategy, public sector professionals need HOPE, and that has been in short supply in recent years. It’s time the new Iowa legislature and the new Iowa governor give them some HOPE.