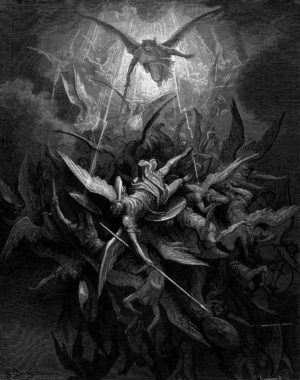 Angels falling from the sky

Retired writer and editor Dennis Smith reflects on the "meteoric rise and fall" of Nate Boulton. -promoted by desmoinesdem

Perhaps everything that needs to be said about Nate Boulton has been said already; perhaps nothing needed saying in the first place. And, perhaps, there is more to be discovered with regard to this sordid little chapter in Iowa political history, whether that redounds to Boulton’s benefit or further disgrace.

I never supported Nate Boulton and, given the circumstances of his meteoric rise and fall, never would, though certainly I would have given him my vote against the Republican sociopaths currently in power, barring even worse revelations about him. I knew nothing of him. It’s not that I haven’t given electoral and financial support before to candidates I didn’t know well. I have. But those people typically come recommended to me by a very small circle of people whose judgment and political instincts I trust implicitly, and not one of them recommended Boulton to me over the year of his candidacy.

I knew nothing of him. Nothing. And, I suspect, neither did the bulk of his supporters, who can (and will) speak for themselves. I suspect they liked what they saw. And what did they see? They saw what they thought was a fresh, promising young prospect to come off the Democratic “bench” to claim leadership for a new generation—never mind that he had sat on that bench for less than a year before announcing for the highest office in the state, leapfrogging older and vastly more experienced people who have been laboring in the trenches for many years.

They saw a cherubic baby face with a toothy grin, a compelling family story, an easy manner and the “common touch” essential for leaders to bridge that divide between power and the people that power would serve. But most of all they saw a powerful public speaker whose facile turn of phrase and passionate delivery tore through the disingenuous and self-serving arguments of the union busters, teacher bashers, immigrant haters and woman oppressors in the Republican opposition.

They saw, I would submit, a “savior” of sorts, certainly a champion unstained by any record of error, compromise or defeat that attaches to any man or woman who has had to slog through the muck of partisan politics for any length of time.

Chatting with a friend recently, I suggested that, besides speaking with the tongues of a thousand angels, Boulton’s advantage with and appeal to all of those people who literally, physically followed him as he marched through the streets from one event to the next was because he had no record to speak of—no stain on the halo they assigned him, no ballast to bring those wings crashing down to earth.

In fact, this angel with the flaming sword of his soaring rhetoric was, in this age of our degraded public discourse, the antidote to everything bad that happened in 2016 and has happened since, the anti-Trump sent to vanquish the lesser demons of Iowa who sent the Devil Himself to sit on the throne of worldly power in the White House. That he was, in fact, a mostly unknown quantity himself was almost a recommendation against forces whose serial depravities were all too well known.

And then last week happened.

That Boulton’s downfall would be due to the same kind of behavior that did not bring down Trump is, to say the least, painfully ironic, especially insofar as what Boulton has been accused of thus far, though appalling, pales in comparison to the misdeeds of the moral vacuum squatting in the Oval Office. But, as Democrats, we don’t use Republicans in general or Trump in particular as yardsticks for our own standards of conduct.

None of this negates the good work Nate Boulton has done in the past, nor makes less painful the loss of his higher angels to public service in Iowa and beyond in the future. And none of it reflects poorly on the people who supported him in their hunger for a higher vision and values in our public life. We all fall; we all come crashing down to earth at some time in our lives. What matters is how we once again rise. And what we rise to do.

Dennis Smith is a retired writer and editor. In 2012 he became the first plaintiff to successfully sue under Iowa’s Whistleblower Law, and has dedicated much of the lawsuit's proceeds to supporting Democratic women to elective office in Iowa. He and his wife live in Des Moines.