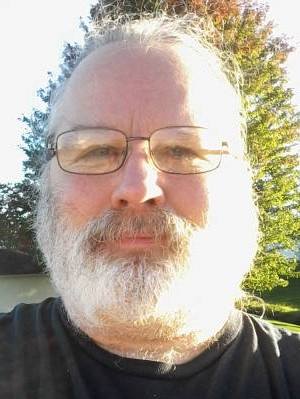 Bigotry in Iowa gets a reprieve from skulking in the shadows

Roseanne Barr’s racist tweet and the cancellation of her show are a macro example of what is happening in our everyday lives, folks feeling empowered to share openly what they used to hide: bigotry. After a visit from someone I have known for forty or so years, I was surprised how he had suddenly embraced right wing talking points.

I always knew he was bigoted. His mask slipped off occasionally over the years to show that side, usually when he would express himself in a very aggressive and angry way. Now that he has found kindred spirits not just in the president but social media, he is out and proud.

He railed against feminists and spoke of a book he wrote as a response to something Gloria Steinem published, but I haven’t seen it. He also takes pride in getting blocked from feminist message boards and seems to become happier the more he demeans and hurts others.

His bigotry was muted over time, but when we elect a president who launches his campaign while scapegoating Latinos like Trump did, you’re not dog whistling. You're communicating loud and clear to a part of the electorate that you used to have to speak in code to, the bigoted.

If you hear that and are thinking “That’s how I feel,” you probably like the president. While racism used to mark someone as a pariah, now it seems acceptable to some of the president’s supporters.

This is where we are and why we can’t have honest conversations. We are starting from a place of dishonesty; the dog whistle laid bare for all to see and yet not acknowledge.

This is bigotry, but we call it anything but. And by not talking about it we are normalizing it.

You can have a conversation and watch the facts contradict themselves not in a paragraph, but a sentence or a breath. When the original lie is that others are responsible for your failures, your self-image can’t take the scrutiny. It’s much easier to just let the facts fit your narrative.

This behavior is dangerous and un-American. From the lies about Barack Obama’s birth certificate to conflating undocumented workers to gang members. From “bad people on both sides” in Charlottesville to calling NFL players “son of a bitch.” With all the misogynistic behavior the president displays, its no wonder bigotry has crawled out from under the rock where it used to dwell.

We have bigots and misogynists on the left. We have creeps like Anthony Weiner and Eric Schneiderman who resign in disgrace. Yet the president is excused as a good percentage of his supporters don’t just look the other way but emulate and aspire to this kind of conduct.

At some tipping point either decent and principled conservatives will call out this disturbing lurch back into the darkest chapters of our countries history, or they will keep allowing it to be normalized. The party of personal responsibility needs to live up to their own ideals and stop dividing the electorate and blaming minorities for the policies they have constructed. To not act is to be complicit and aid in the demonizing of their fellow Americans.