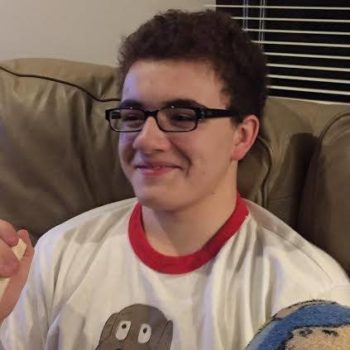 Ben Muller is a University of Iowa student. -promoted by desmoinesdem

Do you know why Republicans aren't desperately jumping ship right now? Because they're getting everything they wanted from Donald Trump. Not just the rich ones; his base too. So what if they lose their coal jobs? They were going to lose them anyway.

They voted for him because they knew it would make us miserable. Watching us squirm is worth more to them than any miracle a president can achieve in eight years, and can you really blame them? Think about how so many of us perceive these people. We're as hateful as they are; we just happen to have the advantage of being a little more diverse, and thus we tend to think a little more globally.

It’s hardly unreasonable to suggest that the burden of taking the first step, being the bigger person, rests with those of us who concede we will never truly understand different groups of people if our opinions about those groups are divorced from cultural relativism.

Do you seriously think the average Trump supporter doesn't know that racism is wrong? Of course they know. That's why it's so hard to convince them that they're racists. It's a lot to ask of someone to instantly come to terms with the fact that they have such a gangrenous moral flaw when they've spent their entire life pretending it wasn't there. Yelling "racist" at them isn't going to cut it.

We can spend eternity blaming each other for racial tension, but no one chooses to be a racist. The biological impulse toward suspicion of people who look and speak differently than we do stirs in almost every human being. The extent to which that impulse governs our actions is determined by a number of circumstances. Some people grow up never knowing any minorities. Some people have bad parents. Some people have traumatic experiences that cause them to make unfair associations. It's not a conscious decision; like my ADHD, it's just something that you need to deal with if you want to make life in the modern world less inconvenient for others and for yourself. In that sense, I feel nothing but sympathy for racists; at least I get to take a pill for my problem.

These people feel how they feel and vote like they vote because they're afraid of the world. A world they recognize less and less with each passing year. They want to live in a country that exists apart from it. Something comfortable and familiar. And what do we do in response? We condemn them as backward morons who make the rest of us look bad.

They want nothing to do with the world, because the world we present to them is hostile and judgmental and hates them. As they see it, we on the left view them as a boil that democracy prevents us from lancing, otherwise we'd bulldoze their small towns, corral them into city housing projects, burn all their bibles and prevent them from reproducing.

Given that they’re voting in our elections, it might be in our best interest to work on changing that perception. We have to swallow our rage and fight with tacit, stoic opposition, just like they did at the Greensboro sit-ins in the 1960s. If we stop listening to right-wing protesters when they start screaming, why should we assume they’ll listen to us when we do?

If the objective of the protest isn’t to make people listen, then the best case scenario is for us to show up in such great numbers that we scare the other side. Before too long, that fear will fester and give us another president who makes us sick. As Dave Chappelle put it in The Bird Revelation when discussing the #MeToo Movement, “You got all the bad guys scared. And that’s good, but the minute they’re not scared anymore, it will get worse than it was before. Fear does not make lasting peace. Ask black people.”

I don’t have any stories about overcoming racism or helping anyone else defeat their own prejudices. However, I do have a personal anecdote from my childhood that I like to bring up when discussing how best to approach someone’s reluctance to grow and face their fears. I learned how to ride a bike much later than most of my childhood friends. I was afraid. It moved too fast, I had no natural instinct for it, and every time I got on I was scared of falling off and getting hurt.

My dad got impatient with me, against his better nature, and couldn’t help but raise his voice. But being in the timid and vulnerable state that I was, his anger only made me withdraw further into myself. When he reached his wit's end, he placed me under the tutelage of my brother Joe.

In retrospect, I haven't given Dad nearly enough credit for that decision. Joe has always had a certain thirst for freedom, and to a child like that, a bicycle is something special. Dad wanted me to learn how to ride because 98 percent of kids already knew how by that age. A part of him thought the fact that I was so behind the times reflected poorly on him as a parent. Joe had no such insecurity. He didn't care what 98 percent of kids my age could do; he just wanted his little brother to feel that freedom he felt.

He told me about all the things I could do if I learned, all the new places I could go, and all the friends I could ride along the bike trail with. It was more than just rubber and metal; it was the means to go from one place to another without needing help from Mom or Dad or anyone else. So we walked to the school playground, set ourselves up on the blacktop, and half an hour later, I was steady enough to ride home. And during that ride, I felt like my brother had just given me the entire world. It was far larger than I'd ever imagined, and my home in it was much smaller than I'd ever understood.

That's how we overcome ignorance. Don't tell these people they need to change for the sake of their community. Change is the greatest gift you can give to someone, and we've been pitching it to them as some benchmark that they have to meet to avoid social alienation. Show them that it's worth it. Tell them of all the wonders that await them on the seat of that bike, and be patient with them when they fall off, as they’re sure to do from time to time.

Don't overcome your prejudices for anyone else. Do it because a citizen of the world will never feel the loneliness of exile. Do it because you deserve to know how it feels to transcend concerns as mundane as skin color or nationality. Do it because the world is full of cool stuff that will give you wisdom and pleasure, and wonderful people who will give you love and friendship. The world is far too big for you to spend your whole life caring about one tiny little piece of it, and far too small for us not to inhabit it together as one family.

How can anyone trust in my love if I can’t find it in my heart to love the person I hate most? When I find that strength, you can always be sure that I will love you tomorrow. Just like riding a bike, I will never forget how.