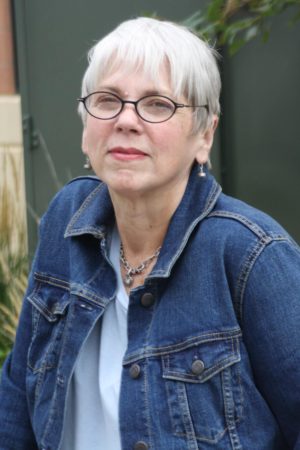 Because I have been job-hunting since August 2017, I noticed that Iowa Right to Life had been advertising for an executive director for about three months. I joked with a few of my friends about applying for the position, and in late April or early May, I did.

Because I’m extremely present on social media and my solid pro-choice stance is no mystery, I never dreamed I’d get an interview. But in late May, I received a voice mail asking to schedule one.

After getting over my astonishment, I called back and scheduled the interview. I’m not even sure what my intent was, other than to satisfy my curiosity and have a little fun at their expense. Going into the meeting, I didn’t really have a plan, and while I’m pretty badass, I asked my husband to drive me in case it got scary. I needn’t have worried; the youngest of my interviewers was well into his 70s.

I asked almost as many questions as they did. Here are my major takeaways:

They don’t screen their applicants well. My social media presence should have told them everything they needed to know about how good a fit I would be for their organization. They only asked two questions about my stance on reproductive rights. I was able to easily avoid both of them without being untruthful.

The first was what drew me to the organization. I responded that I am very committed to Iowa women and want them to have the very best resources possible.

The second was, “If you had to describe your life as pro-choice or pro-life, what would you say?” I told them that when I was in my mid-twenties, I had an unplanned pregnancy and I chose to have and raise the baby as a single mother. Their obvious pleasure in my answer made me uncomfortable.

They tried really hard to make a connection to me--and fell woefully short. When I told them my advocacy had primarily been around disability, one of them, a Social Security attorney, told me they also advocated for people with disabilities and persons reaching end of life. He elaborated by talking about when prenatal testing revealed that a fetus had Down syndrome or some other fetal anomaly, “many, many fetuses are aborted because they would be inconvenient” for the parents.

I expressed that as a sociologist and disability advocate, I’d be very interested to see his source material. He said he didn’t have it at his fingertips, but if I went “out on the internet,” I’d see “all sorts of things.”

As a follow-up to that conversation, I asked if they also advocated for adequate funding for services and supports for people with disabilities. Their response: they didn’t have that wide a reach. They likened it to how they prefer adoption but don’t advocate beyond doing referrals to adoption agencies. I wish I’d been quick enough on my feet to ask how they felt about adoption to same-sex families, but I wasn’t thinking that quickly.

They were fervent in their mission to “defend the unborn” and described their work as not just mission-oriented--they actually used the word missionary. Having grown up in a fundamentalist church, I know fervor when I see and feel it. I was definitely having flashbacks to my upbringing. This organization, at least the four people who interviewed me, believe God has called them to save the unborn.

They are very much a dying organization, and apparently, so are their cohorts.

1) Their youngest board member is a 40-year-old male. The rest of the board members are well into retirement.

2) Some of their board members had served for as many as 30 to 40 years. I expressed my philosophy that people who are impacted by a group's work should be at the forefront and therefore, the board should be comprised primarily of young women of childbearing age. That was dismissed out of hand. They told me they hadn’t been very successful in recruiting young people to their organization.

3) They don’t have an annual budget. When I asked that question, their response was literally, “We don’t have one.” We discussed at length how the only income the organization has is donations from people who support their mission.

4) There are nine Right to Life-like groups in Iowa. They noted that the others had fallen on lean times as well. Iowa Right to Life has partnered with three like-minded organizations in an incubator-type situation, sharing support staff and office space. In their heyday they had a budget of at least $300,000 annually. Now they have less than a third of that. They explained that their bigger donors were dying off, and farmers (who also made up a big part of their donor list) were giving less and less.

The inability to attract younger people and the shrinking donor base don't augur well for the future of Iowa Right to Life and similar organizations.

Ruth Burgess Thompson is the chair of the Central Iowa Center for Independent Living, Vice President of the South Side Des Moines Democrats, and a very active member of the Polk County Democrats. She clerked for Senator Liz Mathis during the 2018 legislative session and most recently worked for Matt McCoy's campaign for Polk County Board of Supervisors.