IA-01: No, Rod Blum, wife-beaters and child abusers should not have guns

Caleb Gates is a constituent of Representative Rod Blum in Linn County. -promoted by desmoinesdem

In 2014, the National Association for Gun Rights and Iowa Gun Owners sent then Congressional candidate Rod Blum their federal candidate survey about various gun-related issues. This survey (enclosed below) asked if Blum would support repealing the “Lautenberg Domestic Misdemeanor Gun Ban.” The Lautenberg Amendment, enacted in 1996 and named after Senator Frank Lautenberg of New Jersey, barred anyone convicted of domestic violence from purchasing a gun.

The Lautenberg Amendment also made it a crime to knowingly sell a firearm to anyone convicted of domestic violence. Domestic abuse victims need such protections because, according to the American Journal of Public Health, these victims are five times as likely to end up dead if their abuser can access a gun.

But Blum wanted to repeal the Lautenberg Amendment, in essence saying, wife-beaters and child-abusers should have guns.

The Iowa Gun Owners survey also asked candidate Blum if he would support the repeal of federal “gun-free school zone” laws. The Gun-Free School Zone Act, passed in 1990, forbade unauthorized individuals from carrying a loaded or unsecured firearm inside or within 1,000 feet of a school. The Gun-Free School Act of 1994 required schools to expel students who brought a gun to school.

Blum said he opposed those laws. Schools should be places for safe learning. Guns do not belong in schools. Does Blum think guns should be allowed in schools?

In April 2017, I attended a Cedar Rapids event where Blum spoke. Based on his answers to this survey, I had typed up the following questions:

1. Congressman Blum, the National Instant Check System is used by the FBI to prevent criminals from purchasing firearms. Right now there are ways to purchase a firearm without undergoing a background check. For example, someone could purchase a firearm in person or arrange a purchase over the internet from a private gun dealer who does not have a Federal Firearms License without undergoing a background check. Would you support a bill which mandates Universal Background checks on all private sales of firearms and ammo including at gun shows, in person, and over the internet?

3. Congressman Blum, in 2014 you supported repealing the “Gun-Free School Zone” laws. Such a repeal would allow people to bring firearms on to elementary, middle, and high school properties without penalties. Do you still support allowing people to carry guns on school property?

After the event I talked to Blum and told him I had some questions for him about guns. I gave him these written questions with my contact information. He took the paper, shook my hand, looked me straight in the eye, and promised to respond with his answers to these questions.

But Blum never contacted me about this issue or answered my questions. If he believes domestic abusers should have access to guns, he should not represent us in Congress. If he believes guns belong in schools, he needs a different job. If he opposes universal background checks, he should hand his seat over to someone serious about gun safety.

As a parent of young children, I do not want guns in schools. As a concerned citizen, I do not want women and children who have suffered abuse to be shot by their abusers. And as a voter, I do not want a representative who tells me to my face he will answer these questions, and then breaks that promise. 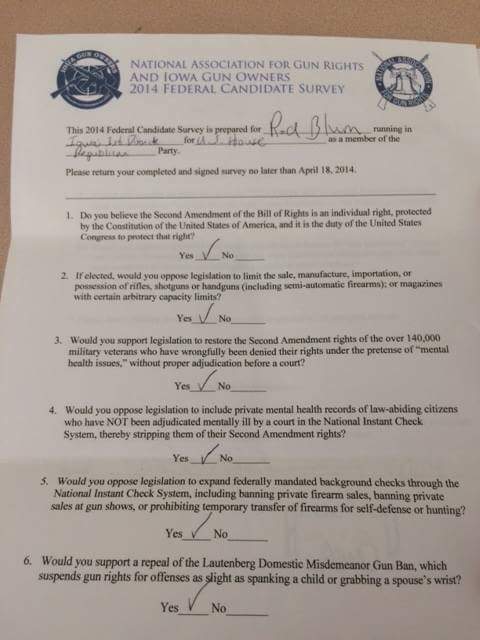 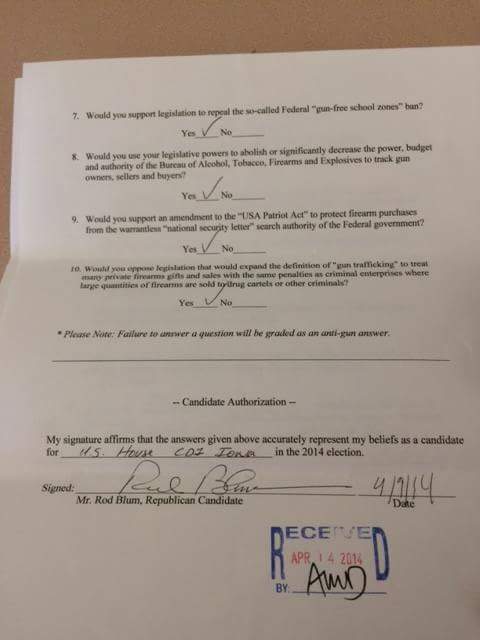