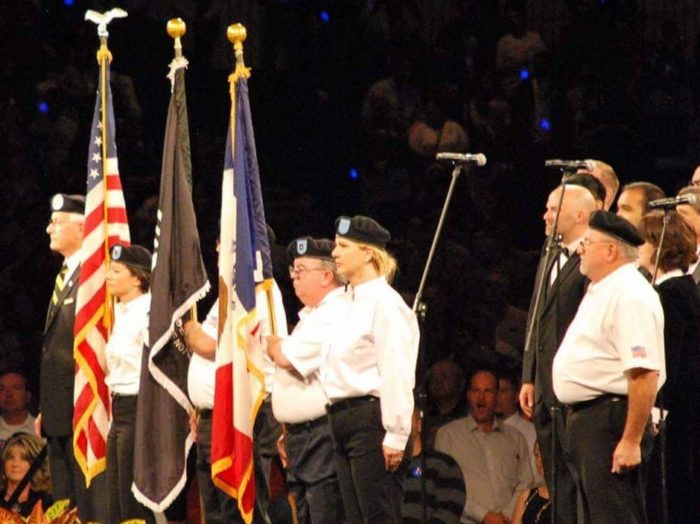 Democrats have a patriotism perception problem

Joe Stutler is an Army veteran and member of the Iowa Democratic Veterans' Caucus. -promoted by desmoinesdem

Democrats have a patriotism perception problem...one with a simple solution.

Let's start by acknowledging the elephant in the room. Literally. The GOP (symbol: you guessed it, the pestiferous pachyderm) owns the idea of "patriotism," that deep pride in and love of country that is such an emotional driver for many. And drive it does...straight to the polls.

Nathaniel Rakich and Dhrumil Mehta reported on this phenomenon in early July at FiveThirtyEight.com, and the numbers are stunning even to someone who has been warning of this problem for more than a decade. In their piece "We’re Divided On Patriotism Too," they wrote,

We might ask, is there really a problem, or is this just a "perception" thing? Are Republicans really more patriotic than Democrats? The answer is perception is reality, so yes, we do have a problem. Remember, these numbers are based on what self-identified Republicans and Democrats say about themselves, not their perceptions of each other!

One key factor of the patriotism perception problem is that Republicans tend to be more hawkish, and consequently more connected with the military. While Democrats are generally better on the issues that impact our troops and veterans, the GOP has done far better on messaging, and they have for years. Republicans have been consistent and noisy about supporting the troops and caring for our vets, even though their party in reality is far more supportive of defense contractors than of those who risk their lives for our freedoms.

At virtually every event, every meeting, the GOP makes sure the symbolism is there, loud and proud, be it "Veterans for..." signs or mentions in speeches or having clearly-identifiable vets in their back bleachers and crowd shots. For Republicans, it's automatic. With the Democrats, on the other hand, troops and vets appear to be an afterthought, if we're thought of at all.

What does this mean for Democratic candidates? For one thing, it means you're starting on the down-side of a 26- to 43-point gap on the patriotism issue. Even at the low end, that's a big gap. Chances are, while it may not be the key issue for many voters, it can skew their perceptions of you overall.

There is a solution to this problem, and it's easy and cheap: Show you care. That’s it.

Simple indeed...so what does that entail? Put a Military/Veterans section in your issues package. It doesn't have to be your primary issue, just make clear you recognize the topic is important enough to be included. Be sure to invite and acknowledge service members and veterans to your events and meetings. Have a military/veterans adviser for your campaign. If you are a veteran, say so. If you are the spouse, child, grandchild, or parent of active duty military or veterans, say so with pride. Hold press conferences, forums, or roundtables where military and veterans are a focus, or where related issues are discussed.

These basic actions will show in a public way that you are indeed patriotic, at least as far as perception goes. They will also make you better informed about the military and veterans, so you can speak to related subjects when questioned, for example in debates. They will give your supporters the resources they need to promote you to their peers and others. They will help show independents and Republicans that Democrats are good on issues that matter to them.

Think of taking these steps as getting an inoculation. It doesn't take much effort, and can help immunize you against the right-wing attacks on our supposed lack of patriotism.