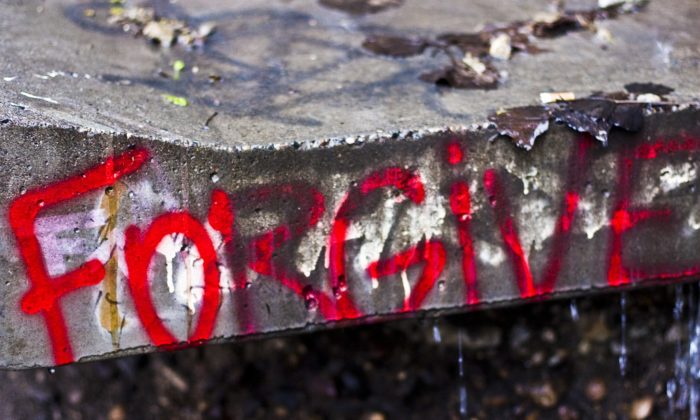 Forgiveness. Can you imagine?

The Jewish people are about to enter into the annual Ten Days of Repentance -- Aseret Yemei Teshuva in Hebrew -- in which, by tradition, we take stock of our behavior of the last year. Jews don't have daily confession; we let it build up over 365 days and then try to purge ourselves of shame, guilt and what many of us would call sin, as we pray to God for another year of well-being.

So, as my people make preparations for this season of confession, I would like to confess: I've made my peace with Germany.

No Jewish person born in the 1950s, as I was, can rid himself or herself of the Holocaust. This horrific national policy of institutional annihilation is as tightly woven into our ancestral memory as 9/11 will be into that of Millennials. But the Holocaust has influenced how many of us view societal, economic and social relationships. For years without end, I vowed I would never eat German-style food, own a German-made car, or become friendly with those whose last names were of German heritage, much less visit that country.

Ironically, it took the emergence in America of the same kind of ugliness that fueled Nazism in the 1920s to change me.

I have friends who have traveled to Germany and told me they were taken aside and politely informed that a word they were using to describe the Sinti and Roma peoples -- "gypsies" -- was forbidden. You see, the Sinti and Roma were Holocaust victims as well: half a million of them. They were as demonized as the Jews, and Germany now has a law against invoking hate speech. America does not, and we have a president who encourages it.

In May 2015, German Chancellor Angela Merkel gave a speech in Moscow confirming her country's responsibility for the genocide.

Today, as America is relinquishing its heretofore unchallenged position as leader of the free world, Germany is assuming that role. At the same time, it is facing a renewal of the onslaught of ugliness, fueled by fear and loathing of immigration, that is infecting much of Europe.

We cannot know what the months and years ahead will bring. But we can know this: the German people have a framework to resist. It is in their law books. Unlike ours.

Top image: "Forgive Yourself" tagging under the Stone Arch Bridge in Minneapolis. Photo by Tony Webster, via Wikimedia Commons.