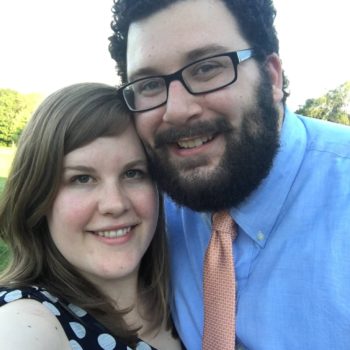 John Grieder is a Democratic activist in Waterloo. -promoted by desmoinesdem

I am scared as a young man who is a teacher, because I know for the last decade Republicans have been on a mission to gut public education from kindergarten to college in the state of Iowa. I am scared that now that my collective bargaining rights are taken that my voice means less to those with power to decide my employment status come hard times. I am scared that my students won't get the future they deserve because of a lack of supply, because of too crowded classrooms, because we favor the fewer over the many. I'm scared that the quest for "reform", that teaching to the newest test will replace the lessons that I and thousands of other teacher carefully craft each day to inspire and teach our students.

I am scared as a young man who believes in our democratic, republican form of government, where our elected officials are accountable to us. I am afraid that my representatives, my senators care more about who writes the biggest check, than in doing the greatest good. I am terrified that millions of dollars will drown out the voices of millions of people. I am scared of a government where nameless officials get to conduct a soft coup against the president because they're afraid of his temperament. I'm afraid of a government where scoring partisan victories that strip workers of their rights, patients of their health care coverage, citizens of their right to vote are more important than finding common ground and doing the most good.

I am scared as a young man who recognizes that America is a rich tapestry of races, identities, and orientations. I am scared of a government that demonizes anyone simply because of where they worship, whom they love, or what they look like. I am scared as an educator to tell young people that America is built on hope for people like them when all too often nativism and racism seem the more predominant public discourse. I am scared that people who look like me, who are so afraid of losing their privilege and power, will do awful things to maintain their position.

I am scared as a young man who is a father that I will have to comfort, console, and defend my daughter someday because we refuse to confront toxic masculinity. I am scared that my daughter will grow up in a world like I did, where her value is determined not by her brains, her work ethic, her perseverance; but her gender. I am scared for all the women I know that we will continue to not believe them, denigrate them, rake them over the coals whenever they dare stand up for themselves.

So yeah, the president is right. It is a scary time for young men. It's a scary time for anyone who truly loves and believes in this country. But it is the darkness that we can best see the light. It is in despair that we can find the tendrils of hope. But this is hope we must build. This is hope that we work towards every day at every door and in every phone call. This hope, of restoring America, of returning to our ideals, can and will happen. But we have to make it happen. So yes, I am scared. But for the next 30 odd days I'm going to use that fear and turn it into hope.