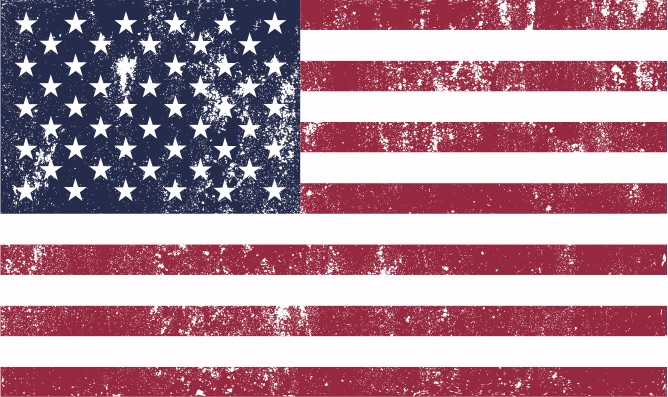 A personal reflection from Ira Lacher, inspired by the tragic events of the past week. -promoted by desmoinesdem

When I was 22, I left New York and moved to America.

It's a line I have used over the years to introduce myself. I use it in jest, and it gets a laugh. Most folks who hear it realize that New York City and the Northeast are worlds apart from the land between the coasts.

But I never realized how far apart until now.

Substantial numbers of Americans pledge allegiance -- not to liberty and justice for all, but only for some. Last week, we learned what happens when unhinged individuals who buy into that idea, and the words behind it, take it upon themselves to act on those beliefs with violence.

The number of hate crimes against those demonized by President Donald Trump and his fellow travelers have all increased since he began running for president on a campaign that outdid George Wallace's presidential bid in its vitriol. Muslims, gays, women, and African-Americans have all been targeted. And now, Jews have joined them.

Ever since I left home, I have seen anti-Semitism bubbling beneath the surface. In Pine Bluff, Arkansas, Jews had to start their own fraternal organizations because they were barred from those already existing. It was there that I first heard the term "Jew down," regarding how to get a lower price during a business negotiation. It was in my next stop, Fort Wayne, Indiana, when I was told by an editor to stop using "New York logic." It was in Des Moines that I gazed in anger and sorrow at a swastika painted on the door of the synagogue my family attended.

Such traditional anti-Semitism had largely vanished, only to be replaced by more insidious variety. Jews weren't attacked; we were ignored. Businesses declined to give Jews the same time-off consideration as gentiles for religious occurrences. Lawsuits proliferated, attacking the Constitutional guarantee of freedom from religion. Support began to rise for government aid to religious schools.

But since 2016, that pot has boiled over. Trump has called neo-Nazis in Charlottesville, Va., "very fine people." Trump-supporter candidates as well as office-holders rail about "global special interests," referring specifically to Fed Chair Janet Yellen, philanthropist George Soros and billionaire Michael Blooomberg -- all Jews. The Anti-Defamation League reports that since Trump took office, the number of reported anti-Jewish incidents has risen 57 percent.

So when an avowed Trump supporter sent a pipe bomb to Soros, among others, and when an avowed Jew hater opened fire on a congregation the morning of October 27, 2018, killing eleven who came to pray, it was only a matter of time.

On October 29, hundreds of mourners from every walk of Des Moines religious background poured in to Tifereth Israel Synagogue to hear minister, priest, imam and rabbi reaffirm America's commitment to one nation under the different deities we pray to, sing "Let There Be Peace on Earth" and pledge "never again." I would like to believe that for every person in and outside the synagogue, there were a dozen more who believe in America as a land welcoming all.

Representative Steve King is proud to have met with Austrian Nazis, and he is expected to win re-election in Iowa's fourth Congressional district. Elsewhere, Americans will vote for politicians who tweet that Jews are trying to buy elections, whose campaign mailers depict a Jewish opponent holding fistfuls of cash, who spout nakedly anti-Semitic, anti-gay, anti-Muslim screeds.

When I was 22, I left New York and moved to America. But what the hell kind of America did I move to?