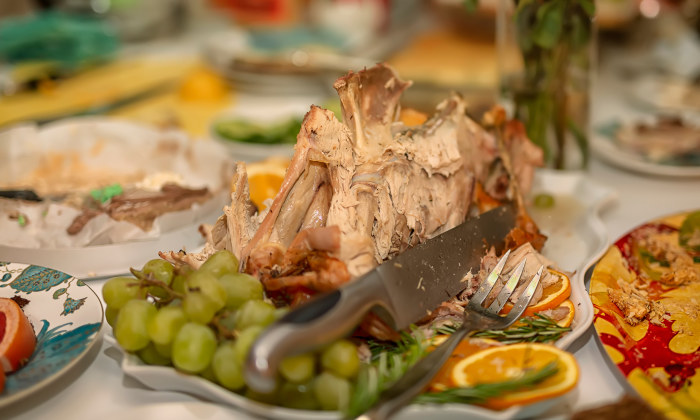 Like the remains of Thanksgiving dinner that will be with us for a while, some random thoughts to digest:

Saw today in The New York Times that Hillary Clinton is warning Europe to tighten its immigration stances on the assumption that the issue just fans the extreme right. This flip-flop should be a first alert that she is once again considering a run for president. Sigh. The new Harold Stassen?

I know it's too late to warn you, but The Times had a long take on what Black Friday deals were worth it and what weren't. I recall this in the earnest hope that if you ventured out on that horrible day, or the evening before, it was worth it. In any case, I hope you didn't do what a coworker did a year ago: waited on line for five-plus hours at Best Buy to snag a 55-inch 4K TV for $170, which he promptly stashed in his basement and has never uncrated. True story.

The man for whom fewer people voted for president than voted for his opponent staged a long, rambling monologue, with occasional questions, at the real White House, otherwise known as Mar-a-Lago. The Washington Post, which seems to be wearing thin with Trump's act, headlined the occasion as "rhetorical bedlam." Really -- when are we going to learn that this definite schmuck is fueled by the coverage he gets, and that the only way to deal with him is to ignore him? Yes, even though he does, God save us, have the nuclear football.

Does anyone eat turkey at other times than Thanksgiving and the three weeks following it?

It shouldn't be this dark at 3:45 in the afternoon.

Can you think of a year where there were two fantastic movies featuring smash soundtracks? A Star Is Born and Bohemian Rhapsody are worth seeing for the music alone. And Rhapsody is worth seeing for Rami Malek's Oscar-worthy portrayal of Queen front-man Freddie Mercury.

And can you recall a year in which we saw two movies that recalled Democratic candidate scandals? Chappaquiddick this past summer has been followed by The Front Runner, recounting Gary Hart's meltdown after he was caught canoodling with a woman who -- wait for it -- was not his wife. Isn't it time for a big-screen remake of The Final Days?

If you want to learn about the real story of America, read Jill Lepore's These Truths.

Going back to work after a four-day weekend is like coming back to the Midwest from a winter vacation in Florida.

And on the saddest of notes, the Varsity movie theater is closing. The first movie Lisa and I saw when we arrived in Des Moines 33 years ago was The Trouble With Harry, at the Varsity. We thought that any city with an eclectic movie theater like this one was worth living in! I only hope the owners of the Fleur Cinema off Fleur Drive can devote some of the money they are making from patrons such as ourselves to take up the Varsity's mantle of showing indie and foreign films. And even better -- are there any folks out there who want to take up the challenge of keeping the screen lit up?