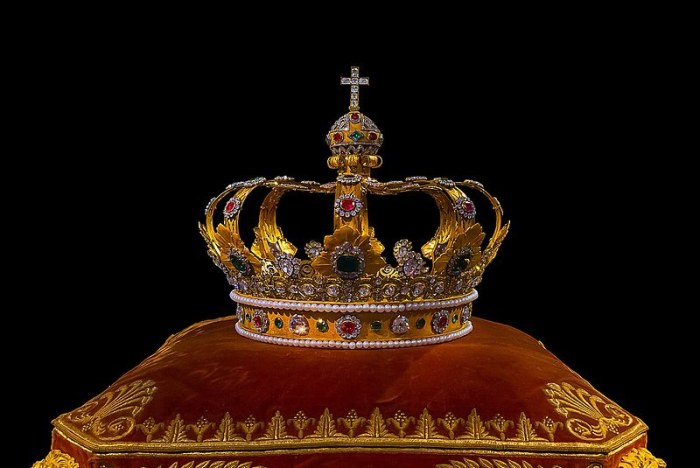 Queen Kamala: Why calling a female candidate "anointed" is sexist

Alexandra Rucinski is a proud Democratic activist in southeast Iowa, a mother, and a feminist writer. -promoted by Laura Belin

There’s an image I vividly remember seeing shared on Facebook in 2016: a drawing of Bernie Sanders cheerfully leading his revolution down a path. On the side, Hillary Clinton is hoisted up on a golden throne with a crown on her head. Her arms are crossed; she’s annoyed they are in the way of what is clearly her coronation, the anointed one.

At the time, I didn’t see the offensive, sexist nature of the image. But times have changed, and I’m a much different woman than I was then.

Lately I’ve been seeing progressive men refer to powerful women, including presidential candidate and U.S. Senator Kamala Harris of California, as a queen, using a tone meant to be degrading.

It’s important to point out what is sexist and misogynistic about calling a female candidate a queen. Although the word sounds positive on the surface, it is anything but. Queen in this context implies a woman did not earn her power or her place. It’s a dog whistle for saying she was given something she did not deserve.

Historically, queens were often born into their roles. They also married into power, which reflects the way women in politics are still defined by the men they have relationships with, instead of on the merit of their own accomplishments.

When a person–usually a man–uses the word “queen” or invokes that image to describe a woman in politics, he is letting it be known that he thinks this woman didn’t deserve her standing. It’s a perfect way to cut down a woman without having the guts to say what he really means. It is cowardly, and it is cruel. It discredits and disrespects the incredible work women in American politics do to represent their states and this county.

Remember that the next time you see a man call a powerful, ambitious woman a queen. Then have the courage, not unlike the real warrior queens in history, to confront this language and call out this repulsive behavior. Women in Iowa deserve better, and American women deserve better than having these tactics used against us.

Have courage and don’t allow people to abuse women in this way, even if you don’t like or agree with that particular female candidate. That is how we begin to combat misogyny. Because more women are running for president than ever before in U.S. history, I feel it’s my responsibility to speak out.