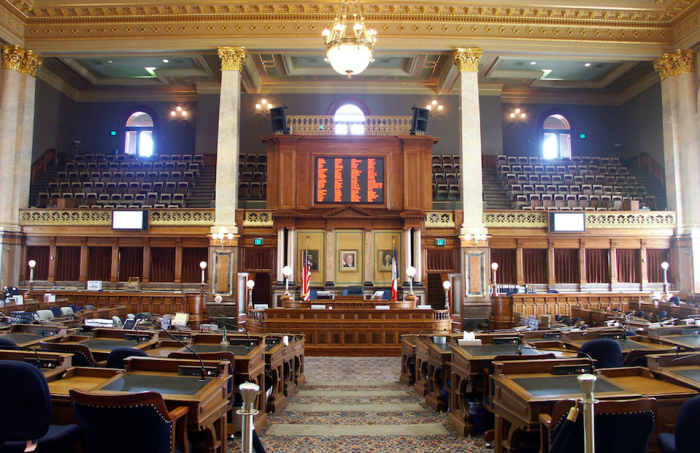 Like last year, Matt Chapman will periodically report on Iowa House and Senate happenings during the 2019 legislative session. -promoted by Laura Belin

An Iowa Senate subcommittee voted 2-1 today to prohibit the Board of Regents from establishing or continuing tenure at the state's post-secondary educational institutions.

Senate File 27, introduced by Republican State Senator Brad Zaun, would prohibit tenure at the University of Iowa, Iowa State, and the University of Northern Iowa. It would also stop community colleges from enacting or continuing tenure.

Zaun said his job was to look out for students and taxpayers. He expressed concern about aides teaching a class where the professor might show up only for the first day.

Zaun introduced the same proposal in 2017. That bill never made it out of a Senate subcommittee. Zaun wasn’t on the Senate Education Committee at that time, but he is now, which may help move his tenure ban to the Senate floor.

The pushback from the Iowa Board of Regents during the January 30 subcommittee hearing was polite but thorough. Sixty percent of state universities' faculty have tenure, and collectively they bring a billion dollars to the state through research grants. If they leave Iowa, those grants go with them. A 2015 law gutting tenure in Wisconsin led to an "exodus" of senior faculty from that state's top university.

Any Iowa law prohibiting tenure would be costly, due to the higher salaries needed to attract experienced educators to compensate.

Zaun and fellow Republican State Senator Jerry Behn voted the tenure ban out of subcommittee, making the bill eligible for debate in the full Senate Education Committee. Democratic State Senator Zach Wahls voted against the bill and warned that having this discussion two sessions in a row could have a chilling effect on attempts to recruit quality educators to Iowa universities.

Democratic State Senator Herman Quirmbach has been tenured for 28 years and taught some 10,000 students at Iowa State University. Speaking at the January 30 subcommittee meeting, he noted that after similar legislation passed in 1943, three educators left the state and received a Nobel prize while tenured at other universities. Quirmbach also pointed out that losing grant funding through removing tenure would endanger Iowa’s stature from having two of the country's best research universities.

The lobbyist declarations show no one registered in favor of banning tenure. Representatives of the Board of Regents, the Iowa State Education Association, and AFSCME Iowa Council 61 are registered against the bill.

These aren’t the first controversial education bills from Zaun, a libertarian leaning Republican. Last year, he introduced a bill to eliminate the state's Department of Education. That legislation cleared a subcommittee but was never brought up for a full committee vote.