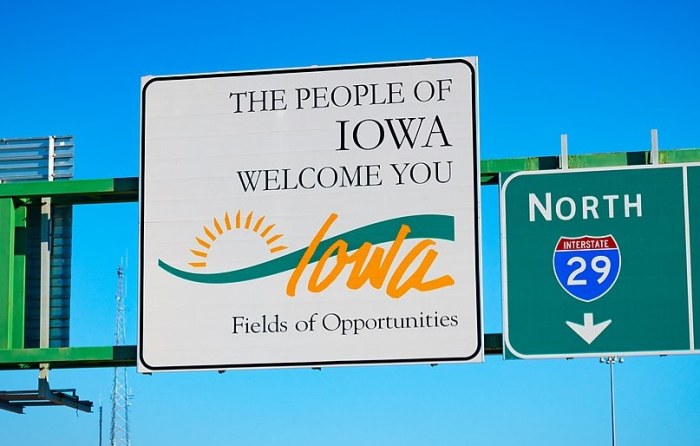 When being fair isn't an Iowa value

Bruce Lear: Lately, I am struck with how Iowa values are eroding before our eyes. -promoted by Laura Belin

Three college guys decided to head to my hometown of Shellsburg, Iowa for a weekend. We threw three bags of dirty laundry in the trunk for my unsuspecting Mom, and we left Pella in Carl’s very used Toyota. In 1977, Toyotas in Iowa were about as rare as a Democrat in Pella. There were some, but they were hard to spot.

Things went fine, until it died. It was not a prolonged death with symptoms. It was sudden. We were three guys with a dead car on a county road outside of Kellogg, Iowa. We knew a lot. After all, we were sophomores in college. Unfortunately, our sophomore smarts didn’t extend to fixing dead Toyotas.

We heard it before we could see it. A tractor putting up the hill. We didn’t flag him down. He stopped. He asked us what the problem was, and we summoned our best mechanical diagnosis. “It won’t go.”

Without another word, he hooked us up with a chain and towed us to what we thought would be a small service station. We expected a gas station. We got a home. Without much talk he started to do mechanical magic. We stood back in awe.

Later, his wife came out and invited us in. It was the 1970s. All three of us had long hair, and two had full beards. We were shaggy strangers. She made us supper while her husband worked on our car.

At one point we started whispering among ourselves about how we were going to pay. We had $4.32 between the three of us, and even mechanical morons like us knew a dead Toyota cost more than $4.32 to revive.

Just as we finished taking financial inventory, the farmer came in and said your “Toyuta” is fixed. He didn’t know how to pronounce it, but he knew how to fix it. He took no money. They said it was fair since this is how they would want their kids treated if they were stranded.

I had an Iowa value reinforced that day. Growing up in a small town, I knew people would help, but those people were friends who knew me and my family. The farmer and his wife just knew there were three scruffy looking guys who needed help. That’s an Iowa value.

But lately, I am struck with how Iowa values are eroding before our eyes. What was once judged as fair isn’t fair any more. What once was judged as right isn’t good enough. What once was non-partisan is now part of the partisan battleground.

One of the prime examples of the erosion of Iowa values is what is happening in House district 55. In this district, Kayla Koether has nine fewer counted votes than Michael Bergan. There were 29 ballots mailed before election day, and the Iowa House is the body that determines if these ballots–mailed by the legal deadline–count.

An Iowa value, actually an American value, is that every legal vote should count. Knowingly disenfranchising these voters is a clear erosion of that principle. This is not about one House race or reversing a nine-vote deficit. This is about the integrity of every vote counts. This outcome is partisan and petty and beneath Iowa values.

Another example of the erosion of values is the plan by Republican leadership in Iowa to change the Supreme Court nominating procedure. Currently, the governor appoints his or her choices to the State Judicial Nominating Commission. An equal number of lawyers are elected by attorneys from each Congressional district. The commission reviews applications and submits three names to the governor, who appoints the justice.

This is not broken. In fact, it is the envy of other states because it buffers the process from partisan politics. It’s fair. It’s balanced. It’s under attack.

Apparently, the Republican leadership in the Iowa legislature and their base are not happy with some of the verdicts recently handed down, and so for them it’s time to do a wholesale change to alter the court in their own political image.

Fairness and balance have always been Iowa values. This process is both. The governor chooses who s/he wants deciding. There is no political party preference for the lawyers, and the governor gets the final decision even after the nominating process is over.

The Republicans need to be careful what they wish for. While it may seem like they will always be in control, they may wish the Judicial Commission was alive and well if a liberal Democrat moves into Terrace Hill someday.

If the judicial nominating process needs to be made more political, keep a careful eye on redistricting. Again, Iowa is the model for a non-partisan method. That’s why gerrymandering happens in other states but not in Iowa. If the leadership is successful in pushing a change for judges, redistricting won’t be far behind.

Another example of Iowa values being eroded was the threat by the governor and GOP lawmakers to change Iowa’s largest public sector retirement system (IPERS) during the last session. At one point a committee to make recommendations was even formed. Make no mistake, it was a threat that still looms.

During the last election, the governor refused to take changes off the table. “The Road to Damascus conversion” occurred only when Republicans saw the light of self-preservation from the public sector workers and retirees who remain a powerful voting bloc.

Preserving the covenant between public sector retirees and current public sector workers is an Iowa value that should not be broken.

Perhaps a smaller attack on our values, but still important, happened recently when the Chief Clerk of the Iowa House denied press credentials to Laura Belin, the professional political writer for Bleeding Heartland, even though similar reporters for online news sources had been credentialed in the past.

Finally, the biggest assault on Iowa values took place in 2017 when the Republican-controlled legislature and governor gutted a public sector bargaining law that had been in place for more than 40 years and was fair. That law provided a balance between management and workers.

In just a few weeks, with no input, a law that had been a compromise to prevent strikes was gone. In its place is “bargaining lite,” a law that tips the scale so dramatically toward management that teachers are leaving Iowa in droves.

So, how do we regain Iowa values? First, we elect leaders who spend more time listening to Iowans around the kitchen tables rather than out of state lobbyists in board rooms.

We need to take off our partisan hats and remember we are Iowans first. These values are not Republican or Democrat. These values are as precious as our children and our land. We can compromise tactics, but never principle and that should be the litmus test for every leader in this state.