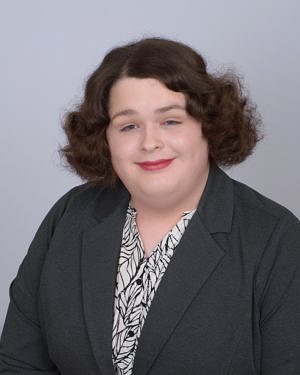 With modern American politics being what they are, is it any wonder most everyone is disenchanted with our elected officials and government? In recent years, our government has exhibited extreme incompetence, a level of insolence that is unacceptable from the federal government.

That is why, despite my young age of eighteen, I plan to run for city council this November in Davenport, the city I was born and raised in. The city I love with all my heart.

Given my age, am I the most qualified to run for office? Why would I even want to, considering the vicious game of partisanship? Well, I would propose the idea to you that our elected officials don’t need fancy degrees or some extreme circumstances that make them ‘qualified’, instead they should have a deep seeded concern for the welfare of their friends and neighbors, and for the future of our society.

In my short time alive, compared to others, I have observed and studied a disturbing trend enveloping modern America: politics has become a show. Our leaders are nothing more than smiling bureaucrats in a suit that can, quite adeptly, lie through their teeth with ease, and have little care for their constituents. They crave power, influence, relevancy, money. Little more.

Now, is every politician like this? Certainly not. I’ve seen good hearted souls with a true desire to create positive change. Yet, in a world plagued by self interest and greed, good men and women don’t often get very far.

Don’t let my cynical tone dissuade you, though. I believe that all these issues can be resolved. But the way we address this must change. We, especially my generation, expect that screaming into the void will achieve something. My generation can conduct walk outs, protests, internet campaigns, and the like, but these things don’t change anything in a substantial enough way. There’s still gun violence. There’s still war. There’s still hate crimes. And there’s still corruption.

We must change our approach when fighting for change. This trend of radical politics and malignant partisanship is eating our society alive. The younger generations demand change in such a radical way and in such an amount that it can’t actually be achieved, at least not practically. Cooperation is an art form lost; Thoughtful discussion and common sense are ideals now childish folly. This arrogance on our part scares me. We’re so focused with party politics, siding with ‘the correct side’ that we refuse to work together. A house divided against itself, cannot stand.

Never in American history since the Civil War have we seen such a division, and it grows more with each day. We owe it to ourselves, our mothers, our fathers, our siblings and friends, to work together to build a better system. A better America. Because America is not great. Not right now, and not for a long time. But it can be. We just have to try. We have to want change. It cannot be forced.

I stated before that I’m running for city council. I am doing so with three goals:

1: Our public school system is failing. We need to address the unacceptable, crushing debt that threatens to collapse our schools.

I don’t subscribe to Democrats or Republicans, exclusively, because I believe that solving these issues should not be dictated by party affiliation.

That is why, despite my age and relative inexperience, I am running for office. Because I am not content to sit idly by and do nothing when I see corruption and ignorance run rampant. Davenport, my hometown, as well as the nation can thrive, if only we put country before party. As Eleanor Roosevelt once said, “It is not fair to ask of others what you are not willing to do yourself.”