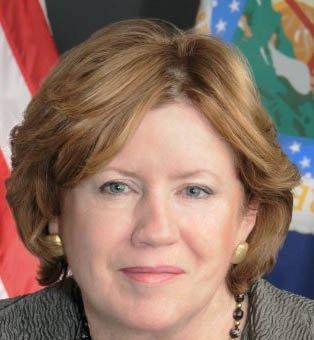 Remember: An army marches on its stomach

Much is frightfully wrong in rural America, and 80 percent of Iowa’s counties are right in the thick of it. An unsold crop awaits sale. Sales await the repair of President Donald Trump’s broken trade agreements. Bankers await payments. The flood compounds the troubles.

These troubles affect our economy, consumer food prices, and contribute to the kind of international unrest that is driven by hunger and too often results in military action.

The upcoming Heartland Rural Forum scheduled for March 30 in Storm Lake offers Iowans the chance to kick off a national debate about what could be done to support our fragile family farm economy and our nation’s agricultural sector. Five Democratic presidential candidates (maybe more?) will attend, and there is much for them to talk about.

Bankruptcies are up. More farms are either up for sale or rent. The heartland’s heart is breaking, again! Like me, many remember the 1980s farm crisis. In 1981 I left the family farm where I was an owner/co-manager of our 1000-acre farm. By the end of the crisis, about two-thirds of my social circle had lost their farms and agribusinesses.

I really can’t remember a spring season like this one, when almost all last year’s crop remains in bins, on the ground, in elevators or in filled-up box cars. I’m from Cass County, but last fall, I spent the last couple of weeks of October in Audubon, Shelby and Story Counties working for J.D. Scholten. Then, it was a good crop and bins were over-flowing.
Now the grain is still there and it’s Spring. Spring is supposed to be a time for optimism, but this year, not so much.

Remembering when I was a farm owner/manager, USDA’s instructions essentially were to “Get bigger or get out.”

So, we got bigger. We took on more land. We stopped farming sustainably, moved to no-till, and used chemicals just like USDA directed. We adjusted our livestock mix, first increasing our egg business from about 500 to 1,800 laying hens. Then we stopped … because prices had dropped drastically. We turned the chicken house into a farrowing house – finishing about 600 head a year. We built up our cow/calf herd, buying more feeders to finish. Then we stopped … because prices dropped.

It doesn’t matter whom you blame – Safeway or another big grocery chain, Montfort’s cattle, ConAgra, Smithfield – now owned by China’s Shuanghei Group or grain entities like ADM, Cargill or Bunge North America whose parent is based in Bermuda. The fact remains that the profit is taken out up the line. It is called vertical integration. It means the risk, the work, and even the pollution stay with farmers who own the investments but have little control.

“Bigger” didn’t work then, and it won’t work now. Those prices didn’t just drop. Vertical integration of agriculture has snatched the profit away from the farm level. I left the farm in 1981 but somehow, agriculture–the love of the land–never left me, so in the 1990s, I was back into agriculture, serving as a senior appointee at the USDA in President Bill Clinton’s Administration (and again with Obama).

During Clinton’s second term, hog prices crashed, tumbling down from $50-$60 to $10 or $15. Almost overnight, Iowa’s hog business flipped from about 80 percent family farm/20 percent corporate to 20 percent family farm/80 percent corporate. Secretary of Agriculture Dan Glickman asked us, “What can we do?” as he directed us to pull out all the stops. But there were no stops. The new Farm Bill “Freedom to Farm” had just passed and with it, the federal authorities for shoring up prices were gone forever. A better name for that Bill would have been “Freedom to Fail.”

Whether today’s broken trade agreement crisis, the 1980s farm crisis, or any of the others, what matters is that there have been too many crises. Each brings pain–at the bank and for the land and people I love. Art Cullen wrote the bigger picture of this story in his book Storm Lake. His story is my story. Austin Frerick, author of the recent article “To Revive Rural America, We Must Fix Our Broken Food System,” is one of the few who propose serious solutions. Both Cullen and Frerick will be at the Rural Forum.

What’s good is that Democrats have begun to wake up. In 2016, they shrunk themselves into an urban party, but now, finally, five Democratic presidential candidates (Julian Castro, John Delaney, Tulsi Gabbard, Amy Klobuchar, and Elizabeth Warren, along with potential candidate Tim Ryan) are ready to discuss solutions in Storm Lake on Saturday, March 30. I’ll be there, too.

My question to you, Dear Reader, is, “Will I see you there?” If you care about our rural economy … if you want a healthy, reliable, affordable food supply at your local grocery… if you believe that what Napoleon said is true – “An army marches on its stomach,” you really must come.

Barbara M. Leach, president of My Rural America Action Fund, is a former Iowa farm owner/manager who served as Vice Chair of the Iowa Democratic Party and as a member the Democratic National Committee’s Executive Committee for most of the 1980s. An Iowa voter, she was appointed to senior positions (U.S. Department of Agriculture and U.S. Department of Transportation) in the administrations of Presidents Bill Clinton and Barack Obama. She’s on Twitter @BarbaraLeach19 and can be reached by e-mail at Barbara.Leach@gmail.com.