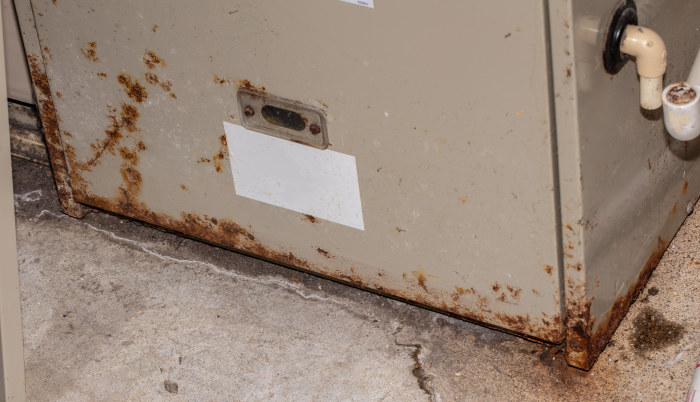 UPDATE: This bill did not advance, but Republicans put comparable language into the “standings” budget bill, Senate File 638 (see Division IX on pages 16 and 17). Governor Kim Reynolds can and should item veto this section.

Energy-efficiency programs that benefit low-income Iowans would be cut under a bill Republicans advanced today from an Iowa Senate subcommittee.

Senate Study Bill 1256 would compound the harm done by Senate File 2311, which Republicans enacted in 2018 over objections from many stakeholders. Whereas last year’s bill reduced utility companies’ required spending on energy efficiency programs with a 25-year track record, the new bill would limit allowable spending on such programs.

Normally, energy bills move through the Iowa House or Senate Commerce committees, and it would be too late to introduce new bills at this stage of the legislative session. However, the Appropriations and Ways and Means committees are not subject to “funnel” deadlines, so Republican State Senator Randy Feenstra was able to introduce the bill on April 11 in his capacity as Ways and Means chair.

Senate Study Bill 1256 appears to be the handiwork of Senate Commerce Committee chair Jake Chapman, who was assigned to chair a subcommittee that met on April 17. No one spoke in favor of the bill at that meeting, and at this writing no entities are lobbying for its passage. (In contrast, several utility companies or industry groups backed Senate File 2311 last year.)

Opponents of the new bill include environmental organizations and advocacy groups representing Iowans in need. At the subcommittee meeting, several people urged lawmakers to reject the bill. But Republicans Chapman and Senator Jason Schultz voted to move it to the full Ways and Means Committee. Democratic Senator Eric Giddens voted no. (His day job is energy program manager at the University of Northern Iowa’s Center for Energy & Environmental Education.)

Last year’s passage of SF 2311 has hit energy efficiency businesses hard with millions of dollars in salaries in the efficiency industry leaving the state and this is just the beginning. Alliant and MidAmerican’s updated plans were approved earlier this Spring so we are not even seeing the full impact yet. And, as predicted, Alliant has already come forward with a proposed rate increase. It is a terrible time to target Alliant Energy customers by making more cuts to the budgets for energy- and money-saving rebates and a terrible time to further target the HVAC, electrical, and energy efficiency businesses that are already bleeding jobs from SF 2311.

This bill also has a disproportionate impact on low-income people. It cuts low-income weatherization by another 8 percent compared to Alliant’s IUB [Iowa Utilities Board]-approved plan which already slashed the program by more than 30 percent. The exact impact on other efficiency programs is difficult to calculate precisely, but we do know that once the utilities have reached their spending caps for the year, customers seeking rebates must be turned away under this bill.

This could mean more than some projects left on the shelf for another year. It could mean that when the weather turns cold in November and December and old furnaces break down, the rebates will be gone. People who can afford it the least will pay full price for a new furnace while someone with the luxury to replace their furnace early will get the rebate. It could mean ten months of work for energy efficiency businesses instead of twelve – an unsustainable business model. SF 2311 did severe damage to a whole industry in Iowa as well as utility customers. Now is not the time to amplify those impacts with more bad legislation.

Josh Mandelbaum, staff attorney for the Environmental Law & Policy Center, had this to say about the legislation.

The proposed bill makes bad policy enacted in SF 2311 last session worse. The bill would remove the utilities’ ability to design programs to allow them to exceed the caps. For example, the utility currently has the discretion to design a program that could serve customers whose furnace fails in November and December when program caps have been reached. This bill prohibits that.

The bill also requires inclusion of the Iowa Energy Center and Center for Global and Environmental Research assessments be included under the caps as that funding transitions out. The immediate practical effect of the bill would be to remove $900,000 [in] funding for low-income natural gas programs from Alliant customers at a time when they are facing a significant rate increase from Alliant.

As we have seen, SF 2311 had the intended impact of dramatically reducing energy efficiency programs in the state. This bill doesn’t provide a dramatic change from SF 2311, rather it is simply cruel in further cutting low-income program funding and punishing customers who may not be able to time when they need to use energy efficiency programs because a furnace stops working or other equipment failure.

Bleeding Heartland will continue to track the progress of this misguided legislation. If it gets through the Iowa Senate, it may be stopped in the House. Republican leaders struggled to find 52 votes for last year’s major energy bill in the lower chamber, and the GOP majority was 59-41 at that time, compared to 54-46 now. In recent weeks, a group of House Republicans have refused to support a utility-backed proposal that would undermine consumers and Iowa’s solar industry.