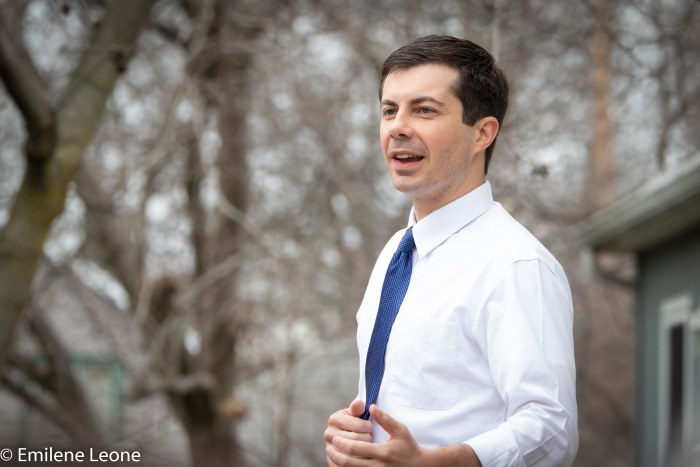 Why I'm switching from Elizabeth Warren to Pete Buttigieg

It is early, perhaps far too early for someone to talk about changing their caucus vote from one candidate to another. It is arguably anyone’s race at this stage, but I feel it is critical (especially in Iowa) to give Pete Buttigieg my support early on.

I really do like Elizabeth Warren, in both policy and style. If she ends up being the nominee come November of 2020, I will gladly cast my ballot for her as I would any Democrat.

That being said, I think Pete is what America needs.

Policy is extremely important, and I don’t want to downplay the role it should play in your decision-making process on who should receive your vote. That being said, man does not live on bread alone, and the moral, cermonial role of leadership that comes with the presidency is of equal importance.

What made Lincoln great wasn’t his policy positions, but his character as a leader in a life or death situation for our very country. The challenges and divisions we face currently, while not as calamitous as the Civil War, are truly great. We need someone who can courageously face our nation’s problems and come to a calm, principled, decisive answer.

Pete is that person. I could go on and on about his credentials (Afghan vet, Rhodes scholar, Harvard grad, polyglot), or the representation he would provide for underrepresented people in our government as a gay, recently married millennial. I think all of those things are valid and warrant discussion. That being said, I want to focus on the vision of America he represents.

There is a current in America’s sociopolitical culture that subscribes to a patriotism of exclusion and hatred. A patriotism that believes America’s golden era is behind her, and that an amorphous other (Mexicans, refugees, trans people, Muslims) was responsible for ending this imagined golden era. They believe that if you simply rid the country of this other, the magical golden era will return. It is a patriotism of nostalgia and the past.

Pete represents a new patriotism, a patriotism of the future. A patriotism that gains its strength by uniting trans people, black people, white people, gay people, poor people, immigrants, Muslims, Christians, and atheists under the banner of America. An America that is based on our highest ideals instead of bigoted appeals to blood and soil.

I believe Pete can be our Lincoln in this time of strife. He will have my support in the Iowa caucus, and, with any luck, the general.

Photo by Emilene Leone of Pete Buttigieg in Marshalltown on April 17, 2019, published with permission.