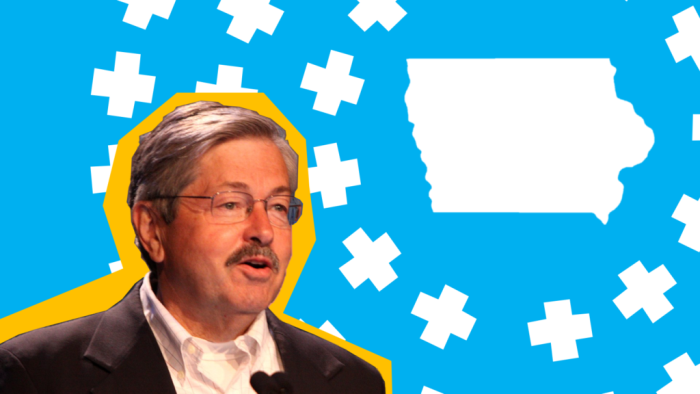 Iowa Privatized Medicaid: It Has Been A Disaster. Here’s Why.

By Simon Davis-Cohen for Tarbell.org

This is a reprint from Tarbell.org, a news website pioneering journalism that reveals who runs America and empowers readers with solutions. Read this on Tarbell.org.

If you have any feedback on this piece, please contact Tarbell’s engagement editor, Danielle Keeton-Olsen, at danielle@tarbell.org.

In 2016, Iowa privatized Medicaid under then-Governor Terry Branstad. He was a founding member of the American Legislative Exchange Council (ALEC). “Obamacare” is often attacked by the David and Charles Koch-backed group that opposes government action in health care or the economy.

Branstad claimed outsourcing Medicaid would save the state and taxpayers money. However, Iowa has not been able to provide any data that shows privatization saved the state money. In fact, privatization is now costing Iowa money. (Branstad resigned the governorship in 2017 to become the U.S. Ambassador to China.)

“In private insurance, denial is the rule, not the exception,” says Glenn Hurst, a doctor who runs a rural health clinic in Western Iowa. Hurst is referring to the tendency of private health insurers to challenge most bills they receive. Tarbell found reports from across Iowa indicate legitimate Medicaid claims are being regularly denied by private insurance companies — wreaking havoc since Medicaid was handed to private managed care organizations (MCOs) in 2016. A few years into privatization, delayed and denied reimbursements to Medicaid providers are hurting Iowans, doctors say.

Most medical claims are challenged, Hurst told Tarbell. “When I look at the problems of the privatization of Medicaid, that’s a pretty high-class problem.” This means its up to doctors, hospitals, nursing homes and anyone who provides care to Iowa’s over 610,000 Medicaid patients to prove their care is worthy of being reimbursed. It is also on them to bug and hassle private health insurance companies for payment.

The challenges of getting paid for care have resulted in millions of dollars in lost revenue for Iowa’s rural critical access hospitals — which treat the poor — and nursing homes.

Hurst says the private companies will even challenge his professional opinions—something he says the previous, state-run Medicaid program rarely did. “I was not asked to jump through hoops to justify a medical decision,” he says. “It was just about what Medicaid covered and what it didn’t.” Hurst’s experience is not unique; reports of MCOs questioning medical decisions—even for the amount of help a paralyzed man needs—have drawn scorn.

Shortly after the 2016 privatization, reports of unexplained reductions in benefits began to pour in across Iowa. Disabled patients who require intensive care reported less access to care and less medical help. Soon, over 200 of these disabled patients sued one of the private insurers. (The suit was dropped after that company closed up shop and left the state.)

Critics say the MCOs have tried to cut costs by cutting services. “People need to know what they’re doing to Medicaid patients,” says Medicaid recipient Denise Boots, who suffers from hereditary spastic paraplegia, a neurological degenerative disease that impacts her ability to use her legs. Boots told Tarbell she was kicked off Medicaid for one month after her MCO demanded she produce documentation for what turned out to be a $116.25 cash value life insurance policy. Once she was able to track down the document, she got her Medicaid back, but she had to pay out of pocket for the month she missed. She’s since been in a protracted appeal process to get reimbursed for the lost month.

The MCO practice of delaying and denying Medicaid payments means hospitals and nursing homes are getting paid less. This hurts their finances and puts them at heightened risk of having to cut services, reduce staff, consolidate, or even close. When publicly owned, facilities become susceptible to privatization and outsourcing. Some nursing homes and mental health facilities are having to borrow money to fill the reimbursement gap, and some hospitals are outsourcing services like mental health and home care. All of this contributes to increased consolidation of the health-care industry. By the end of 2017, at least three Iowa nursing homes had gone out of business.

In 2018, Black Hawk County in Northeast Iowa announced that MCOs owed its county-owned nursing home over $500,000 in Medicaid reimbursements. Soon, the county decided it could not sustain the losses and, in October 2018, the county board of supervisors voted 4-1 to sell the facility—owned by the county government for over 100 years—to Pritok Capital, a national private nursing home company.

The impacts of such privatizations are multifold. There is a loss of democratic control, a profit motive is created, and the previous public employees lose their government jobs. The contract between Pritok and Black Hawk reportedly does not require the private company to keep the existing county staff or “meet minimum wage or benefit levels for workers.”

Other impacts of privatization are personal. Boots said she has noticed some changes in the home care she receives since her local, county-run hospital decided to outsource its home care service to a private company in early 2018. She says there’s been more turnover in the nurses, and their scheduling is less consistent, making it difficult for her to plan her day’s activities. She speculates this may be in part because the company’s nearest office serves eight counties—compared to the previous Adair County Home Care, which only serviced Adair. (The public Adair County Home Health service sold its building shortly after its services were outsourced in 2018.)

However, Damiano says it’s hard to attribute the trend to one cause, like delayed and reduced Medicaid reimbursements.

According to the Iowa Hospital Association, Iowa has 42 county-run hospitals and 15 run by city governments. When these public facilities encounter hard times, the local government gets stuck with the bill—like what happened to Black Hawk. When it’s not clear how much MCOs will reimburse future Medicaid services, local governments must choose whether to take the risk of continuing services, or not.

The reform cut taxes on commercial and industrial property and apartment complexes—a blow to local governments whose budgets rely on these property taxes and on the government’s ability to tax different types of property at different rates. This tax cut, combined with the fact that the state also caps local government taxes, raised concerns that the reform would translate directly into public budget cuts for localities—since they had few options for raising new taxes to fill the gap created by the cuts. To calm these fears, Republicans promised the state would make up for local budget cuts via $152 million in direct grants to local governments.

This put a bandaid on the issue, but even so, the state grants—calculated using old data—have not fully supplanted the tax cuts, says Peter Fischer, research director for the Iowa Policy Project. And, in 2018, amid fears of a state budget shortfall, legislators suggested they might go back on the promise and rescind the grants. This year, local governments are lobbying the legislature to protect their budgets and to “do no more harm to local government.”

“Localities are feeling the pinch, finding it harder to finance local government,” says Fischer. Currently, 94 of the 99 counties and 800 of 943 cities in Iowa have raised taxes to maximum rates allowed by the state.

A microcosm of all these dynamics is being debated in this 2019 Iowa state legislative session, as reforms to expand mental health services for children could saddle unfunded mandates on local governments.

Further, a bill to create a mental health system specially for children and another to improve mental health in the state passed, but both failed to address the central issue of how they would be funded. Meanwhile, a bill to reduce the frequency of department of human services analyses of Medicaid member appeals (how many have been dismissed, withdrawn, or overturned) from twice per year to once has passed the House and Senate.

What you can do: How to address Medicaid privatization

Simon Davis-Cohen is a writer and filmmaker. He also edits Ear to the Ground, a newsletter that tracks new state legislation from across the nation and which compiles under-reported stories from local news outlets and other sources. He can be reached by email (s.davis.cohen@protonmail.com) and Twitter @SimonDavisCohen.