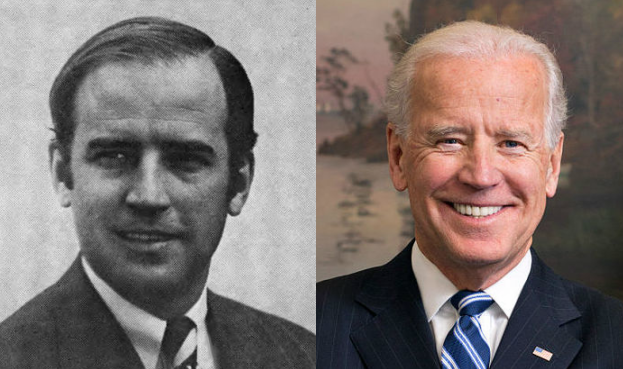 Bruce Lear challenges Joe Biden’s critics on the left: “For me, Biden’s record shows he understood tactics could be compromised as long as core principles remained untouched.” -promoted by Laura Belin

When I bargained educator contracts and became exasperated, I often resorted to the tried and true, “COME ON.” Until now, I really haven’t felt a need to use it.

So here goes: COME ON, progressives. Do you really think the way to separate yourselves from Vice President Joe Biden is to criticize him for getting stuff done in the 1970s by working with some pretty despicable, but elected senators? COME ON.

I haven’t committed totally to Biden. I’m like most Iowans. I haven’t kicked the tires quite enough, and had all the candidates in my metaphorical kitchen. I have committed to support the eventual Democratic nominee with all my energy.

I know I am preaching to my friends, and that makes this uncomfortable. I am a progressive, but I am pragmatic enough to know any presidential candidate who has any kind of record will be a target for criticism. No candidate is pure.

I also have been around politics enough to understand that the front-runner has the biggest target on his or her back, because each candidate has to establish his/her lane to the nomination.

In addition, I know that primaries are the place to do the hard vetting, because in the general election, it won’t be friendly fire, and with the Trump team, it will evolve into name calling and lie telling like it did during the last general election.

All that being said: COME ON. I thought one of the major goals was to return civility to the body politic so it wasn’t rotting from this disease called Trumpism. You can’t applaud civility and then refuse to work with those you disagree with. Could Biden have been more artful in his comments? Yes, his remark about the segregationist senators calling him “Son,” instead of “Boy” troubled me greatly.

When I was bargaining educator contracts, I learned a hard lesson. One of the most dangerous things in bargaining is letting your base demonize the other side. It’s fun. It’s great bar talk, but eventually as a negotiator or as a leader, you’ll have to compromise with the devil or just walk away. That’s frankly why Trump is the worst deal-maker I’ve ever seen. He allows his base to define his opponents, and that means never reaching a deal.

Allow an old history teacher to wallow for a minute. In the 1960s and well into the 1970s, the United States Senate was mostly run by Southern Democrats who were elected easily for decades because they were segregationists. They had seniority.

They were mean, and they were petty, and they were racist to the core, but they were in charge. If you wanted to get on a committee that mattered to your state, you had to pretend to kiss their rings and then do everything you could to work against their policies.

When Biden said he worked with segregationists, he did not say he adored them. He abhorred them. I think Biden was illustrating that if he could work with this bunch, he could work with the current crop of Republicans. He wasn’t describing the ideal form of government. He was describing the reality of being a young United States senator and trying to get things done for his state.

For me, Biden’s record shows he understood tactics could be compromised as long as core principles remained untouched. His record shows he has been a champion for affirmative action and for the reauthorization of the 1964 Civil Rights Act.

I think some progressives have misjudged the overall mood of the voting public. While activists on Twitter and Facebook are angry, I’m not sure that’s where the majority of middle America is. I think most people are weary of the constant drama of government by threats and taunts. Trump is tiring America out.

Perhaps Trump’s pejorative label for Biden (“Sleepy Joe”) really isn’t that insulting, if “sleepy” is defined as grown up and stable. I am talking about a president who will move America forward with some degree of planning and predictability. I think people are sick of a president who lights a fire and then pretends to put it out over and over again, so he can brag about being the best firefighter ever.

The one caveat for Biden–or for any candidate, for that matter–is it’s hard to be about the future if you dwell in the past too long. A true leader uses what they have learned from history to inform the future.

Frankly, I’m not sure the average voter is ready for radical change as much as they simply crave some normality from the White House and some ability to work together to solve some of the serious problems facing this country. That’s what Joe Biden offers.

Editor’s note: Bleeding Heartland welcomes guest posts related to the Iowa caucuses, including but not limited to commentaries advocating for or against presidential candidates. Please read these guidelines and contact Laura Belin if you are interested in writing.

Top image: Official portraits of Joe Biden as U.S. senator in 1975 and vice president in 2013.