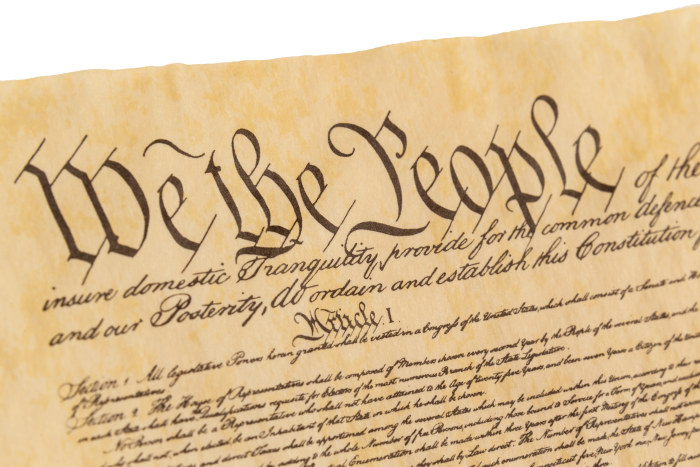 Ira Lacher reflects on the impact of federalism. -promoted by Laura Belin

On the eve of Independence Day, let us take a moment to consider that, like knowledge, too much independence is a dangerous thing.

When the founders declared America’s independence from Britain, they envisioned a nation composed of 13 semiautonomous states, which would maintain a delicate balance with a central government. That Rube Goldberg gadget empowered states to declare which human beings were human beings and which were property.

And today America is a spit-and-baling-wire thingamajig of fifty-plus sets of laws governing not only how fast you can drive and what license tag attaches to your car but also how much taxes you pay, at what age you can consume alcohol, with whom you can be intimate, which bathroom you can use, how and whether you can vote, and whether you have control over your own body.

When Joe Biden opined during last Thursday’s Democratic debate that he was in favor of local decision-making as it related to busing to overcome racial imbalance in schools, many people cringed. Sen. Kamala Harris responded forcefully: “That’s why we have the Voting Rights Act and the Civil Rights Act. Because there are moments in history where states fail to preserve the civil rights of all people.”

That’s America. And that needs to end.

Fourteen years ago, a Brookings Institution policy brief stated: “For all the hype about the country’s ‘culture wars,’ the fact is that socially and culturally, the contemporary United States has become a remarkably integrated society …”

But that’s illusionary — especially as it pertains to what we used to call “integration.” It wasn’t long ago that some states kept blacks from voting by means of a “poll tax” — now they are doing it by demanding to see difficult-to-obtain ID cards. Some states also have clamped down on women’s reproductive rights, prevented reasonable gun safety, ensured unequal education, denied workplace protection, and as affirmed by the latest Supreme Court decision, perpetuated voting districts stacked in favor of one political party or another.

More factual about the state of federalism is an analysis written during the height of the Great Recesssion by Harold Myerson in The American Prospect: “By the standards of nearly every other major nation . . . and increasingly by the standard of common sense, the United States retains a system of government that frequently subverts its own policies and enables federal and state governments to negate each other’s endeavors. Federalism has its points, but in a growing number of ways, and especially during a recession, it makes no damn sense at all.”

The Tenth Amendment expressly cedes to the states all powers “not delegated to the United States by the Constitution.” Article I, Section 8 of the Constitution grants 27 powers to the federal government, the most notable being coining money, regulating interstate commerce, declaring war, raising and maintaining armed forces, and establishing a Post Office.

But those powers don’t include ensuring that every American has the rights and privileges of every other American. That takes years of expensive lawsuits, with unpredictable results.

This Fourth of July, keep in mind that the fireworks you set off in your backyard may be illegal for your brother’s family a few miles down the road. And that’s the least of it. Happy Independence Day.