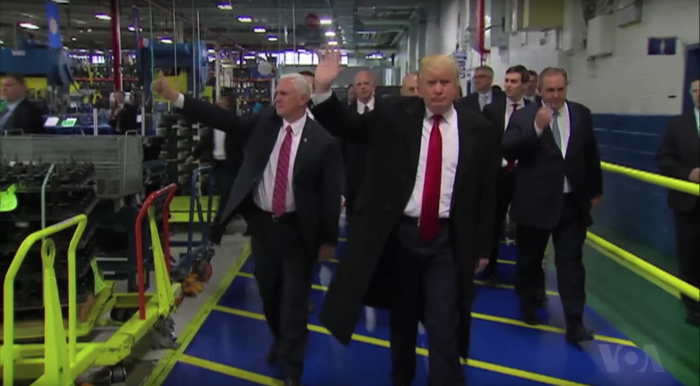 In this essay adapted from his book No Longer Newsworthy: How the Mainstream Media Abandoned the Working Class, Christopher Martin notes that “the whole of the working class is hardly ever presented or imagined by the U.S. news media,” and that Donald Trump benefits from how the media typically cover labor issues. -promoted by Laura Belin

Three weeks after his surprising victory on election day, November 8, 2016, Donald Trump had what might be known one day as the best day of his presidency. And with his swearing-in ceremony still weeks away, he wasn’t officially even president yet.

On November 29, Trump confidently tweeted hints of a dramatic conclusion to reports that he had been in discussion with executives at Carrier Corporation in Indiana to save hundreds of jobs that were scheduled to be exported to a new assembly facility in Mexico: “I will be going to Indiana on Thursday to make a major announcement concerning Carrier A.C. staying in Indianapolis. Great deal for workers!”

That Thursday, December 1, Trump arrived in Indianapolis. The video, which was frequently replayed in TV news stories, shows him among more than twenty men in suits, striding triumphantly through the Carrier furnace assembly floor with his black overcoat and too-long red tie. Trump took the platform in front of a white backdrop dotted with oval blue Carrier logos and announced he was saving a lot of jobs: “Actually the number’s over 1,100 people, which is so great, which is so great.”

Although Trump has been quick to blast the mainstream news media as “fake news” whenever it does not serve his interests, he has greatly benefited from two problematic ways in which the news has recently and historically framed its coverage of the working class. First, the news media usually look at the working class only through the lens of a political news story, not through the lens of a labor or workplace story. Second, the news media typically consider the “working class” not in its entirety, but just in the stereotypical white male form, which nicely serves the purposes of divisive politicians who seek to exploit this image and divide working-class people on every other dimension: race, gender, sexual orientation, disability, and citizenship.

Most of the country’s national news media easily slid into “working-class” narrative for the Carrier story. These were the people who elected Trump, we were told, and Trump returned the favor by saving their jobs. President-elect Trump had come to Indiana, saved some Carrier jobs (good, but not as great as he sold it), and was gone. Most of the national news media quickly exited, too, as political topics turned to repealing the Affordable Care Act, tax “reform” with enormous breaks to the wealthy, and Trump’s quixotic vision of building a “great, great wall on our southern border.” (Commendably, some news organizations did stick with the story of workers at Carrier and the nearby Rexnord ball bearing factory—another plant closing that Trump completely ignored.)

The news media presented Carrier workers as exemplars of the working class. Yet the whole of the working class is hardly ever presented or imagined by the U.S. news media. This is a nation of people with all kinds of collars. Service-sector jobs account for 80.3 percent of U.S. jobs; manufacturing, construction, and mining—the types of jobs Trump regularly cites for his economic objectives—make up only 12.6 percent, about the same percentage as health care and social assistance (part of the service sector), the fastest-growing employment category. People of all races, genders, and political persuasions inhabit the working class, and they exist as real people, not just occasionally visible and selectively cast props for presidential campaigns. But with few exceptions, America’s working class is invisible, deemed no longer newsworthy.

My concern is about journalism’s future as an inclusive social practice. Journalism critics Bill Kovach and Tom Rosenstiel offer a moral compass: “If we think of journalism as social cartography, the map should include news of all our communities, not just those with attractive demographics or strong appeal to advertisers.” Unfortunately, journalism’s “map” for years has been exclusive, consigning working-class people and their communities to obscurity—a class-based redlining of the news audience.

Where Americans found themselves on election day in 2016 was certainly the culmination of long-term trends in politics, economics, and the labor movement. But we cannot overlook the role of the news media, too. More than fifty years ago, newspapers were the leading medium of journalism. They are still the leading source of original reporting today. Thus, the centrality of newspapers to journalism and America’s democratic functioning is certain, then and now. But in the late 1960s, newspapers started on a course that has increasingly made “the less desirable customers”—the working class and people of color (often the same people)—invisible as workers and citizens in their communities.

Newspaper companies’ switch to a new business trajectory in the late 1960s and early 1970s changed the target news audience and altered the actual news narratives about the working class in U.S. journalism. Moreover, it upset the status of labor unions and upended politics through the last third of the twentieth century and beyond. The news media’s write-off of the working class set the conditions for the decline of labor news and the rise of a deeply partisan conservative media that hailed the abandoned white, working-class audience. (Working-class women and people of color had no similar emergent news media platform.) The right wing then attacked the upscale-focused mainstream news media as “elite” and ultimately as “the enemy of the people.” Given this politicized media infrastructure, the “surprise” of a Donald Trump presidency seems much less of one.

But in the news media’s repeated focus on the shift of a relatively small block of white, male, working-class voters (who, to be clear, were just some of Trump’s supporters: most of his “base” were regular Republican voters), they overlooked an even bigger group that is habitually discounted: the people who didn’t vote, who in 2016 numbered more than 90 million Americans, 40 percent of the citizens who were eligible to vote. If “Did Not Vote” was a presidential candidate in 2016, its 90 million ballots would have easily beaten Clinton’s 65.85 million votes and Trump’s 62.98 million votes and swept the electoral college. Here is where the political story of a mostly invisible electorate reflects the story of a mostly invisible working class. Like the U.S. electorate, the working class is far larger and more heterogeneous than it is portrayed in the news media.

Christopher R. Martin is a professor of communication studies and digital journalism at the University of Northern Iowa. He is the author of No Longer Newsworthy: How the Mainstream Media Abandoned the Working Class (Cornell University Press, 2019), from which this essay is adapted. 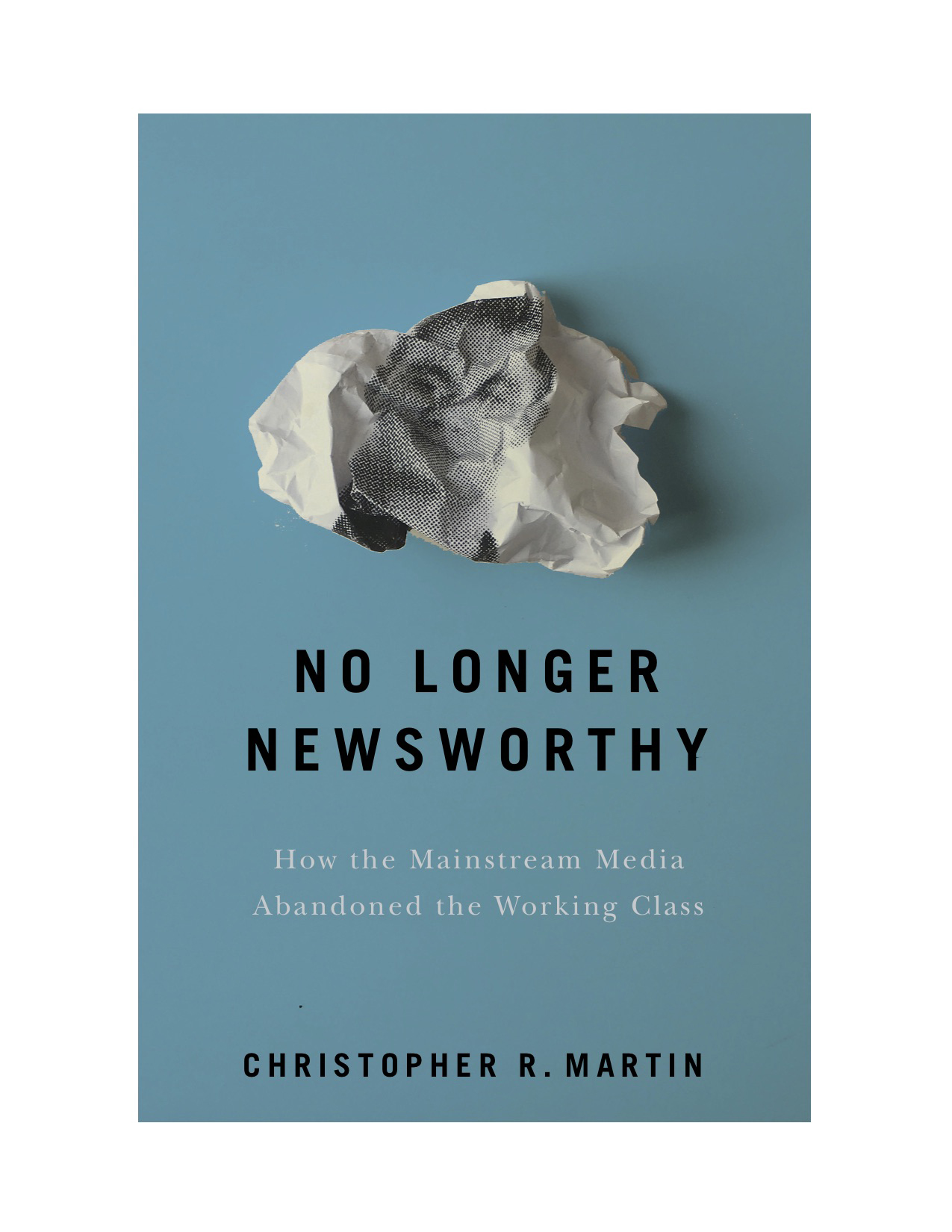