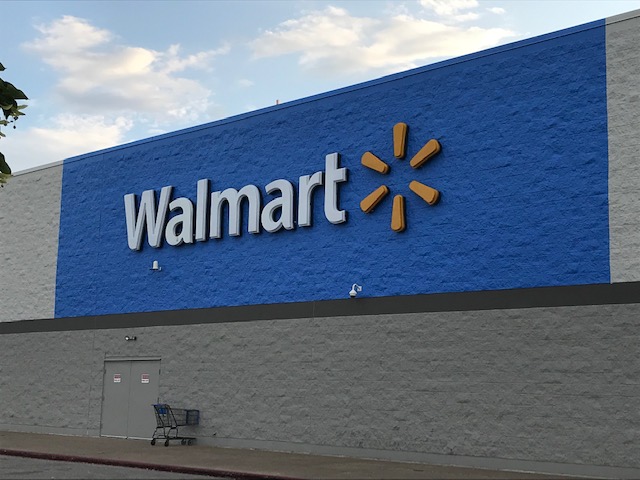 A trip to Walmart will never be the same

I was inexplicably drawn to a central Iowa Walmart Monday night. I didn’t need to buy anything, but I needed for some reason to be there – maybe to pay homage to those caught in the carnage in El Paso, and maybe to reflect a bit on what this nation has become.

The first thing I noticed was the ordinariness. People were going about their business buying clothes, school supplies for kids, groceries, prescription drugs, etc. In the face of tragedy elsewhere, life goes on everywhere else.

The second thing noticed was how a central Iowa Walmart reflected America. Inside the store were people of all ages and abilities, shapes and sizes, colors, religions, sexual orientation and socio-economic status. Some were speaking English, some not. They were all oblivious to the differences, and simply there to live their lives and prepare for the weeks and months ahead.

What struck me was that this ordinary scene, or an infinite number of other ordinary scenes in Iowa or the heartland, could very well be the scene of the next mass shooting. The unfathomable could occur in our backyard. The next person full of rage, the person indoctrinated to an us vs. them creed, the person with a need for attention or power, or the person for unknown reasons living life on the fringe could very well take the lives of people in our hometowns; some of whom we know well, or those we dearly love.

While such a thought has been off the radar for us, my guess is that it was also off the radar for those in El Paso until a few days ago. Reality is that hate, jealousy, inferiority, weakness, mental illness or whatever it is that drives people to violence can exist anywhere.

My guess is that most Americans were upset about gun violence years ago, and are now outraged at those in leadership positions who have done nothing to deal with the fundamental problems. I, for one, am sick and tired of elected leaders who offer their thoughts and prayers, and who indicate that something should be done but who don’t have the guts to do what’s needed. Their inaction is inexcusable.

My challenge to our elected leaders at the state and federal level is to do your damn jobs. That means worrying about your constituents, not worrying about your next election. It means having a spine and standing up to the gun lobby. It means breaking with the president and saying what is obvious – that his words and antics have fanned the flames of fear, distrust and outright hatred in this nation.

It means doing what’s right, regardless of polling, campaign contributors, or the loud voices on social media, radio, or cable TV.

If you can’t or won’t do what is right, prepare to vacate your seat at the next election. Your time will be up. Someone who cares more, and has more courage, will be prepared to show you the door.

Top photo provided by John Hale and published with permission.