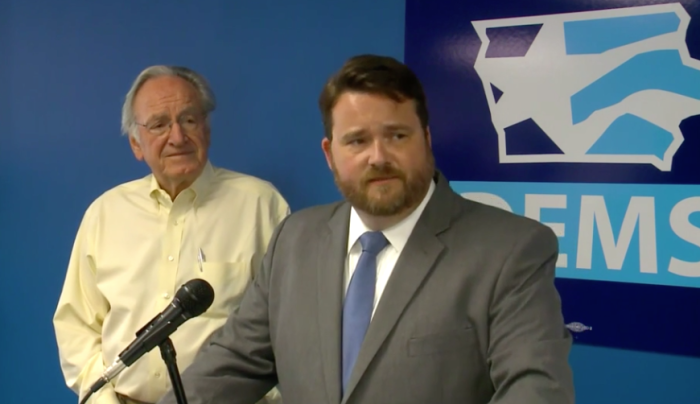 For decades, Iowa Democratic Party leaders have avoided any meaningful reforms to make the Iowa caucuses more accessible, so as not to trigger objections from New Hampshire Secretary of State Bill Gardner.

The plan to expand participation in 2020 through a call-in "virtual caucus" was carefully crafted to avoid pushing any of Gardner's buttons.

Now that the virtual caucus is officially dead, party leaders must choose one of two paths: fight for Iowans who have historically had no voice in selecting our party's presidential nominee, or continue to put keeping the peace with New Hampshire at the top of their priority list.

The Democratic National Committee's Rules and Bylaws Committee formally rejected the virtual caucus plan on September 6. Iowa has two weeks to come up with an alternate plan to accommodate those who cannot be physically present at precinct caucuses. Unfortunately, the DNC again signaled that Iowa could receive a waiver from requirements to make the caucuses more accessible to those who can't attend for various reasons.

Party leaders offered mixed messages. On the conference call with DNC members, state party chair Troy Price said, "we know that our voters need these rules, and we're working with all the expediency to see what options may exist to be able to expand accessibility in our caucus process."

“While today’s decision is not unexpected, we are still disappointed. The IDP worked for a year to develop the virtual caucus proposal that was presented as part of our delegate selection plan in February, which was granted conditional approval in June. We continue to believe the virtual caucus is a tool that can preserve the spirit of our caucuses while expanding participation. We recognize the cyber threat landscape is ever changing, and we worked with potential vendors to ensure we had security protocols in place. We continue to have confidence in the abilities of our vendors to enact this process, but if the DNC does not believe the virtual caucus can be secure, then we cannot go forward. With less than five months to go, we are continuing to explore as quickly as possible what alternatives may exist in order to securely expand accessibility for the 2020 caucuses. We are continuing those conversations and we will have more updates in the coming days. But I remain as confident as ever that the First-in-the-nation Iowa Democratic Caucuses will be the most successful in our history.”

But other public statements lacked a firm promise to provide options for those who can't caucus in person.

In 2020, Iowa will be first and we will be a caucus. Today’s decision from the RBC doesn’t change our commitment to making these caucuses the most accessible, transparent, and successful ever. #IACaucus

Brennan has never been bothered much by the barriers to participation in the caucuses. When Jodi Kantor of the New York Times asked him about an emergency room worker who was unable to caucus in 2008 due to a required evening shift, Brennan responded, "there’s always the next cycle." Following the 2016 caucuses, he was among the insiders pushing for minimal changes, with a focus on not rocking the boat with New Hampshire and maintaining what Brennan called "the essential nature of a caucus."

During the September 6 DNC call, Brennan sought to lower expectations, saying, "I want to caution everyone, there are only five months until the caucuses ... which necessarily limits any options."

The most obvious solution would be to allow Democrats to weigh in on the presidential race through some kind of absentee ballot. But as John Deeth explained here, no group with influence "really wants the Iowa Democratic caucuses to have an absentee process."

Even the Des Moines Register would prefer not to expand participation beyond the boundaries of a traditional precinct caucus. Kathie Obradovich argued in her most recent column,

caucuses are not intended to be convenient. In fact, caucuses should be inconvenient. The entire process works the way it does because it forces voters to give up most of an evening in the middle of winter. Voters who are willing to make that much of a sacrifice for participation are also going to be willing to educate themselves about the issues and the candidates. Many of them are going to be willing to donate money or time to help get that candidate elected. It’s why party-building is considered an even more important goal of caucuses than nominating candidates.

Like most insiders who try to make a virtue out of unrepresentative and disenfranchising elements of the caucus system, Obradovich does not acknowledge that thousands of politically engaged Iowans are highly informed about the issues and candidates, but cannot caucus through no fault of their own.

Furthermore, the vast majority of caucus-goers have no interest in being a convention delegate or getting involved with party committees. They just want to have a voice in the presidential nominating process. In Deeth's words,

You cannot "organize" and "party build" when precinct attendance is approaching quadruple digits. You can't fix The Biggest Room Is Too Small with "better planning." You CAN fix it, you can ONLY fix it, with absentee ballots.

Not wanting to upset Bill Gardner is the main (though usually unspoken) reason Iowa Democrats haven't pursued absentee ballots. Traditionally, party leaders in Iowa and New Hampshire have presented a united front, knowing that detractors of starting the nominating process in two small, overwhelmingly white states could exploit any divisions to upend the whole nominating calendar.

The DNC shot down our state's best efforts to accommodate Gardner. Now it's past time to step up and fight for Iowans who would love to caucus but are limited by the circumstances of their lives: shift workers, caregivers, those lacking access to transportation, and people with disabilities or health conditions that preclude spending hours in an over-crowded, noisy room.

If the party doesn't want to go the absentee ballot route, at least allow several days of in-person early voting, as Nevada is planning.

Rank and file Democrats who care about giving a voice to those who have been excluded should reach out to anyone they know on Democratic committees as soon as possible.

UPDATE: Forgot to mention that if Iowa Democrats allow non-present participation in some form, caucus-goers who choose that option should account for a share of delegates that is proportional to their number. The proposal the DNC rejected would have allocated only about 9 percent of state delegates from the virtual caucus.

SECOND UPDATE: FiveThirtyEight senior science writer Maggie Koerth-Baker quoted several security experts who praised the DNC's decision on the grounds that a virtual caucus "would be massively hackable — easy to steal, and even easier to simply disrupt."