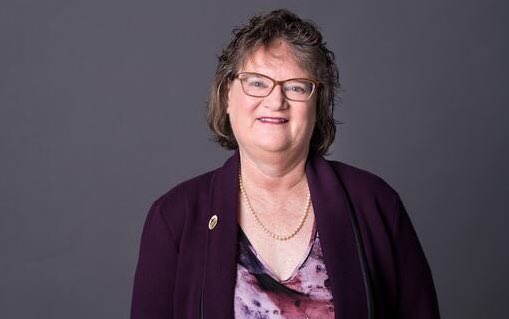 Five months after resigning as state chair of the Iowa Democratic Party, Troy Price will join the party’s State Central Committee as vice chair of the Stonewall Caucus.

The party’s governing body consists of 32 district representatives (eight from each of Iowa’s four Congressional districts) and 24 members representing twelve “constituency caucuses.” State convention delegates elected the SCC members from their own Congressional districts last month. All business was conducted online due to the COVID-19 pandemic.

Democrats held online meetings on July 11 to select constituency caucus leaders. Benton Renaud won a three-way race for Stonewall Caucus chair. During his acceptance speech, he endorsed Price, who went on to defeat four other candidates for vice chair.

The Iowa Democratic Party released revised Iowa caucus results on the evening of February 18, following a recanvass of 79 precincts. Recanvass administrators changed delegate allocations in 26 precincts where the precinct chair did not properly apply the party’s rules on February 3, and revised results in three precincts after spotting data entry errors.

The adjustments shrank Pete Buttigieg’s delegate lead over Bernie Sanders to “almost nothing,” a Sanders news release declared: 563.207 state delegate equivalents to 563.127, to be precise. The Sanders campaign will request a recount in several precincts where results were not adjusted during the recanvass.

While the work of tabulating the Iowa caucus numbers nears its end, the work of restoring confidence in the process is just beginning. Events of the past few weeks exposed serious flaws in the party’s operations.

After being chosen to succeed Troy Price as state party chair on February 15, State Representative Mark Smith told reporters, “Priority number one is to get out across the state and to talk to everyday Iowans and restore the faith in the Iowa Democratic Party.” A few places he could start:

Shawn Harmsen represents the second Congressional district on the Iowa Democratic Party’s State Central Committee and chaired the February 3 caucus in Iowa City precinct 6, where a little more than 500 people participated. He first posted these thoughts on Facebook on February 12. The views expressed are his own and do not represent the SCC or any of its other members. -promoted by Laura Belin

Some will be cheering today’s news. I am not one of those people. My opinion may not be popular or fashionable right now, but it is an opinion formed through years of firsthand observations and secondhand reports.

Troy Price resigning; who will replace him as Iowa Democratic Party chair?

Troy Price will soon step down as Iowa Democratic Party state chair, he informed some 60 members of the party’s State Central Committee on February 12.

In that letter (enclosed in full below), Price apologized for “unacceptable” problems with reporting the Iowa caucus results, adding that “Democrats deserved better than what happened on caucus night. I am deeply sorry for what happened and bear the responsibility for any failures on behalf of the Iowa Democratic Party.” He expressed a “desire to stay” on the job but recognized “it is time for the Iowa Democratic Party to begin looking forward, and my presence in my current role makes that more difficult.”

UPDATE: Troy Price announced on February 12 that he will step down as state party chair once the State Central Committee has chosen a successor.

What began as an embarrassing delay in reporting the Iowa caucus results has become a much bigger scandal for the Iowa Democratic Party.

Relying on misguided legal advice, party leaders are refusing to correct demonstrable errors in how county delegates were assigned in dozens of precincts. Instead, they are taking the untenable position that “incorrect math” or other mistakes made by volunteer precinct chairs “must not be changed to ensure the integrity of the process.”