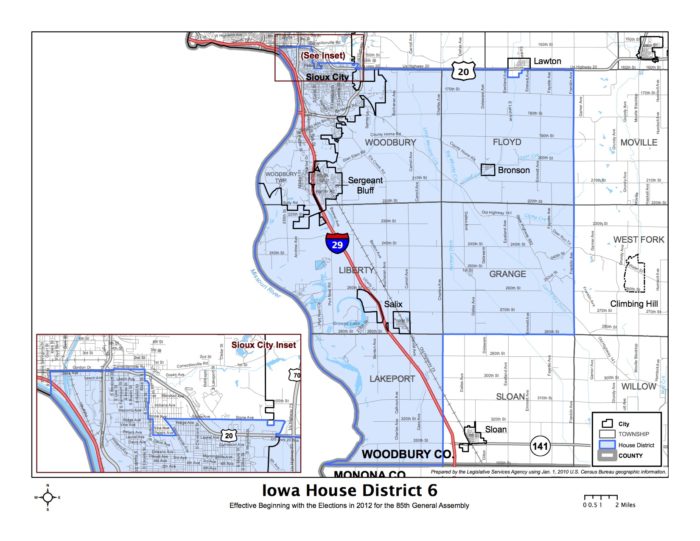 Republican Jacob Bossman won today's special election in Iowa House district 6 by 2,152 votes to 1,712 for Rita DeJong (55.6 percent to 44.3 percent), according to unofficial results. The results are disappointing, since Democratic candidate Todd Wendt carried this half of Iowa Senate district 3 just five weeks ago, and a small army of volunteers put in untold hours on GOTV for DeJong.

It's not all bad news, though.

A Democratic swing was evident.

Not only did the Iowa GOP take structural advantages into this race, the party outspent DeJong by more than $100,000 in recent weeks. Republicans did an early vote mailing, while Democrats did not, partly because of confusion over whether there would be time during the truncated campaign for the county auditor to mail absentee ballots. Republicans followed up with several direct mail pieces and a television commercial in heavy rotation to promote Bossman. Democrats relied on some radio spots and a lot of volunteer labor.

Yet Bossman won today's race by only a little more than 10 percent.

If that kind of swing plays out in more competitive House districts, Democrats are likely to pick up some seats in November--especially if the party is able to support candidates with more paid advertising and mail. DeJong improved slightly on Wendt's numbers without any television and only a little radio. Bossman's vote total (2,152) was not much higher than the 1,461 Carlin received in the same precincts last month.

But before anyone gets too excited, remember:

Since November 2016, five Iowa legislative seats have been filled through special elections. The GOP spent next to nothing in Senate district 45 and House district 89, strong Democratic seats in Davenport. Neither party spent a lot of money in House district 22, a safe Republican seat where the Democratic candidate failed to qualify for the ballot.

When Senate district 3 opened up last fall, Republicans had no reason to worry. The district delivered a 40-point margin for Trump over Hillary Clinton and contains more than twice as many registered Republicans as Democrats. So naturally, the Iowa GOP didn't pay for television commercials or any GOTV to support Carlin, who spent less than $10,000 of his campaign funds. On the same day Alabama voters sent a Democrat to the U.S. Senate for the first time in decades, a solid Democratic candidate kept Carlin's winning margin below 10 percent district-wide and embarrassed him by carrying the House district 6 precincts.

Meanwhile, Democrats picked up 15 seats in the Virginia House of Delegates in November, nearly flipping a chamber where Republicans had a 66–34 majority and a gerrymandered map. Republicans control the Iowa House by 59 seats to 41, with no gerrymandering to shield them from a potential wave.

Consequently, Iowa Democratic candidates are not likely to sneak up on GOP incumbents in this fall's state House and Senate races. Republicans showed during the last few weeks that they take nothing for granted, even in seats they should easily hold. They are also likely to have much more money available for statehouse campaigns later this year. We'll know for sure on January 19, when candidates and state lawmakers must disclose their fundraising and spending during the 2017 calendar year.

Any relevant thoughts are welcome in this thread. Josh Hughes, who knocked doors for DeJong in the bitter cold this past weekend, will soon write a precinct-level analysis of today's election, following up on his excellent post about last month's race in Senate district 3.

“First of all, I want to say thank you to Rita De Jong, her incredible team, and all of the volunteers who stepped up to make this campaign possible. While we may have come up short in this extremely tough district, I am filled with hope.

Rita’s tenacity and dedication to putting Iowa back on track brought the people of Woodbury County together and swung the district by nearly 20 points.

She was outspent 10 to 1 in a district that Donald Trump won by 30 points just last year. By all conventional political wisdom, we shouldn’t have had a shot, but 2018 is not a conventional year.

Iowans are paying attention. They know what four, even two more years of full Republican control will do to our communities, and they’ve had enough.

House District 6 is the 29th most conservative district in the state. We have the momentum, and if we work hard and keep it up, the writing is on the wall for the Iowa House Republican Majority.”