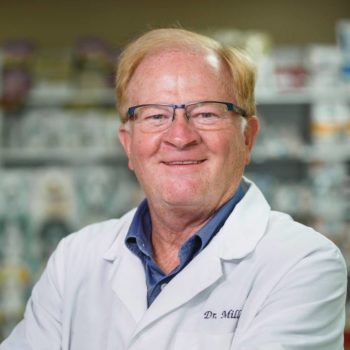 Democrat Phil Miller won today's special election in Iowa House district 82 by 4,021 votes to 3,324 for Republican Travis Harris (53.8 percent to 44.5 percent). It was a larger margin of victory than Miller's good friend Curt Hanson managed in his 2009 special election, the first state legislative race after the Iowa Supreme Court's marriage equality ruling in Varnum v Brien. The results will be a morale boost for Democrats, since Donald Trump won nearly 57.8 percent of the vote in the House district 82 precincts last year, compared to just 36.4 percent for Hillary Clinton.

The 7,476 votes cast in House district 82, according to the unofficial tally, is roughly three times higher than the turnout for the special elections earlier this year in heavily Republican House district 22 and heavily Democratic House district 89. The major parties spent hundreds of thousands of dollars on television commercials and direct mail to mobilize supporters of Miller and Harris (more on that spending below). On the other hand, turnout for this race was a bit lower than voter participation in Hanson's special election win eight years ago.

Miller's home base of Jefferson County, containing the population centers of Fairfield and Vedic City, carried him to victory.

The numbers in this table come from unofficial results posted on the Davis County auditor's website and the Twitter feeds of Iowa Secretary of State Paul Pate and Hawk Eye reporter Libby Meyer.

Miller won his home county by a lot more than Hanson did in the 2009 special election, probably because Harris has no ties to the Fairfield area, whereas the Republican candidate for the 2009 race had been a longtime Jefferson County supervisor.

As has been true in many Iowa legislative races, the Democratic advantage in absentee ballots was more than enough to overcome GOP turnout on election day. Democrats recruited more volunteers (including some state representatives and senators) to knock on doors across the district than did Republicans. That early GOTV was crucial.

Related: I corrected the post from earlier today after realizing the staffer in the Davis County elections office must have transposed the Democratic and Republican early vote numbers when reading them out to me over the phone.

Both parties were advertising on television for about four weeks before election day. Democratic spots played up Miller's four decades of experience as a local veterinarian, along with his record as a former president of the Fairfield school board. Democrats also ran a hard-hitting commercial about Harris being late to pay his property taxes and increasing taxes and fees as a school board member.

The Republicans' positive ads about Harris were cookie-cutter stuff, nothing special. It's a huge relief that the GOP demagoguery on a transgender bathroom controversy in Fairfield schools did not pay off. The second Republican attack ad against Miller touched on that issue as well but mostly focused on Obamacare and Nancy Pelosi (yes, for an Iowa House race).

For what it's worth, I still expect the Republican-controlled House and Senate to push some kind of transgender bathroom bill during the 2018 legislative session. They will want to get Democrats on record voting against it. With the state budget in shambles and hundreds of thousands of Iowa workers adversely affected by new Republican-backed laws, culture wars will be a welcome distraction for next year's statehouse campaigns.

As is typical in competitive Iowa House and Senate races, the state parties spent much more in House district 82 than the candidates did. Harris reported just $1,881.44 and $885.69 in expenditures for his own campaign. But his in-kind disclosure forms show the Republican Party of Iowa spent $168,922.98 on the race through August 4 ($41,992.01 and $126,930.97). Most of that money went toward television and radio advertising, with direct mail and digital ads the other major expenses.

Miller collected much more in contributions than Harris did, and he spent $2,928.45 on various campaign expenses, but his disclosures show most of his campaign's $40,066.55 in "spending" during the home stretch consisted of donations to the Iowa Democratic Party. In turn, the state party spent almost all of the $179.636.69 reported as in-kind donations to Miller ($51,561.71 and $128,074.98, respectively). Television advertising and direct mail were the largest expenses. The only other in-kind spending for Miller came from State Representative Chuck Isenhart, who chipped in with $50.00 on postcards to voters, and a local supporter who spent $19.98 on gifts, meals, or water for campaign volunteers.

Special elections are not always bellwethers; Hanson's win in 2009 didn't prevent more than a dozen Iowa House and Senate Democrats from losing their re-election bids in 2010. Nevertheless, today's result is proof that good Democratic candidates can still compete in Iowa's smaller towns and rural areas, where Republicans made huge gains up and down the ticket in 2016. For that reason, Miller's victory may inspire other Democrats to consider running for office next year.

P.S.- This result means that the Iowa House will have 59 Republicans and 41 Democrats during the 2018 legislative session, the same as this year.

UPDATE: I'm stunned that the Des Moines Register didn't cover the House district 82 campaign at all, to my knowledge, and reported the results only in a story less than 200 words long. Given space constraints in a printed newspaper, I wouldn't expect the Register to give this special election the same kind of treatment as this blog or Iowa Starting Line. But the Register reported a major Iowa politics story as if Miller's victory were no more significant than the two other elections to fill state House vacancies earlier this year. Democrats and Republicans don't normally spend six figures on a special legislative race.

Plus, the Register's Courtney Crowder reported extensively last summer on Fairfield's bitter public debate over transgender bathroom use policy--an issue that the Iowa GOP tried to turn to its advantage in House district 82. "The newspaper Iowa depends upon" should have mentioned that strategy and the fact that it failed to deliver for the Republican candidate.

SECOND UPDATE: NBC's Alex Seitz-Wald reported on this election in the context of other special elections around the country, where Democratic candidates have improved on Hillary Clinton's performance in 2016.

“Tonight’s victory in a district Trump won by 21 points just last fall is a testament to Democrats’ strength in deep red districts, and with Representative-elect Miller in the Iowa House we’re one step closer to regaining the chamber,” said Jessica Post, the executive director of the Democratic Legislative Campaign Committee, the official legislative campaign arm for Democrats.

There's no denying that tonight's victory is huge. Six months ago, some said that Democrats could never win again in rural Iowa. Yet, in spite of the fact that Trump won this district and the GOP ran some of the most negative and vile attacks we have seen against LGBTQ Iowans, Phil Miller and his volunteers and supporters never gave up and never got distracted. Phil Miller's campaign is proof that when Democrats step up and pitch in, there's nothing we can't accomplish, and we certainly did that in HD-82.

This campaign is just a preview of what is to come in 2018. This was a 31 point shift from red to blue. The GOP is officially on notice - no seat is safe. We will not give up, we will not back down, and we will win up and down the ballot - in both rural and urban parts of our state - in 2018.

A "31-point shift" is not comparing apples to apples, since Hanson ran for re-election unopposed in 2016. But without question, Miller improved on recent Democratic performance in this part of Iowa.

THIRD UPDATE: Pat Rynard focused on the failure of the GOP's trans-bashing strategy in his latest post.

Iowa Republican campaign advisers must have thought the issue would resonate with voters in the rural district. Some political observers in Iowa believe that Trump’s victory in the state was in part due to underlying cultural biases that led working class white voters to leave the Democratic Party. Fairfield, the largest town in House District 82 with a population of about 10,000, had gone through a long and contentious public controversy over transgender bathroom policies in 2016, and Republicans hoped to reignite that debate to weaken Miller.

Appealing to prejudice against a marginalized group is a reprehensible political tactic, whether it works or not. I would welcome confidential tips about what drove Republicans in that direction. Multiple sources in the Fairfield area confirmed that in early July, a message-testing telephone poll included questions about transgender bathroom use in schools. (Republicans often run such polls in battleground Iowa House districts.)

Did that survey indicate that raising the salience of the issue would hurt Miller more than other talking points in the script? Or was the first disgusting attack ad more of a hail-Mary pass by a party whose leaders realized they had a weak candidate in Harris?