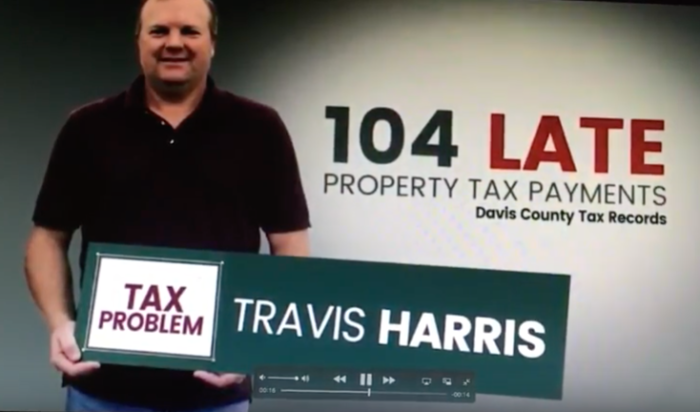 Both major parties are on the air in Iowa House district 82, where voters will choose a new state lawmaker three weeks from today. Whereas the last two special House elections happened in heavily Republican or Democratic districts, the late Curt Hanson represented a politically balanced area. The outcome on August 8 could shape the media narrative about political trends in Iowa and affect candidate recruitment for other competitive statehouse races.

Republicans were first to run negative advertising in most of the 2016 Iowa House and Senate campaigns, but Democrats defending House district 82 have already launched a brutal spot about the Republican candidate's "tax problem."

Last week, Bleeding Heartland covered background on the candidates and the political landscape in this southeast Iowa district. That post also includes the first positive ad for Democrat Phil Miller, a veterinarian and school board member in Fairfield, the district's largest town.

Since then, Republicans have introduced their nominee Travis Harris to television viewers with this spot:

Travis Harris: I loved raising our kids right here on our farm in Moulton, Iowa. [Harris speaks to the camera with a rural landscape in the background; words on screen TRAVIS HARRIS State Representative campaign logo, HARRIS FOR IOWA]

Teaching them about value of family and hard work on the farm. [As Harris speaks, viewer sees footage of him walking with his relatives on the farm; words on screen TRAVIS HARRIS STATE REPRESENTATIVE, FAMILY VALUES HARD WORK]

I'm Travis Harris and I believe our local farmers are our backbone. [Harris speaks to camera; his campaign logo and LOCAL FARMER appear next to him]

That's why I'm running, to fight for our local farmers, protect our way of life, and to give us a voice in Des Moines. [viewer sees footage of Harris on his farm, logo and HARRIS FOR IOWA, then OUR VOICE IN DES MOINES appear on screen]

I'm Travis Harris, and I'd like your vote. [Harris speaks to camera, logo and HARRIS FOR IOWA, VOTE TUESDAY AUGUST 8th on screen]

A little cookie-cutter for my tastes, but this ad should appeal to many Republican voters in a largely rural district. To my ear, "protect our way of life" foreshadows GOP attacks soon to come against Miller. A telephone poll testing messages about the Democrat featured some deceptive language about the alleged danger of permitting transgender students to use the bathroom of their choice in Fairfield schools.

As far as I know, the GOP hasn't put up any negative tv ads yet in House district 82. The Iowa Democratic Party's new spot highlights the Republican candidate's "tax problem."

Sadly for you, politician Travis Harris was on time for work, where he repeatedly raised taxes and fees on the school board, and your electric bill on a utility board. [back to first photo of "TAX PROBLEM TRAVIS HARRIS" next to words RAISED TAXES FEES UTILITY BILLS; sources provided are Moulton-Udell School Board Minutes 2007-2014 and Southern Iowa Electric Cooperative press release, 2/29/16]

Some may complain that this ad doesn't give voters a reason to support Phil Miller. But Democrats are are also running a positive spot about their candidate on local television. In a low-turnout special election, giving anti-tax voters a reason not to make the effort to cast a ballot can be helpful. Also worth noting: candidates representing the Libertarian Party and Constitution Party have qualified for the ballot in House district 82, giving conservatives who would never vote for a Democrat other options besides Harris.

Total spending on this race may top half a million dollars. Hanson prevailed in a closely-watched 2009 special election by only about 100 votes out of more than 8,000 cast.

Any relevant thoughts are welcome in this thread, especially from people who have been on the ground lately in Davis, Van Buren, or Jefferson counties.