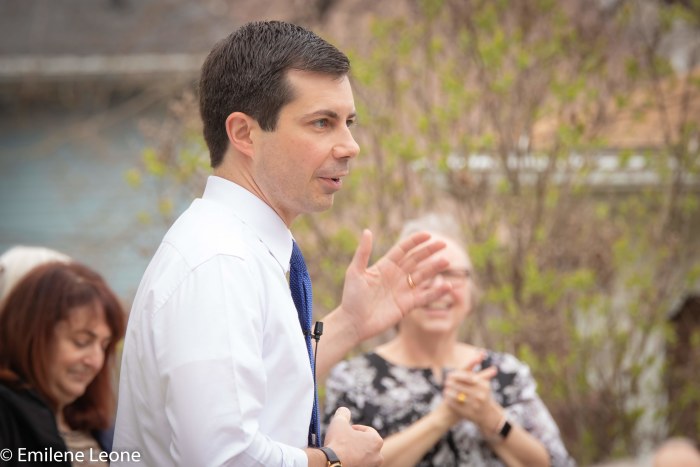 Ira Lacher counters those in his generation who say Pete Buttigieg is too young to be president. -promoted by Laura Belin

At the beginning of October, New York Times columnist Frank Bruni outlined his perfect candidate to oppose Donald Trump in 2020 — and win:

Bruni went on to say:

Only one of the Democratic presidential aspirants who have gained discernible traction, raised real money and taken up seemingly permanent residence in the field’s Top 5 meets all of the above criteria: Pete Buttigieg, the openly gay mayor of South Bend, Ind.

And then, having raised Buttigieg up on a pedestal, Bruni pulled it out from under him because Pete Buttigieg, an intelligent, middle-of-the-road, thoughtful, well-spoken Iraq War veteran, has the nerve to be 37 years old.

Even my wife, Lisa, whom I trust implicitly on how she perceives people, had this misgiving. “He just doesn’t have the life experience to become president,” she tells me.

To which I must disagree. I intend to work hard for his nomination.

As a child of the late 60s and early 70s, I heard constantly the mantra, “Never trust anyone over 30.” People who were over 30 had lied to us: lied us into believing that money was the only worthwhile pursuit, lied us into a war we were dying in before we reached age 20, lied us into accepting a world choking on poison air, water and racism, and, lied to us that a thermonuclear war was winnable.

And now, we’re told never to trust anyone under what, 60? Because Gen-Xers are too money-hungry, Gen-Zers are slackers, Millennials are apathetic tech zone-outs, and Gen-Y-ers are, well, we don’t know what they are, but give ‘em time and we’ll disparage them too.

And now we have an intelligent, middle-of-the-road, thoughtful, well-spoken Iraq War veteran who has impressed enough of us to have vaulted from out of the depths of nowhere into the top tier of Democratic candidates, according to at least one poll. Who, debate after debate, has always stood out as the still, clear voice in the room among the haranguers and the shouters and the accusers and the dividers.

Listen to what Bruni had to say about this pipsqueak:

“He routinely steers clear of extremes — on health care, on guns, on environmental issues — not because he lacks conviction or courage, at least not from where I’m sitting, but because extremes aren’t where the most progress is usually made or where healing is likeliest to happen. He’s a champion of the sensible. In that way, he seems much older than his age.”

So, what’s the problem, damn it? Why are we so afraid of younger people, like Pete Buttigieg?

Kirk Astroth, a professor at the University of Arizona, coined the term ephebiphobia, from the Latin for the youths who were exiled so they could learn to hunt, fight and survive on their own, then return to protect their communities. Astroth asserts that with the spike in juvenile crime, which peaked in 1994, older Americans conditioned themselves to fear young people. And the 24-hour news cycle endlessly magnified images of young people running amok.

Today, many older Americans, safe in gated communities, no longer worry about teenagers in hoodies attacking them on the streets. But other myths have grown up about younger workers: They’re lazy, apathetic, sloppy, difficult to relate to, impudent, and all the rest. They listen to music we can’t dance to. So we ridicule them, denigrate them, fear them. Consider them unworthy of being leaders.

Are we so old that we have forgotten how John F. Kennedy inspired us by exhorting at his inauguration that “the torch has been passed to a new generation of Americans”?

Are we so afraid of losing control that we would disdain an otherwise exemplary candidate who has one hell of a shot at repairing our Trumpocalypse?

Bruni quotes Buttigieg, who was interviewed on Buzzfeed, as saying,

“The real question of leadership, is not: Do we round up all of the good people, hope it’s more than 51 percent, come together and crush the bad people? It’s: Are we going to bring out what is better in us versus what is worse in us?”

That’s a person I want as president of a country that, in the words of Lin-Manuel Miranda, is still too “young, scrappy and hungry” to be too old.

Top photo by Emilene Leone of Pete Buttigieg in Marshalltown on April 17, 2019, published with permission.

Editor’s note: Bleeding Heartland welcomes guest posts about the Iowa caucuses, including candidate endorsements. Please read these guidelines and contact Laura Belin if you are interested in writing.