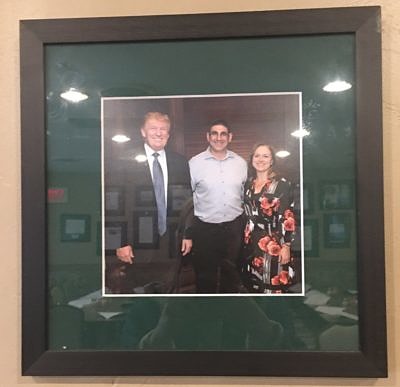 Gatto does not even live in the ward. He lives in the Southwestern Hills neighborhood, past the Des Moines Airport, miles out from Ward 4’s boundary. He claims his mother’s home as his residence, because he receives mail there and lists that address on his driver’s license and campaign documents. Clearly violating the intent of the law and the spirit of the ward system, Gatto has to game our election rules in order to run at all.

Showing questionable judgment, Gatto sought city-administered funding for blighted properties to remodel his restaurant. He applied for the poorly advertised loan program even though his business is one of the most successful southside restaurants. Gatto avoided violating conflict of interest laws by excusing himself from the vote, but he put his fellow council members in an awkward position. (They did not approve the funding.)

Meanwhile, Gatto used his position on the council to attack taco trucks and their operators because these mobile food options would be in direct competition with his restaurant. Gatto claimed that “these people,” in reference to the food truck operators, “are open whenever” and his allies on the council referred to the taco truck vendors as “unsightly transient merchants.”

Worst of all, when Gatto was caught speeding shortly after being elected to the council, he used his position to get out of the ticket – first telling the officer that “I’ll tell the chief you did a fine job,” then contacting the interim chief to get the ticket revoked. That abuse of power prompted Des Moines Register columnist Daniel Finney to devote an entire column to the incident, headlined “Gatto must go.”

While Gatto has used the influence to evade consequences for breaking the law, he has done nothing to help people of color in Des Moines who are stopped for no reason other than the color of their skin. Banning racial profiling should be common sense, but Gatto has resisted changing the discriminatory status quo. During city council meetings, he has been seen rolling his eyes when Black residents of Des Moines bravely shared their first-hand testimonies of being racially profiled. Gatto is known behind the scenes to be one of the strongest opponents of the racial profiling ban.

Gatto’s behavior suggests he took the city council seat to better his own business, not to support the growing need for development in Ward 4. As a result, Ward 4 has fallen behind, with crumbling streets and empty strip malls. Ward 4 is in desperate need of a leader who will address these issues and demand the equity its residents deserve.

That’s why Ward 4 residents should vote Gatto out on November 5 and push forward the young, passionate leadership of Chelsea Chism-Vargas, who has always called Ward 4 home. Chism-Vargas has a record of being a community advocate with a strong voice. Her conviction and dedication to her neighbors can be seen as well as felt.

A vote for Joe Gatto is not a vote for the advancement of Ward 4, but rather a vote for his own personal self-interest. Let’s vote for Ward 4; let’s vote for Chelsea Chism-Vargas.